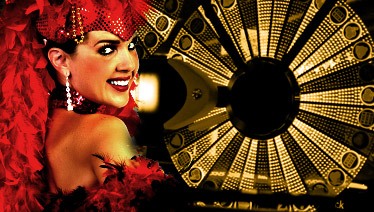 When you start to plan your next casino excursion look up Vegas online where you can find entertainment events that add fun and excitement to your Vegas adventure. It's not easy to pick which show you want to see. Tickets can be costly -- you want to make sure that you know what's available so you can make the decision that best fits your interests and preferences.

Your hotel might well have its own entertainment choices but you don't have to stay at your hotel. Look around Vegas so that you can find the right performances for you.

Some of the top May shows of Summer 2018 in Vegas include:

MGM has 4 events halls in Las Vegas and they're going to be popping this summer. Paul Simon of the '70s Duo Simon and Garfunkel will be at MGM Resorts' Grand Garden Arena on Sunday 27th May 2018 as part of his farewell tour.

Simon is a legendary songwriter, recording artist and performer. He will bring his Homeward Bound – The Farewell Tour to MGM in Las Vegas Sunday where he will treat the audience to a stunning show that highlights the last 50 years of compositions and  performances.  The audience will be treated to a repertoire of classic songs and timeless hits which have permeated and influenced popular culture for generations.

Simon sees the Homeward Bound tour as a fitting culmination of his performing career that spans the early 1960s till the present day, He plans to showcase his artistic journey as a songwriter and recording artist with all of the best-loved Paul Simon solos and Simon & Garfunkel sets.

Tenors of Rock at Harrah's

Tenors of Rock will be rocking out the Harrah's stage from May 9th to May 31st. Tenors of Rock is a new vocal group around that's comprised of five top male UK rock stars. By reinventing the standard male vocal group the band was able to create a high profile rock experience. The harmonic complexity and vocal range pushes new boundaries and sets Tenors of Rock apart.

Tensors of Rock performs a diverse set using unique and innovative sound that puts the Tensors of Rock twist on all sorts of old favorites. Hits include  Living on a Prayer, God Gave Rock N’ Roll To You, Whole Lotta Love and Sweet Child O’ Mine. Songs are sung like you have never heard them before...

Michael Jackson ONE at the Mandalay Bay Theatre

Michael Jackson ONE, performed by the Circue Du Soleil, will be featured at the Mandalay Bay Theatre  on Tuesday May 8th, Friday May 18th and Saturday May 19th. The performance centers on Jackson and how he changed musical history. By highlighting " ONE" the show pays homage to Michael Jackson through song, dance, lighting, sound and visual effects, in the same way as Jackson's performances combined these elements to electrify audiences around the world.

ONE follows four friends on their good-versus-evil quest for self-belief and solidarity. The audience follows the journey which is relayed through Michael Jackson's performance genius. The show is exciting, entertaining and electrifying and is open to audiences of all ages.

The Red Rock Casino Resort presents the Yellow Brick Road, a rollicking rock music performance that keeps the audience on their feet. The show includes songs from some of rock's biggest and best performers including Pink Floyd, Led Zeppelin, Rolling Stone and others. Yellow Brick Road is a Vegas tradition. The band has been performing in Vegas since 1997 and many visitors come to Vegas specifically to see YBR's shows. The performance combines band members' ability to mimic various rock stars' voices and mannerisms with accuracy and enthusiasm. They perform Thursday, Friday and Saturday nights at their "home" at the Red Rock Casino Resort

International Mentalist Frederic Da Silva brings his paranormal Mind Reading Magic to Ballys and Windows, both in Las Vegas. The show is filled with magic, mystery, mind-reading and hypnosis and runs daily at 4:00p.m. throughout the month of May.

The afternoons takes on a magical atmosphere when the man voted as the "Best Mentalist in Europe" stops watches, predicts events and reveals your innermost thoughts. His performances engage the whole audience with illusions and paranormal occurrences.

Fergie at the MGM Grand

Fergie returns to the MGM Grand for a one-time performance on May 13th at 11:00a.m.  Fergie is best known as the swinging vocalist in the Black Eyed Peas. The singer-songwriter is using her time wisely while the Black Eyed Peas is on indefinite hiatus to bring her exciting brand of music to Vegas as she performs old favorites and new compositions alike. Including those from her solo singles and albums.

The famous House of Blues is bringing the biggest and best Blues musician of all, Carlos Santana, to perform on Wednesday May 16th.

Santana is an icon in the world of Blues, having performed for audiences around the world since the '60s. His unique sound pioneers a fusion of rock and Latin American jazz in which melodic, blues-based guitar lines are set against Latin and African rhythms. He has won 13 Grammys including 3 Latin Grammys and 10 American Grammys. He made Rolling Stone's list of the 100 Greatest Guitarists of All Time. He will be performing at Mandalay Bay's House of Blues Restaurant in a one-time opportunity for Blues fans to enjoy his style.