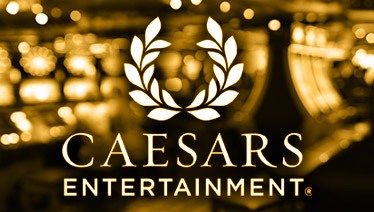 Taking a short break from our Grande Vegas online casino news, let's look at what's new at one of the most famous land-based casinos in the world.  A summary of Nevada’s biggest casinos’ fiscal standing showed that most of the $1.2 billion casino-based losses in the state could be traced to Caesars Entertainment. The casino giant’s bankruptcy restructuring was blamed since, other than that blip, the reports show that Caesars did relatively well.

Caesars has had a rocky 2018 but several positive steps are putting it in a good position to reverse that downfall and get its finances back on track in 2019.

Some of Caesars Entertainment’s recent news include:

The NFL has signed a casino sponsorship deal with Caesars Entertainment. The partnership means that the NFL will have its first official casino sponsor.

NFL isn’t yet ready to get involved in sports betting partnerships so the deal, in the meantime, only relates to Caesars’ casinos, hotel promotions, and Daily Fantasy Sports activities. Observers believe that the agreement does signal that the NFL is getting used to the idea that sports betting is here to stay and they are ready to explore how they should proceed so that sports betting brings the most benefits to the league.

The Caesars-NFL deal gives Caesars the rights to use NFL trademarks in both the UK and the US.  It might also bring future NFL Drafts and events to Caesars’ venues. NFL senior vice President Renie Anderson said  “We’re not rushing into anything. We’ll continue to look at the industry as it evolves but it still has a lot of evolving to do.”

Caesars Entertainment Group and Turner Sports have joined together to create new gaming content. Caesars is one of the casino operators that is vying for a front row seat in the sports gambling market and their partnership with Turner Sports will give them an edge.

The new Turner/Caesars deal is said to be the first between a major casino operator and a national TV network. Observers are watching other news channels such as the Disney-owned ESPN to see which network will be the next to join the movement.

To advance the partnership, Caesars will develop a studio, to be hosted by Caesars Palace. The studio will be branded with Turner’s Bleacher Report. Turner Sports President Lenny Daniels, explained that “the sports gaming industry is rapidly growing and Turner is poised to be an industry leader in the development of gaming-related content experiences. “

He expanded further. “Gaming content will be a key driver for increasing fan engagement across all platforms, including time spent watching live sporting events and other criteria that impact television viewership. We’re excited to form this groundbreaking relationship with Caesars a proven leader in sports gaming, as we collaborate to deliver the best gaming-related content experiences for our fans.”

After the 76ers’ recent visit to China, Caesars decided to pursue a deal with the NBA franchise. Caesars was encouraged by Chinese fans’ passion for the game and decided to enter into an unprecedented partnership which will introduce Prudential Center patrons to a Caesars Club sports betting experience. Caesars Club is a 5,000 square foot premium restaurant/bar which is located on the arena's main concourse.

Adam Davis, chief revenue officer with Prudential Center and the New Jersey Devils described the benefits of the deal from the standpoint of the Center and the team. "Prudential Center and Caesars Entertainment are industry leaders in sports and entertainment. Caesars Club is a natural way to recreate the world-class Caesars experience for New Jersey Devils Premium Seat members and one million event goers that attend concerts and live events at 'The Rock' annually."

The deal allows Caesars to promote three of its signature brands to the Philadelphia 76ers’ fanbase. This includes Harrah's Philadelphia, the company’s largest East coast casino property. The proximity of the 76ers and the Devils’ fans to Caesars' Pennsylvania properties is driving the transaction. Caesars operates four properties within 150 miles of the Wells Fargo Center, home of the 76ers, and the Prudential Center. The 76ers’ large fanbase in China is also a factor – the team competed in two preseason games there and their fanbase continues to expand.

At this point, the next step for Caesars is to wait for the Pennsylvania Gaming Control Board to accept Harrah’s Philadelphia sports betting license application. If so, a Harrahs sports betting app will become operational in Pennsylvania by early 2019. The arrangement between Caesars and the 76ers will allow sports bettors to access Caesars Casino & Sports app.

Senior vice president of Marketing at Caesars Entertainment Michael Marino does not foresee any problems with the application and expects that the app will launch on time.  "It's just a matter of checking all the boxes to make sure that the app is secure, that location tracking works as it is supposed to and making sure that the gamer is safe," Marino said.

All of these “good news” stories come at a time that Caesars is preparing to cover its legal tab for a prolonged bankruptcy fight. Caesars Entertainment Corporation has been fighting for 3 years and now the company is being required to pay out over $160 million, to be divided up among six different law firms.

The costs are part of Caesars restructuring plan that was implemented as a result of an investigation of the casino operator’s financial affairs. The restructuring plan settles claims by creditors that, in 2015, private equity firms that control Caesars removed billions of dollars in assets before placing it into bankruptcy.

According to creditors, TPG Capital Management LP  and Apollo Global Management, which led the 2008 leveraged buyout of Caesars, put choice properties out of reach of creditors by creating affiliates. The new plan, approved by the courts, will bring the various assets back under control of Caesars Entertainment Corporation. Caesars Acquisition Corporation, other affiliates and the parent will merge and the stakes will be transferred to creditors.