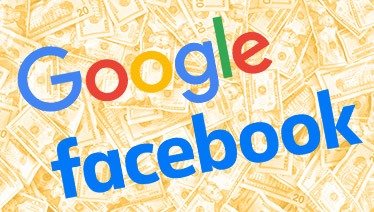 Google, Facebook and other large Internet operators are launching new features in an effort to get a piece of the growing online casinos gaming market. Twitch, the live-streaming platform which is owned by Amazon, has seen a 20% increase in usage since the coronavirus shut-down began in March and that has inspired other companies to explore how they can better utilize their own platforms in the gaming market.

The gaming industry offers a natural refuge to people of all ages and from all walks of life during the coronavirus lockdown. As people spend longer periods of time at home with little to do to keep busy, many are turning to online gaming as a way to experience entertainment during their self-isolation. The surge in gaming has brought the World Health Organization to partner with video game and technology companies on a campaign to promote social distancing.

Now, mega-companies including Google, Facebook, Amazon and ohers are examining how they can also use this opportunity to expand.

Google has given the public free access to Stadia Pro, its new gaming service. New users will be able to use Stadia Pro for 2 months before they need to pay. Laurel Walzak, a professor at Ryerson University who specializes in gaming, explains the strategy. "If gaming companies are going to provide people with free trials, they are going to integrate them into these services, which helps them build relationships with customers. Not just people who are interested in it. But people who are looking for different forms of entertainment to participate in."

Stadia is a streaming service  for cloud-based video games. Subscribers can access video games without the need to buy a game console so unlike  Xbox, PlayStation, Switch or any other console hardware, you don’t need anything other than a PC and a headset to play casino games on Stadia. Users who take advantage of the current discount offer will have free access to nine games.

Meanwhile, Facebook Gaming launched its own new gaming feature. “Tournaments” is a feature that allows users to create their own tournaments with friends and members of the general public. Once a person enters the tournament s/he can compete in a social atmosphere, which is, of course, exactly what people are looking to do in this era of social distancing.

Popular games such as Call of Duty: Warzone and Fortnite are available on the platform. The tournament creator designs his tournament with leaderboards and update brackets, invites in friends and, if he wants, the general public, to play. The proceeds go to support charitable causes. Walzak believes that the feature is exactly what Facebook users want.  "Facebook is providing their audience with an opportunity to engage with each other," he says, “while the social media giant is also creating "more loyalty to the brand."

Twitch has enjoyed a phenomenal growth spurt over the last 2 months. Amazon, which owns Twitch, wants to build on that momentum and has offered Twitch users and Amazon Prime subscribers five free games.

The games include the indie role-playing game "Earthlock" and "Turok," a reimaging of the 1990s shooting game of the same name.

Streaming and media analyst Dan Rayburn says that the usage surge that Twitch has experienced during the coronavirus lockdown “is an opportunity for gaming companies to put their brands in front of more people….The idea that they are giving away services, so consumers can see what these are like, hopefully will lead to a conversion in new subscribers or customers."

Traditional PC gaming companies are also trying to attract new customers as they look for ways to take advantage of the increase in gaming activity. Rockstar Games has been donating 5% of Red Dead Redemption and Grand Theft Auto online revenue to  businesses and communities that were impacted by the COVID-19 pandemic. At Ubisoft, users have had various offers of free downloads including the popular “Raman Legends” which normally retails at $19.99.

Electronic Arts which produces the Madden football game and 2K Games which markets sports games such as the NBA 2K game series have partnered with Fox Sports and Disney’s ESPN to create tournaments that feature well-known athletes such as former NFLer Michael Vick and Devin Durant of the Brooklyn Nets. Winnings from these competitions will go to coronavirus charities.

The World Health Organization is partnering with a number of gaming operators to promote the "Play Apart Together" campaign. The idea involves including WHO COVID-19 guidelines in games as a way of encouraging gamers to play at home. Participating companies include Twitch, Alphabet’s YouTube Gaming, Sega, Microsoft, Activision Blizzard, Zynga and Riot Games.

The goal of the program is to incorporate the importance of social distancing to combat COVID-19 into the platforms and the games. The campaign, which will include activities, rewards and special events, is remarkable in that WHO has never been a fan of gaming because gambling addiction is a worry worldwide. However, WHO has decided to acknowledge the capacity that gaming has to bring people together during the pandemic.  "It's never been more critical to ensure people stay safely connected to one another. Games are the perfect platform because they connect people through the lens of joy, purpose and meaning,” said Bobby Kotick, CEO of Activision Blizzard.

The coronavirus has shut down almost all of the world’s economy but the gaming industry continues to perform well. The biggest limitation in the industry, at present, is production, since many companies are limited by having their work force working remotely. A number of new releases have been delayed, though in some ways, the heightened anticipation bodes well for future sales.

According to Verizon, they’ve seen a gaming usage surge of as high as 75% since the March shutdown was put in place. A similar jump was registered in Italy which, the Italian telecom company believes, was fueled by Fortnite play.

Daniel Ahmad, senior analyst at Niko Partners, says that "Gaming in general is fairly recession-proof. More people engaging in gaming over the year boosts the bottom line." Ahmad forecasts an increase in 2020 YoY revenue for his company, and for the industry in general.