Google Loses the "Right to be Forgotten" Legal Battle 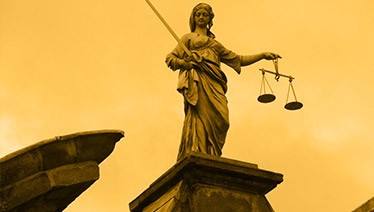 A major "freedom of information" court case for European Google users was decided this week when a UK judge ordered Google to remove old articles about a businessman's past crime from its search results. With his ruling the judge dealt a blow to Google as it supported Europe's "right to be forgotten" law.

In short, the law, which Google was testing, states that every person has the right to start anew, regardless if their past misdeeds that took place in their home, their business or in a Vegas Casino. The case revolved about two businessmen who appealed to the court to order Google to delist several articles about their old crimes.

The businessmen argued that the stories were of no public interest because they were out of date. Furthermore, they argued that the articles infringed on their right to privacy.

Justice Mark Warby ruled in favor of the plaintiff. His ruling determined that the information about the crime and the punishment had become outdated and was now "irrelevant." He noted that while both businessmen had been convicted of crimes, the winning businessman had "expressed genuine remorse." In addition, he no longer works in the same field as he did when the crime was committed. The judge wrote that "His past offending is of little, if any, relevance to anybody's assessment of his suitability to engage in relevant business activity now, or in the future.  There is no real need for anybody to be warned about that activity."

Right to be Forgotten

The case began when the two businessmen asked Google to delete the stories. Google declined, stating that there was "substantial public interest" in providing information about the complainant's "professional life."

Under the European Union's "right to be forgotten" law the businessmen turned to the court for redress. The law was adopted by the European Union as a way of addressing the rights of an individual to let his/her life develop without being stigmatized as a result of a misguided action or deed taken in the past.

The law has been controversial from the start. The questions revolve around the individual's right to rebuild their life after having made a misstep – sometimes slight and sometimes serious. Human rights activists believe that the right to be forgotten is a basic human right.

They say that current rulings that to implement such a right are vague and applaud rulings such as Warby's that set clearer boundaries for everyone to follow.

On the other side, Google and other Internet activists say that limiting the ability of sites to post freely would decrease the quality of the Internet through censorship and could lead to a rewriting of history.

Additionally, it helps individuals who committed petty crimes in their past by removing all references to their previous mistakes from online records which are accessible to everyone.

The data protection legislation is derived from numerous preexisting European legal precedents that say that, that after a certain period of time, some criminal convictions may be "spent" -- information regarding the person involved should not be available to those who might be selling them insurance or providing them with employment. While this is the norm in Europe the situation in America is different where free speech – as set out in the first amendment and codified in the "right to know" supersedes the individual's right to privacy.

While Judge Warby supported the complainants' right to "be forgotten" he declined to award damages to them. Google has said that it will " respect the judgments they have made in this case" though how they do this remains to be seen. In their statement after the ruling the Google spokesman commented that "we work hard to comply with the Right to be Forgotten, but we take great care not to remove search results that are in the public interest and will defend the public's right to access lawful information."

The UK ruling follows a 2014 ruling by the European Court of Justice that declared that search engines (Google and others) must remove certain unwanted links upon request. This set a legal precedent across the European Union and formed the base of the recent UK ruling. The 2014 case stemmed from a Spanish man's attempts to remove old links to his debt problems.

Since that time Google has received over two million requests to remove URLs from European Google. According to Google's own transparency report, 8% of these requests were related to "crime" and 7% were related to "professional wrongdoing."

In the report, Google summarized the 2014 ruling, saying that "the European Court of Justice established the “right to be forgotten,” or more accurately, the “right to delist,” allowing Europeans to ask search engines to delist information about themselves from search results."

In the report Google committed to "consider if the information in question is “inaccurate, inadequate, irrelevant or excessive”—and whether there is a public interest in the information remaining available in search results.

The UK ruling will put pressure on Google and other search engines to  go further. Meg Jones is an assistant professor at Georgetown University. She researches data protection and privacy. Jones said the court's ruling "sets something of a precedent….Google has been making determinations about whether to remove criminal information, and this time they got it wrong," she said.