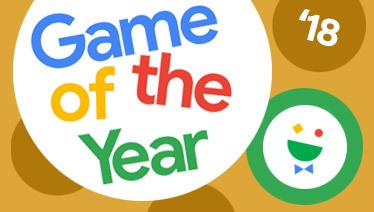 Google’s 2018 Game of the Year isn’t a review of the best of someone else’s games. It’s exactly what the game title says – the Best of 2018. What was the best? What was the most interesting? What was the most fascinating? The most compelling? The most enthralling? Subjects range from clothes and ecology to personalities, online casino NZ venues, space travel, sports, the arts and more.

Google has turned its “Trends of 2018” into a game so you can review last year’s trends in a fun and engaging way. Google’s New Game of the Year 2018 isn’t a game that’s going to overwhelm you with challenging gameplay nor one that will keep you glued to your gaming device. You just submit your name and press “play” to start playing. As you move from one question to the next you’ll be able to test yourself as to how well you know about the Google trends from 2018.

Every year Google shares its annual list of the most searched for terms of the year. Google’s 2018 list included multiple categories including “General” and others -- News, People, Actors, Sports, Loss (famous people who died), Athletes, Movies, TV Shows and Musicians and Bands.  This year Google decided to follow up that traditional list with a Game of the Year which is a quiz that’s based on the most popular searches of 2018.

The game is open to all. It’s free. You don’t have to have a Google Account to play – just click on the game link, open it and start testing your knowledge about 2018’s most inquired about trends. Each question gives you two options so you can check to see if you know whether people were more interested in dog backpacks or cat backpacks, whether they wanted to know more about Justin Trudeau or Justin Bieber, whether searchers were more focused on how to get to Mars or how to plant a tree.

This is Google’s first foray into gamifying its search results. It’s not a challenging game by any stretch of the imagination but it’s an interesting way to pass the time. You’ll learn some trivia and get new insights into your global neighbors’ interests and fascinations.

Before the game starts you can customize the sound of the virtual host, adjust the speed (slow to fast) and pitch (low to high). The game is accompanied by the natural-sounding synthesized voice created by DeepMind’s WaveNet, the same algorithms recently used to make an Australian and British accent for Google Assistant. If you prefer you can also completely mute the voice.

Every question stays on the screen for 10 seconds and after that time you are given the answer. After 3 wrong answers, the game ends but you can start playing again at any time to move forward to the new questions.  In between each round you get a corny joke or a useful fact from Google.

Points are awarded by how soon you answer with 10 seconds being the maximum amount of time allotted for each question. The questions become progressively harder as the game progresses and more possible answers are added in the later questions. There are 20 questions in all.

Once you answer enough questions correctly you’ll be invited to play Game of the Year’s bonus round. In the Bonus game, you’ll be shown a series of topics and you need to determine whether they trended more or less in 2018 than they did in 2017. You need to swipe through as many topics as possible in 10 seconds.

Some of the most interesting questions in the Google Game of the Year include:

Of course, if a tree falls in an empty forest……if you play the game and no one knows about it, why play. Google takes players to the next level with social media Facebook and Twitter buttons so each player can share how well they did with their friends and acquaintances.