Harassment of Women Gamers Shows No Signs of Abatement 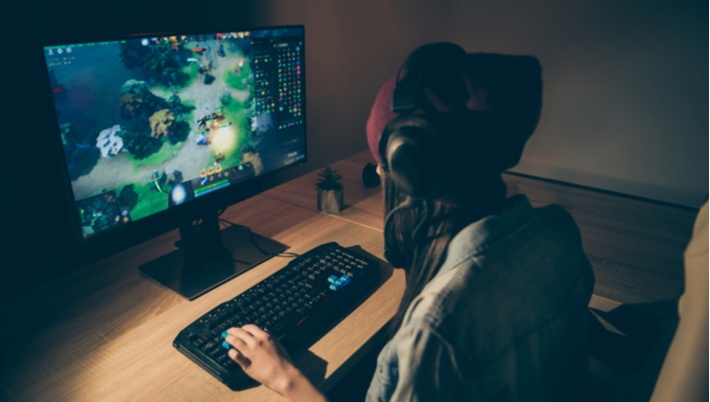 While most of us totally enjoy our online casino game play with our no deposit bonus codes, cash-backs and other perks, we, for the most part are playing alone - or maybe with our best friend and/or significant other.  There is a whole 'nother world out there where gamers are playing with other gamers from all over the planet.  And that is what we are going to look at today. - specifically at one of the problems of this "public" game play.

The PEW Research Center published a report at the beginning of the year that shows that women are three times as likely to experience online sexual harassment as men.

Women gamers are particularly vulnerable to online harassment, despite recent initiatives by gaming platforms, social media companies and industry insiders to cope with the problem. Some women say that their clips are uploaded to pornography sites, that men send them inappropriate photos and proposition them and harass them using violent language.

“I’ve had people online harassing me saying they’ll murder me and murder my family if I don’t give them attention” says Sunpi, a popular gamer.

The Independent quoted a study, carried out by Young Gamers & Gamblers Education Trust (YGAM), that found that 35 per cent of women gamers were exposed to messages with inappropriate content.  Forty percent of female gamers say that they were verbally abused while playing online multiplayer games and more than a quarter say that they have been sexually harassed by fellow gamers.

Almost one in three female gamers reported that they had been refused a place in a game because they were female.

Sunpi is a popular gamer on the Twitch streaming site. Male gamers, she said, comment on her appearance while she plays Call of Duty or Fortnite.

Supni said that even innocuous clips of her sitting fully clothed at her gaming screen have been uploaded to pornographic sites.

Sunpi streams on multiple social media platforms and has a large following. As being objectified, she said, people tell her she is a “fake gamer” and that she is faking the gaming.  “I did a blog where I went to the gym and was playing Nintendo on the treadmill, while training, to promote a healthy lifestyle while gaming,” she told The Independent.

Sunpi has been playing games since she was a child. Gaming now provides her income. “They say: ‘I don’t believe this girl plays games’. One man offered her £1,000 if she would send a video of herself farting while naked. Others suggest that she meet them.

Supni said that she is used to it and takes the harassment in her stride. But, she acknowledges, the danger can get real. One man stalked her online and tried to locate her home. The harassment has made her question herself. “All the time I question the way I dress. Also sometimes I feel stressed and overwhelmed. Recently a brand told me I was too risky. If you look at the content on my Instagram, it is not risky.”

Market research company Bryter said that between 2018 and 2020 an average of 10 per cent of female gamers were threatened with rape. In Brazil, Ingrid Oliveria Bueno da Silva, age 19, was found murdered. The investigation is focusing on a male rival gamer.

Black Girl Gamers’ Jay-Ann Lopez told The Independent that women gamers are forced to contend with a great deal of online vitriol. People hurl sexist and racist slurs at them, Lopez said. “I get emails with the n-word, or where I’m called a monkey, or a racist, or a race-baiter, or a lot of comparisons to gorillas,” Lopez told The Independent. “As a lighter-skinned black woman who is slim, I don’t experience some of the negativity to a lot of body shapes. Most women I know have experienced some kind of sexism or sexualised comments to them in gaming.”

Ms Lopez founded the gaming collective Black Girl Gamers in 2015 so that black women would be able to support each other in the face of such vitriol. She reminisced about male gamers telling her that “women belong in the kitchen” and have demanded she make them a sandwich.

Last year, dozens of women in the gaming industry went public, detailing the sexism, sexual assaults and gender-based harassments that they have had to endure. They told their stories on social media platforms including Twitter and Twitch.

One of them, Molly Barker, said that she hasn’t gamed online since being forced to face abusive taunting and harassment. Barker, who is a psychology student at a London university, said, “It’s just not even worth going online. If a man feels outclassed by a woman in a game then he is more likely to abuse her.

Lower to medium level players are more likely to abuse.” People told her to “shut up, I’ll hurt you” when she voice opinions on Twitter and messaged her asking her to pose nude when she streamed on Twitch.

“Gaming is meant to be an escape,” said Baker. “Gaming is about not thinking about things. But it allows people to abuse anonymously. It makes them more emboldened. It gives people an anonymous platform to spew toxicity.”

Facebook issued a similar statement: "There is no place for trolling, bullying or harassment on Facebook and we will remove credible threats of physical harm to individuals when reported to us. Facebook is governed by a set of Community Standards. These standards set out limits for acceptable behaviour and content. If they are broken, we move quickly and take appropriate action when we are made aware of it."

As did Twitter: "We believe that people who don't feel safe on Twitter shouldn't be burdened to report abuse to us. Previously, we only reviewed potentially abusive Tweets if they were reported to us. This isn't acceptable so we've made it a priority to reduce the burden on people to report."