Have Tricksters Ever Successfully Gotten the Best of the Casino? 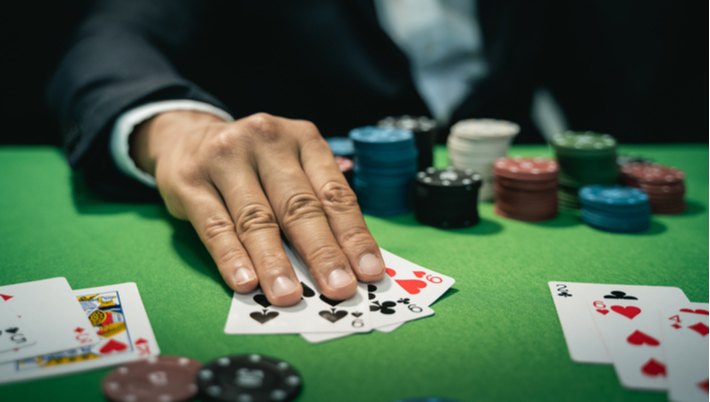 Casinos put tremendous efforts into securing their facilities to guard against swindlers, con artists, cheaters and other tricksters. It’s estimated that worldwide, casinos invest billions of dollars in surveillance, tech security and human security personnel to safeguard their interests as well as those of their customers.

Online casinos aren’t immune to scamming efforts but to date, online gaming venues like our own Grande Vegas Casino promo codes site haven’t experienced the kinds of efforts at tricking the online casino that brick-and-mortar casinos have faced.

Some of these scams have been primitive and crude but others have been surprisingly original and sophisticated. Some of the most clever casino tricks include:

In 2004 two men and a woman took the Ritz Casino in London for £1.3 million by using a method called “sector targeting” that involves using a laser built into a smartphone to predict where a roulette ball will land within the roulette wheel. They were arrested but got away with their misdeeds when it came to light that sector targeting wasn’t technically illegal so they couldn’t be charged with anything.

A group of 40 members of the Asian Tran organization managed to bribe dealers at baccarat tables throughout California. The dealers dealt the cards in such a way that gave the organization members opportunities to track the order of cards. The gang  used microphones to share information among themselves and computer programs to predict which cards might be drawn next. They collected $7 million before being caught.

Louis Colavecchio and the Counterfeit Coins

Louis Colavecchio operated for years at casinos in Connecticut and Atlantic City, using replications of tokens that he counterfeited with hardened steel dies of original tokens to use in the slot machines. The scheme ended when casinos began to wonder about the surplus of coins that they were finding on their gaming floors. His scam wasn’t particularly original – counterfeiters have been counterfeiting coins and bills for hundreds of years – but his success resulted in the gradual elimination of tokens at slot machines which have been replaced by paper vouchers.

Professional gambler Phil Ivey used a technique known as “edge sorting” to win nearly $20 million. The technique involves convincing dealers to rotate high value cards -- you might say that you’re superstitious – and then pick them out by using asymmetrical irregularities along their edges. Ivey plied his technique in London and in New Jersey. It took a court decision to determine that edge sorting is cheating which meant that Ivey had to return the money.

The Cutter Gang operates around the world and has already taken casinos for tens of millions of dollars. They use a camera hidden in a player’s cufflink to take advantage of the traditional offer to cut a deck after it’s been shuffled to slightly separate cards while the camera records the card sequence. That player then excuses himself and heads to the restroom where an accomplice takes the camera and sends the data to analysts located in a nearby hotel room who can then advise the player how to proceed.

Richard Marcus had a background as a blackjack and baccarat dealer but as a player, he engaged in a technique known as “chip stacking” by mixing up the red $5 chips with the similar-looking brown $500 chips. He would play 2 red chips sticking out from under a brown one. If he lost, he would switch out the brown chip for a red one but if he won, he made sure that he collected his full $500.

An Italian con artist was able to get an insider in the casino to mark a deck of cards with infrared link. Then using corresponding infrared contact lenses, he could “read” the cards and play accordingly. He won almost $100,000 at a Cannes casino but the ruse was discovered and when he returned he was arrested.

Dominic LoRiggio  -- also known as Dominic the Dice Dominator – says that he has discovered a method  that allows you to accurately predict a throw of the dice. According to the Dice Dominator, this “dice control” involves setting the dice, gripping them, tossing them with just the right amount of velocity + energy + rotation against the back wall and – voila! They turn up as predicted.

Is LoRiggio a con artist? That is actually unproven…..in games of craps, he does seem to have a higher-than-average ratio of correct predictions in his dice tosses. He has also made a significant amount of money by teaching his method to others and that’s a good part of what makes casinos label him a scammer – though it’s clear that they are worried about his technique because numerous casinos around the world have banned LoRiggio from playing in their venues.