How a Massachusetts State Report is Causing Mayhem in Nevada 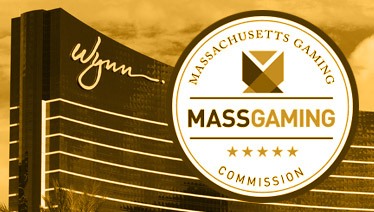 Last week a Nevada District Court judge in Clark County reaffirmed an earlier ruling that effectively blocks Massachusetts from holding a suitability hearing on whether Wynn Resorts’ can proceed with its Vegas casino Boston Encore project.

The temporary order prevents the Massachusetts Gaming Commission from releasing an investigative report that it has been compiling over the last year. The report focuses on the company’s handling of sexual harassment claims involving Steve Wynn while he was still company CEO. Wynn has denied all claims that he harassed staff members but after a Wall Street Journal report in which multiple victims were interviewed, he stepped down from his post as company CEO.

Judge Elizabeth Gonzalez extended the restraining order and advised attorneys for the commission, the resort company and Wynn to resolve their differences on how to make these documents public. Wynn filed suit to suppress the documents and transcripts because he says, they involve privileged attorney-client communications.

The court will reconvene on January 11th to hear updates from the attorneys.

Commissioners for the Massachusetts Gaming Commission had initially hoped to have the hearing in late November or early December but that has now been postponed following Steve Wynn’s filing of a six-count breach-of-contract lawsuit against lead investigator, Karen Wells and the commission.

The investigation began after sexual harassment charges were leveled against Steve Wynn who, in December 2017, was the CEO and major stockholder of Wynn Resorts. The Commission was charged with determining whether the Board of Wynn Resorts was aware that the company had paid $6.74 million to a manicurist that he forced to have sex with him.

If the commission determines that the Board was aware of the payout, Massachusetts would be forced to rethink the license that it granted to Wynn Resorts to build a casino resort in Boston Harbor. The $2.6 billion project is almost finished and Wynn Resorts plans to open it in June 2019.

The Massachusetts Gaming Commission is determined to move ahead with its hearing. “The MGC will now closely review the judge’s ruling and assess its overall impact on the investigation” the commission stated… saying “We remain committed to advancing this process and identifying the appropriate next steps to expedite the completion of Wynn’s suitability review. The MGC has a public meeting scheduled for next Thursday, and this litigation development will be on the agenda.”

Wynn Resorts was also named in Steve Wynn’s lawsuit. The company maintains that it intends to continue to cooperate with the Massachusetts Gaming Commission. The company released a statement, saying “We firmly believe that the company did nothing wrong in cooperating with the MGC’s investigation and that the documents and information in question do not violate Mr. Wynn’s attorney-client privileges. The company will continue to defend itself in this matter.”

Wynn’s lawsuit focused on whether the information provided by Steve Wynn’s attorneys to investigators, including depositions and interviews, were privileged communications. The commission has been investigating for the past 11 months.

Wynn sued the Massachusetts Gaming Commission, together with lead investigator Karen Wells, to prevent the information that they’d gathered during their investigation from being made public. An attorney for the commission referred to Steve Wynn as “a scorned plaintiff trying by hook or crook to gain some measure of control over the (Investigations and Enforcement Bureau) report.” According to the attorney, Steve Wynn’s complaint contained “incendiary, hyperbolic and offensive characterizations of Ms. Wells” and was designed “to intimidate and bully the investigator.”

Steve Wynn’s attorney, however, said it was Wells who was intimidating. He said that Wells had come to Nevada as a regulator who thought that she could do whatever she wanted.  “I think it was done to show Nevada that Massachusetts can do it better, that Nevada should have been on top of this and it wasn’t, so we’re going to show you how it’s done. If anybody was intimidating and bullying, it was Ms. Wells from the outset."

Wynn Resorts began its goal of building a casino in Massachusetts before the allegations of sexual harassment were made against Steve Wynn. Since that time, Chairman-Co-founder and CEO Steve Wynn resigned, sold all of his stock and retired from public light.

Now, the Massachusetts Gaming Commission must reconsider whether or not Wynn Resorts is the suitable company to hold the license. According to his lawsuit, Wynn believes that information in the MGC's investigative report contains privileged communications that Wynn had with his personal attorneys.  When asked to identify what information might be privileged, the attorneys stated that they can’t answer that until they know what information is contained in the report.

Observers believe that Wynn wants is to review MGC's report prior to the report being made public.  If Wynn succeeds in his suit he could potentially demand that privileged information be removed and the commission would be forced to release a sanitized version of its report.

Wynn Resorts need to salvage its Boston project. The MGC  report could possibly put Wynn Resorts out of business in Massachusetts. If that happens Wynn's standing in both Nevada and Macau could be ruined, not to mention Wynn’s chances of getting into the new Japanese casino market.

On the other hand, if MGC decides that Wynn is unsuitable, it faces additional lawsuits and will be criticized for having demonstrated its inability to properly investigate a new Massachusetts casino operator. The MGC probably hoped that Wynn Resorts would sell the Boston property and leave the state which would have made their life easier. Wynn Resorts, however, doesn’t seem to be playing the game.

Wynn Resorts is also looking to gain public support in Massachusetts. Recently, the company donated $10 million to Boston area non-profits including civic institutions and social programs. Wynn Resorts has also announced that it will sponsor an exhibit of French artist Henri de Toulouse-Lautrec, to be held jointly at the Museum of Fine Arts and the Boston Public Library.