How are Casinos Leading Gaming Tribes Out of the Pandemic? 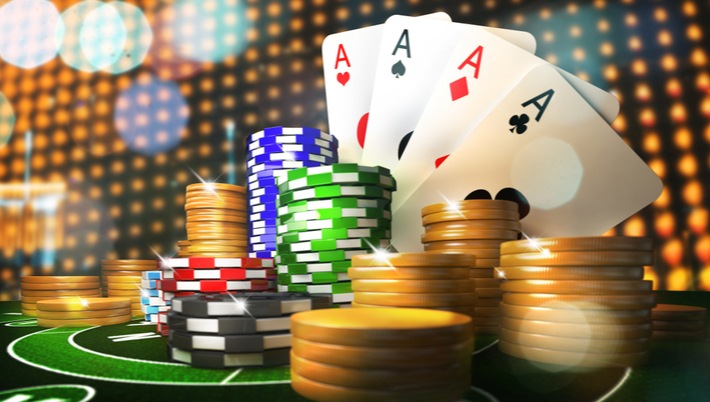 Many industries have been negatively impacted by the COVID pandemic but throughout the United States, tribal casinos are seeing unprecedented growth, both within their traditional casino sites and in the booming sectors of online casino gambling sports betting.

Some of the biggest upturns include:

During the last financial year of July 1 2020 to June 30 2021 the Oklahoma gaming industry, which is dominated by tribal casinos, broke all records to pay exclusivity fees to the State totaling $167 million. In a clear indication that the industry has bounced back from the COVID-19 pandemic shutdowns of the previous year that saw revenues hit an all-time low. The previous record was $148 million.

Oklahoma Indian Gaming Association Chairman Matthew L. Morgan said, “We are pleased that the Tribal Gaming industry in Oklahoma is recovering well from the economic challenges brought by the pandemic. Our leadership came together to take care of employees and partners during our shutdown, keeping them whole while simultaneously crafting a safe way forward. Quickly, as the scope and scale of the COVID-19 pandemic became clear, tribes mobilized and immediately began implementing safety precautions for staff and patrons, allowing them to reopen as quickly as it was safely possible to do so. Today, guests can safely enjoy a wide array of entertainment options including gaming, concerts, dining, spa services and much more at Oklahoma’s Tribal Gaming facilities.”

Oklahoma’s compacted tribes are signed onto State-Tribal Gaming Compacts which obligates them to pay the State a monthly exclusivity fee which gives them exclusive right to operate casinos. The fees are divided between the Department of Mental Health and Substance Abuse Services, the  Education Reform Revolving Fund (1017 Fund) and the General Revenue Fund.

“I would expect that there would be lots of talks about authorizing the executive to enter into those talks with the tribal partners,” said Rep. Jon Echols, House Majority Leader, who supports such legislation.  Sports betting is seen as the governor’s bargaining chip that could entice the tribes to enter into new compacts.

Florida’s governor DeSantis signed a compact with Florida’s Seminole gaming tribe in April and the state legislature approved it in May. The compact was supposed to ensure that legal sports bets could be placed in October but lawsuits have delayed – and could possibly cancel – the new Florida sports betting industry.

The Seminole tribe’s monopoly would have made wagering on sporting events legal on Seminole Tribal lands. The Seminole had planned to introduce an app for online sports betting that would allow Floridians to place mobile sports bets that would pass through a server to be located on their land.

Federal regulatory approval for the plan was granted in August but three separate  lawsuits have been filed, challenging the agreement. The lawsuits include a variety of objections.

One lawsuit was filed by the anti-gambling No Casinos which states that any expansions of casino gambling in Florida must be approved by voters as stated by Florida Constitutional law. The Seminoles say that their agreement with the State grants them an exception for new gaming but No Casinos says that the exception applies only if the compact is legal under federal law.

Two other lawsuits have been filed by two parimutuel owners, the Bonita Springs Poker Room in Lee County and Magic City Casino in Miami-Dade County. Those suits contend that the compact violates the Unlawful Internet Gaming Enforcement Act  and the federal Indian Gaming Regulatory Act because they allow bets placed outside of tribal lands.

In the meantime, Seminole Gaming is planning for victory as they hire and train new staffers for the authorized launch of sports betting and other online games.

The first legalized sports betting parlor, The Draft Room, opened at the Paragon Casino Resort in Marksville in October. Paragon is partnered with the Betfred Sportsbook and features a custom video wall, theatre seating and betting counters and kiosks.

Paragon Casino General Manager Marshall Sampson Sr.told the News-Star, “Our sports bar that connects with The Draft Room has been open since April, and our guests have been calling every day to ask when the sports book is opening. The site was inaugurated when retired New Orleans Saints star Joe Horn made the first official bet, wagering on a long-odds seven-team parlay. Even though he has to pick all 7 correct winners, Horn was optimistic. “I bet a little money to win a lot.”

Paragon is operated by the Tunica-Biloxi Tribe of Louisiana. The state legalized sports betting last year in parishes in which it was approved by voters. Paragon is not regulated by the Louisiana Gaming Control Board and for now, gamblers will only be able to place wagers in-person. Paragon officials, however, expect mobile applications to follow along with other state-licensed casino betting parlors.

Ronnie Johns, chairman of the Louisiana Gaming Control Board said “I’ve never seen such interest in something than I’ve seen in sports betting…….Mobile takes longer because the casinos use outside vendors to do that work, and those vendors haven’t been licensed yet, so they have to go through the suitability process and background checks with the State Police.”

Sports betting kiosks planned for restaurants and bars will be regulated by the Louisiana Lottery.