How Are Militaries Optimizing Gaming Among Young Recruits? 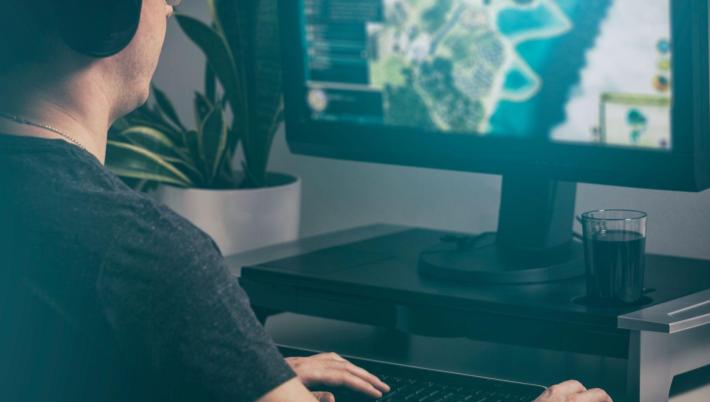 Militaries around the world are integrating the gaming culture into their recruitment, training and field operation practices. Some military leaders are frustrated by their new recruits’ perceptions of the military as a gaming adventure (maybe they're players at Grande Vegas online casino USA!).  Others believe that, by bringing a little Call of Duty excitement into the soldiers’ daily routines they can more successfully inspire and motivate young recruits to serve on a higher level.

The military’s relationship with the gaming industry has been solidifying over the years. The military uses games to train officers, recruit, maintain ties with veterans and even to change the public’s perception of what they do.  As gaming becomes an increasingly important part of society, the military’s dependence on gaming deepens as well.

Military commanders no longer need to prepare, plan and test their tactics on a worn map using wooden models, ink and parchment to represent troop movements. Today, they simply use software designed for the army – what esports enthusiasts would term “playing a game.”

Thanks to modern gaming technology, military planners can recreate the complexity of the real world inside a virtual world in order to simulate future real-life troop movements.

Improbable is a company that creates real-life warfare scenarios that is used by multiple militaries around the world. The software creates the scenes virtually so the user can see it either from a first-person perspective like in Counter Strike or from a bird’s eye perspective such as in Company of Heroes

21st century warfare is light years different than warfare of just the last century. There are numerous aspects that affect modern warfare that weren’t ever considered even 50 years ago – attacks on infrastructure, cyber-attacks, disinformation to populations, etc.

With gaming-type software, it’s possible to channel all of these elements into the software so that the decision-makers can consider how the situations will play out.

Improbable’s software resembles a management simulator game which allows military planners to see beyond troop placements and movements as they map out attacks and defenses.

According to Joe Robinson,  CEO of Defence and Security at Improbable, "Threats can come from anywhere today. It's incredibly difficult to understand how they're going to evolve and the impact on the battlefield. It's very difficult to begin to plan and train for these problems.

We enable decision-makers to try out ideas, test strategies and new equipment, and train troops to deal with these complex ever-changing environments. Very quickly it can help you understand how things impact each other and what can be learned."

Robinson points out that gaming technology can be “applied to current real-world operations…..all the way up to the orchestration of operations.” Robinson told BBC that Improbable technology is being used by military planners today who are mapping out strategies for real-life conflicts happening around the world today.

Lt Col Tim Elliot, who heads the British Army’s esports division, explains that "The whole idea is to bridge the gap between the military, locked away in our barracks, and the public who we serve…..The Army realises there's a distance growing between us and the public, so the idea is to try and bridge that gap - in order for the general public to understand what we do, and that we're basically the same as them but we wear a uniform."

Various branches of the U.S. military are training by competing in popular video games. Recently, troops from the Army and the Air Force met in a 7-hour Twitch stream to compete in the first-person-shooter Halo Infinite in the military’s first interservice gaming championship.

Overall, commanders accept the fact that a generation that has grown up with screens and online games needs to be met on its own terms. But amidst the good-natured camaraderie of the gaming sessions, questions are being raised about how gaming is being used to recruit, train and retain troops.

For one thing, say some military leaders, the gaming weakens the military culture that is necessary for the military to function properly. Additionally, the US military branches’ esports channels have been used, some say, to unethically influence young, impressionable people to enlist.

Amy Nelson, a foreign policy fellow at the Brookings Institution told the Washington Post, “Embracing the culture and the generation where they’re at now … and using that as leverage on the battlefield, but [it’s] not something to exploit in recruitment.”

The army’s embrace of gaming isn’t new. Two decades ago the Department of Defense underwrote the creation of a shooting video game called “America’s Army.” America’s Army involved role-playing as soldiers and, according to a study commissioned by the Massachusetts Institute of Technology, created a more positive view of the military among a sizeable percentage of the American public.

Over time the military came to understand that they needed to meet the public (and potential recruits) on their own space and began to field esports teams that competed on Twitch. Some of the games played by military players included Valorant, Halo and Call of Duty  who used the opportunity to engage with the audience and promote the plusses of military life.

At the same time, the various branches of the military were also beginning to understand how the skill sets of their soldiers could be augmented by games that enhanced soldiers’ technical skill sets. A study by the Office of Naval Research’s Warfighter Performance Department demonstrated that playing first-person shooting games actually created better fighters by improving participants’ peripheral vision, cognitive processing and the ability to learn tasks better.

“People who play video games are quicker at processing information,” said Ray Perez, a program officer in the Department. “Ten hours of video games can change the structure and organization of a person’s brain.”

Not everyone agrees that gaming is a positive influence in the military but it’s fairly clear to all that gaming will continue to play an important role in many of the world’s top militaries for years to come.