How are Social Instant Games Impacting the Gaming Industry? 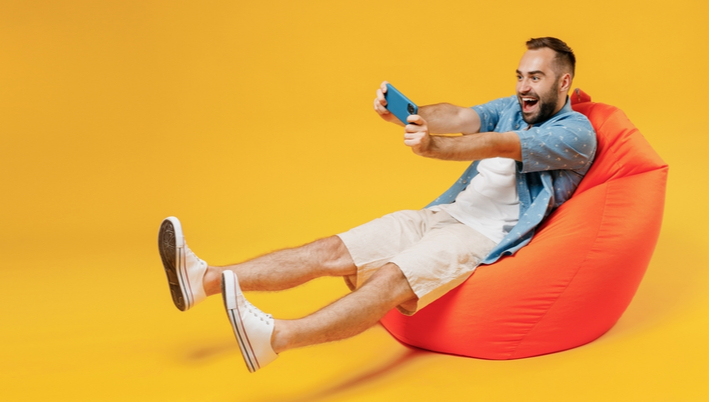 Approximately 3 billion people play games digitally every day. Most of those games are considered “casual.” Much of this type of sharable viral content is found on social media platforms where the games are played within the platform itself. This has led social media giants such as Facebook, TikTok and Snap to create one-stop social entertainment hubs where players can find everything that they need for their gaming entertainment – console games, multi-player games, handheld games, online casino including our Grande Vegas no deposit bonus codes games, mobile games and more -- within the platform’s self-contained ecosystem.

Social gaming is the fastest-growing segment of the gaming industry. It has evolved significantly since it first emerged in the year 2000 and is continuing to evolve. Game developers and publishers as well as the entire entertainment industry are struggling to keep up with the ever-changing landscape of what has become to be known as “social instant gaming.”

In the year 2000 the Flash Player, an animation and web graphics tool emerged. Flash Player could be used to create games without the need for a publisher which gave developers a new tool to get their games onto the market via social platforms. Facebook was one of the first platforms to take advantage of this opportunity. They opened a Flash games platform for 3rd party developers which introduced Zynga Poker for desktop. That was followed by the agriculture sim “Farmville”. Both games became popular quickly thanks to the introduction of a game component that granted in-game perks to gamers who invited their friends in to play.

Over time, the constant invites proved to be annoying which led Facebook to limit it but the groundwork was laid for social instant gaming.

Facebook Messenger followed and today, multiple platforms including TikTok and Snapchat are competing for audience loyalty and retention as they seek to provide new forms of interaction, improve user experience and identify new revenue streams.

The COVID-19 pandemic highlighted the importance of social games during the periods of social distancing and isolation. Social instant games aim to make it easier and more user-friendly to share games. Games played on social platforms have built-in mechanisms for the gamers to share the games with their friends and family instantly through posts and shared leaderboards on newsfeeds. People can invite their friends to join their games and can click on game shortcuts on their home screens to enter the games instantly, without the need for verifications or re-sign-ins.

Some platforms allow gamers to enter multiplayer games with their avatars, discuss the game over voice or text while playing and maximize playtime shares via push notifications and posts and provides the mechanics that push potentials for user acquisition.

All platforms share the core element of instant gaming access but each has its own specific built-in features to suit the platform’s specific audience.

Developers and publishers are eagerly exploring options for maximizing social instant gaming. They need to decide whether to make their games available on social gaming platforms in conjunction with – or instead of – the app stores. This is a question that will probably take several years to answer as the industry explores monetization tools, ecosystems and development technology.

Both mobile and web technologies are developing quickly. This makes it easier to build instant games that match the mobile counterparts in quality. Instant games are generally developed on open source or paid engines including ThreeJS, Pixi JS, PlayCanvas, Cocos 2D and Pixi JS and, increasingly, incorporate elements that are specifically geared towards the platform on which they will play.

Facebook has been one of the first platforms to grasp the importance of evolving with the landscape. Four years ago, Facebook Gaming was an open ecosystem where any developer could publish his/her games.

Facebook quickly noted that the quality of the games was not the kind of quality that they wanted to see and some of the content was inappropriate as well. They quickly changed the system to ensure that any new game that is offered on Facebook is quality tested and comes from an official partner.

Young gamers are accustomed to playing with avatars and Snap, which targets young users, features games that are unique and incorporate bitmoji avatars. Snap Games platform managers work with developers to develop outlines and concepts for games created for Snap.

They stay involved throughout the development process, listen to partners’ ideas for platform development and help the developers beta test game features.

Instant games have certain elements in common with mobile games but there are differences. Platforms are now focused on ensuring that, whenever possible, the game size allows it to be played on mobile. The social platforms want games that are multiplayer with social mechanics that make it possible for the game to go viral (“virality”).

Platforms tend to be more interested in a hypercasual game that shows good user retention and mass appeal than one that is a success at the app stores but has low virality and only a niche audience.

As tech improves, the number and diversity of social instant gaming platforms grows and knowledge of the space increases, it’s expected that studios of all sizes will see a clearer path to instant gaming success.