How are the New Japanese IRs? 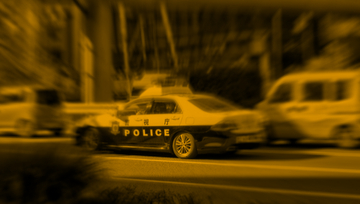 If you're looking for a new welcome bonus casino to enjoy, try Grande Vegas Casino - from the safety and security of your own home.  And stay clear of the new Japanese IRs.  Here's why.....

Security analysts are warning that, amidst the excitement about the development of Japanese Integrated Resorts, the country should prepare to block criminal gangs from infiltrating.

Last year, the Japanese parliament voted to grant three licenses for integrated resorts. Each resort will feature a gaming venue but must also include entertainment, shopping, restaurants, hotels and other vacation attractions. Currently, the government is creating a legal framework under which the casino will operate. However, security experts are concerned that there’s not enough being done to prevent organized crime from entering the scene once the IRs are up and running.

Former FBI Special Agent James Stern, who specializes in the “Yakuza,” says, “The yakuza have changed over the years, but one thing won’t change: They’re all about the money. Tradition comes second.”

The Yakuza are members of Japanese organized crime syndicates. They are known to be violent and are regarded by Japanese police as the Japanese equivalent of America’s Mafia.  The Yakuza have strict codes of conduct and are often described as quite sophisticated. They are among the world’s wealthiest criminal organizations.

Changes in the Japanese economy and legal and social developments in Japan have led to the organization’s decline. However, observers worry that, by opening casino gambling in Japan, the government will give the Yakuza a path to return, stronger than ever.

Actually, many of the domestic yakuza syndicates were originally gambling federations. They have been operating behind-the-scenes casinos for many years and are ready and willing to move into the new legal gambling scene.

James Stern, formerly of the FBI, spent much of his career dealing with organized crime. He comes from Tokyo’s downtown neighborhood of Asakusa and speaks fluent Japanese. After moving to California as a child, Stern served in the U.S. army and then joined the FBI. Due to his fluency in Japanese, and his knowledge of the Japanese culture, Stern became one of the FBI’s top experts in the world of the Yakuza.

Stern became involved in the Yakuza when Hawaii was overwhelmed by a crystal meth infiltration in the early 1990s. The drug, which was expensive and extremely addictive, was – the FBI believed – being brought in to Hawaii by a Yakuza gang from Japan. The FBI sent in Stern who was assigned to work as an undercover agent and trap the gang. Stern was successful and, after retiring, began to use his knowledge of the underworld to help governments and private concerns.

Stern worked in security at the Wynn Resorts Casino Hotel in Vegas. He  eventually became the company’s chief of security. Today he is using his experience in the casino industry, combined with his knowledge of the Japanese underworld, in his work as a consultant to firms around the world. He specializes in consulting to casinos in Las Vegas and Macau.

Today Stern heads the Global Gaming and Resort Security. One of the company’s focuses involves establishing collaborations between the FBI and local security forces. He is working with the National Police Agency in Japan to facilitate US-Japanese collaboration in controlling Yakuza infiltration into legitimate businesses.

Stern is concerned about the agencies’ ability to counter the Yakuza. “Japan is a nation of laws and I’m sure that the police will be prepared,” Stern says. “But the casinos can’t trust the police to do everything. That won’t work well.”

Thinking Outside of the Box

Stern says that the agencies must think outside of the box. It won’t be hard to keep track of known gang syndicates in Japan. However, law enforcement agencies will have to pay close attention to the syndicates’ associates. Such associates include blackmailers, loan sharks and even members’ girlfriends. Casinos can be infiltrated in a number of ways, regardless of the level of the operator’s security efforts.

Stern points to 2006, when a Yamaguchi-gumi Kodo-kai boss took over Yubitoma. Yubitoma is a school reunion website which is comparable to Classmates.com. Through that site, the Kodo-kai organization was able to gain access to the private information of over three million people in Japan and use that information to their benefit. That kind of initiative and creativity, Stern notes, could quickly destroy a casino.

Stern gives examples. If gang members access surveillance cameras or find out which guests are in the hotel and with whom, they can use that information for blackmail or extortion. “Imagine if a gangster was able to get control over a VIP host — they could do a significant amount of damage” says Stern. “There are many ways to skim money from a casino and criminals will easily figure out how to do it.”

Stern is basically optimistic about the establishment of casinos in Japan. However, he is doubtful that local law enforcement agencies will be able to stop the Yakuza from infiltrating them.

One gang member, speaking to the Asahi Shimbun media organization, already said that the Yakuza is plotting ways to infiltrate the casinos. Now that the law will allow private companies to operate legalized gambling venues in three Japanese locations, the criminal gangs are also ready to enter the market.

The high-ranking gang member who operates in the Kanto region and is affiliated with the Yamaguchi-gumi yakuza syndicate, told the media that "Once rules are decided on how to place restrictions on organized crime, we can begin thinking about ways to get around those legal barriers." He said that there are always ways to slip in and once a casino starts to operate, the Yakuza can focus on activities such as loan-sharking, placing crooked dealers at the gaming tables, etc.

"By providing hotel accommodations and airline tickets for VIPs, we can then lend them money at exorbitant interest rates," the Yakuza member said. "There is no way we would lose money."

A gang source in western Japan predicted that illegal casinos would still be able to function, since the legislation is expected to limit the number of times local Japanese citizens will be able to enter a casino over a specific time period. In addition, citizens will be obligated to pay steep entrance fees. According to the source, "Once people learn the fun of casinos, they will definitely want to visit places where there are no restrictions on entrance. Illegal casinos might even open up in regional cities."

A source at the Tokyo Metropolitan Police Department said, "In order to get around the restrictions of the law aimed at organized crime, there has been an increase in the number of members who hide their affiliation."

A number of hotel chains, are trying to weed out workers with ties to organized crime. They admit that it’s not always easy to clearly define who actually belongs to a gang. One consulting company, Security Protection Network Co, has been asked to check into gang memberships. Such checks, however, involve huge amounts of time and money.

Company vice President Tsunehito Haga, commented, "It is still unclear how thoroughly private companies will implement measures, such as restricting casino visits and dealing with shady dealers, because there is always the possibility that potential customers may stay away if the measures become too strict."