How Can Educators Incorporate Gaming for the Next Generation of Learners? 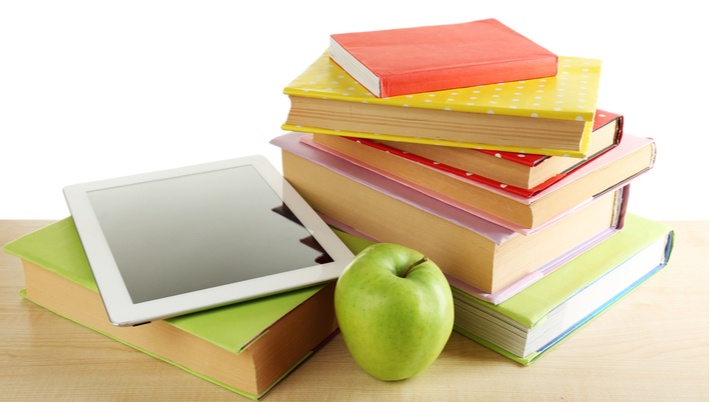 There is a growing movement within the education community that is promoting the use of games and simulations in the classroom. The development is based on the belief that students belong to the “net generation” and to the “gamer generation” – a generation that, because it has grown up with technology, has different learning styles and social interaction patterns than previous generations.

Grande Vegas Casino promo codes has been following the adoption of gaming by schools around the country. The casino reports that students seem to perform best with collaborative, active and technologically-rich learning. This means that they acquire and retain information more effectively when technology is part of the learning process.

Games in the Classroom

No one is promoting the idea that gaming is a substitute for traditional educational methods. Rather, it is to be looked at as a support tool that complements traditional teaching methods in order to improve students’ learning experiences. Games are fun and there’s no reason that information cannot be acquired in an enjoyable manner.

In addition to the information acquired and retained through the use of games, gaming also teaches other skills including adaptation, interaction, following rules, critical thinking skills, problem-solving, creativity, good sportsmanship and teamwork. It also fosters different types of learning including emotional and social learning and can motivate students to take risks.

Perhaps most importantly, a study carried out by Kahoot, a popular multiple-choice quiz game used in many educational institutions, found that gaming in the classroom improves students' attitudes toward learning and boosts their academic scores. Such skills and attitudes are no less important to one’s future life than the data that one hopes to imbue from classwork.

Principles for Gamifying a Classroom

Gameplay can be successfully incorporated into a classroom if the educator aims for variety, thinks about each game’s strategy and procedure and doesn’t let things get too complicated. Antero Garcia, an assistant professor at the Stanford Graduate School of Education, studies the impact of gaming and technology on youth civic ideas and literacy. He reminds educators that games aren’t substitutes for other forms of learning. They should be integrated into the lesson plan only when they are relevant to the learning objectives.

He suggests using games in which players encounter scenarios where they must make decisions in a low-risk setting that have immediate consequences. They should be able to try again in order to achieve better outcomes. Role playing games are especially productive, says Garcia, because they force the student to consider different perspectives which are then understood as part of a larger, holistic system.

Interactive games encourage students to explore different approaches to learning and new topics – perspectives that they might not otherwise consider, says Matthew Farber, a former teacher and assistant professor at the University of Northern Colorado.   One such example is Alba: A Wildlife Adventure in which participating players discover and protect species of endangered animals while on “mini-missions.”

The setting is low-risk and unthreatening but it promotes an understanding about how it’s possible for an individual to have a large-scale impact. The lesson could be strengthened by pre-game or post-game activity in which students read biographies about conservationists or take a nature walk to identify local ecosystems and then discuss what they can do to protect that ecosystem.

There are numerous opportunities to integrate gaming into a classroom even without involving a fully-developed game. Gamification involves weaving components – points, badges, leaderboards – into lessons to boost student motivation. Students feel that they are embarking on a “quest” which leads them to take more risks and thus learn from their mistakes.

Manju Banerjee, an associate professor and vice president of educational research and innovation at Landmark College in Putney, Vermont suggests that instead of giving an assignment, teachers can send students on a “quest” to encourage participation and reduce pressure. That can even carry over to rethinking marks – instead of giving a student a “C” on an assignment, tell him/her that s/he is at “novice level” which indicates, like a “C” that there’s still work to be done to move ahead.

Using games in the classroom, and incorporating elements of gamification, can help disguise the learning of essential skills that young learners might otherwise resist.

Cameron-Jarvis notes that she finds that games with compelling storylines are some of the most successful and most motivating educational tools for young learners. She designed a game called Discovering the Ancient Pyramids Adventure for pre-teens in which the participating players use Google Map Treks to go on a quest inside the Great Pyramid.

While inside the virtual pyramid the students use a 360-degree view of the structure to reinforce things that they already learned about Ancient Egypt in the classroom.  “It’s kind of sneaky—they don’t realize they’re learning,” said Cameron-Jarvis. “Kids are going to have a really good time, and they’re going to learn along the way.”

There are hundreds of learning apps on the market and more are being introduced every month. Three of the easiest and most popular are Kahoot, Quizlet and Quizizz which are fun quiz-like apps that reinforce material learned while allowing the teacher to assess student progress.

These games are particularly beneficial to students with special needs because it’s easier for students to succeed, makes it easy for everyone to participate at their own level and disrupts traditional learning approaches by highlighting often-overlooked skills or activities.

Some of the games can be played alone but in general, learning games are being developed in a way that encourages all players to collaborate, often in teams. During the pandemic, such games have been a lifeline for teachers searching for ways to keep students interacting while social distancing.

Cameron-Jarvis emphasizes that classroom gaming doesn’t always have to involve multi-player video games. Something as simple as posting questions on tools such as Nearpod, Flipgrid and Google Classroom promotes student interaction.

The idea is to make learning fun, and that, of course, is what playing games is all about.