How Can eSports Help U.S. Cybersecurity? 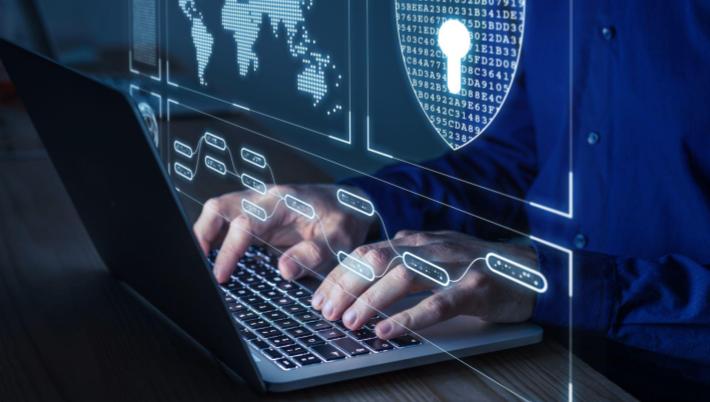 Cyberattacks by hackers, cybercriminals and even rogue governments are on the upswing. The United States is examining ways to fight these efforts which, if successful, could bring down the country’s entire infrastructure. To bolster defenses against cyberattacks the U.S. Cyber Games project, funded by the National Initiative for Cybersecurity Education which is a division of the National Institute of Standards and Technology, is looking to esports in an effort to find the most effective ways of using the tactics and skills used by video and online casino gaming pros in the anti-hacking efforts. Cyber Games was developed as a partnership between the federal government, academia and the private sector.

The Institute assembled a team of 25 Americans, ages 18 to 26, to compete against other countries in the inaugural International Cybersecurity Challenge. The games took place July 8-17 and were partially funded by tech giants including Microsoft and Google. The organizers saw the Cyber Games as an opportunity to develop “the next generation of a diverse and well-qualified community of cybersecurity talent…” and keep cyber professionals prepared for future cyber attacks and other possible disruptive efforts on the part of hackers.”

President Biden has called cybersecurity a “core national security challenge” for the U.S. There are a number of programs that the US government is running to deal with the threat but the Cyber Games project is the first to explore how gaming – and gamers – can be brought into the right.

Cyber Games was conceived as a way of appealing to a generation raised on digital gaming. The competitions were organized and promoted as a way of identifying and training suitable candidates for careers in cybersecurity. There were several types of games including king-of-the-hill games where a team would try to break into a network while the opposing team tried to defend it and  capture-the-flag-type games where a team was tasked with completing a series of puzzles that involved analyzing secret network traffic or decrypting an encrypted file.

Jessica Gulick is the founder and CEO of Katzcy, a digital marketing firm that ran the Cyber Games cybersecurity initiative. She served as the commissioner of the US Cyber Games.   “Practicing defenses in today’s world when all rules are changing is difficult. This helps them see what attacks look like in real life. “This is a safe place to see and apply those tactics. … Here, it’s okay to try and fail and try again and learn and mentor and get stronger."

Different branches of the US government have cybersecurity protocols and defenses but overall, the US Cyber Command is an independent agency and is led by the director of the National Security Agency. It has been functioning for a decade, leading the anti-hacking efforts across all U.S. military service branches. In the past the Cyber Command has recruited its staff by identifying qualified candidates from its internship programs as well as promising sailors, soldiers, air force personnel and Marines. It draws staff from both undergraduate and graduate schools, community job fairs and referrals. But by developing candidates through the Cyber Games program the Command hopes to expand its reach.

The need for qualified cybersecurity workers has never been more critical. Hackers were able to take over the livestreaming platform Twitch last year and just a few months ago, the Colonial oil pipeline was held hostage with a ransomware attack. If successful, hackers have the ability to interrupt critical infrastructure, military, governmental services and utilities.

The CIA is running its own cybersecurity programs that will work alongside Cyber Command. It has announced the launch of a new intelligence-gathering mission center and its own “Technology Fellows” program.

Retired Lt. Col. TJ O’Connor is the head coach of the US cyber team. During his service he served as a communications support officer with special forces. O’Conner noted that cybersecurity competitions present a unique platform that keeps participants up to date on the latest development in tech and security.

Hackers are constantly developing new strategies to break through cyber defenses and, says O’Conner, esports participants have a vested interest in keeping updated which people involved in other forms of computer science don’t always do. “Understanding the most likely attack is one thing you gain through Cyber Games. It’s an attack-based curriculum, and then you can plan the most appropriate strategies when they occur,” O’Connor told the Washington Post.

O’Conner chairs the cybersecurity program at Florida Tech where he teaches offensive strategies. “It’s very important to show them how to attack, and it’s not so they become attackers, it’s because you can’t defend against an unknown boogeyman you can’t explain,” he said.

One of the top competitors who represented the United states at the first International Cyber Security Challenge which was held in July is UCF graduate student Cameron Whitehead. Whitehead is studying for his degree in digital forensics. Whitehead is preparing for a career in cybersecurity and sees his position on the US Cyber Security team as a step into that role as a government cybersecurity expert.

Whitehead played the first round virtually from his home. His tasks involved finding and exploiting vulnerabilities in websites, using reverse engineering software, analyzing a forensic copy of a mobile phone and breaking encryption systems to read hidden messages, “The big challenge was completing these challenges as fast as possible,” said Whitehead, “since it was a race to see who would complete them all first and lock in the top places.

The cyber team consisted of 20 finalists who vied for a spot at the pre-event competition.