How Can Gaming Promote Social Responsibility? 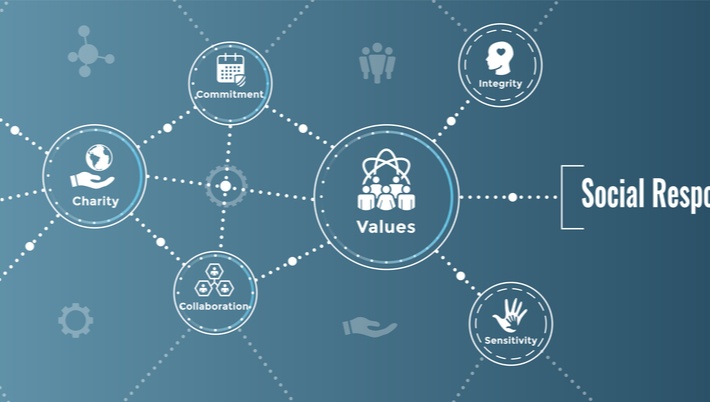 The term “social responsibility” covers a wide range of actions, businesses, activities and pursuits.  There are many claims of social responsibility that involve those who do little to act on that claim. Especially within the video gaming industry, where video games can be violent and members in the community harass players based on their sex and race, the issue is a hot-button topic.

Thankfully, violence and harassment is not something you'll find at an online casino such as here, where players are just out for some good ole Grande Vegas no deposit bonus codes FUN.  But this is not the case in all online gaming, and it's important that we are aware of what's "out there" to do our best to promote good online behavior.

The drive to act in socially responsible ways is on the rise and the attitude has become an important part of the gaming industry. Companies promoting social responsibility are, in many instances, leading the way in environmentalism, social action and calls for diversity and tolerance.

Companies are finding that promoting socially responsible games is simply good for business. In an industry that has almost doubled over the past year-and-a-half and is expected to outperform other entertainment segments, developing games that promote tolerance, environmentalism, diversity and other important issues translates into simple good business sense.

Gamers are increasingly interested in mindful games. This is especially true among Gen Zers who are, by and large, socially aware and active. One of the companies that is reading the forecast is Green Grey which has invested in Pocket Size Games (PSG), an independent game studio that is known for creating mobile games based on themes of social inequality, environmental pollution awareness, sustainable lifestyle and other social issues.

The first game on which the new PSG/ Green Grey collaboration will embark features a storyline about a world on the brink of environmental catastrophe. Dima Morozov, Green Grey founder, told Forbes that “ “Over the last quarter of a century, the world changed beyond recognition when it comes to games. Gamification is an integral part of life for new generations; we cannot do anything about that now. Games have evolved too. They teach awareness, increase processing speed and critical assessment of incoming information. Gaming companies need to understand their responsibility. We wanted to invest in social impact games with plots that address real world problems. This way commercial interests and ethics are balanced already in development. We are interested in the future of socially responsible gaming. “

Michael Casalino of Pocket Games said that his company believes that social responsibility is important in today’s business world and that many design companies and others in the gaming world want to emulate what they see in other spheres of the consumer society.

Casalino says that, in the same way that big brands like Tesla, First Solar and Beyond Meat use their influence to develop mindfulness, companies in the gaming community can and should do the same. Through gameplay and narrative it’s possible to convey messages about social responsibility.

Casalino notes that the shifting focus to games about cyber security,  ecology and mental health is a trend that seems set to continue. The trend is changing the industry and is bringing new meaning to the concept of gaming, both for large companies and for indie developers. “Our main goal” says Casalino, “is to make the players think about their personal responsibility in environmental impact.”

​​​​The growing interest in using games to promote social responsibility comes from the view that games can be a teaching tool. The individuals who are working towards a vision of gaming mindfulness realize that it’s not possible to teach people upfront. What’s preferable is to use creative license and storytelling to teach the audience about how to pay attention to issues like ecology and diversity and act on the knowledge of what’s right and what’s wrong.

Casalino says, “At the end of the day, they are having a great gaming experience, but walking down the street and seeing a piece of garbage on the ground later, they pick it up and throw it away. We have to find ways of how to get this behavior pattern added into their lifestyle rather than forcing people to do that.”

When all is said and done, the challenge with mindful gaming isn’t that different from any other type of gaming. The developers need to make sure that the game is fun, that people enjoy it and benefit from becoming part of the creative environment and that they’ll come back to play it again and again.

By including messages of social responsibility in the game in a subliminal way, it’s possible to change perceptions to include a more inclusive worldview. These are the elements that designers like Green Grey try to build into their games.

Do socially responsible games give a return on investment? Morozov says yes. His company focuses on mobile gaming which is now possible for more than half the people in the world. That means that mobile games are now the new mass media as a communication channel that combines top visuals and audio with immediate and direct engagement.

Interactive engagement has always been an element that has been missing from other forms of mass media such as TV, radio and press. By creating an environment in which tens of millions of people  are inspired to act in a more ethical and socially responsible manner, Morozov says that that’s already a ROI.

Maxim Miheyenko, Pocket Size Games advisor, says that the company’s goal is to move people towards a common future with a financially sustainable product. “ Talking about our latest deal with Green Grey, these investments made and our cooperation is a great chance to create a new generation of story-driven games for our audience. These games will help people find themselves in the virtual world – and find solutions to the global problems of the real world. That is to say, social impact is both the top success factor for our performance as a business and our core value.”