How Can Minorities Advocate for Better Representation in Games? 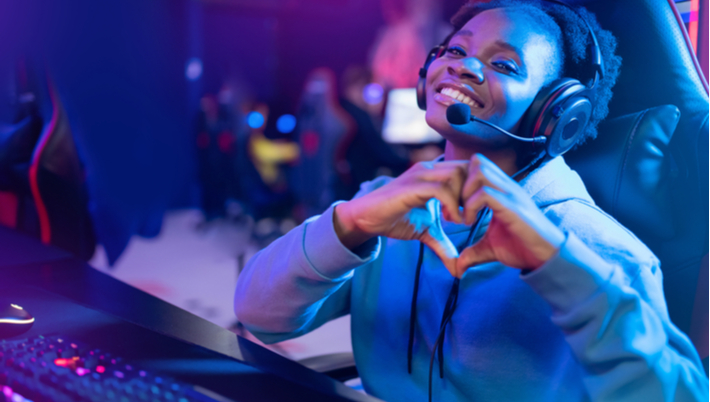 Minority gamers have been advocating for better representation in games for years but now.  Following the heightened awareness in Hollywood for more inclusion, African American and other minority industry insiders are encouraging the gaming community to focus on creating more games with more minority leads.

Not an issue in our Vegas online casino as we accept ALL players over 18 years of age, but let's read on to see what the gaming industry, in general, is grappling with.

Many minority players express dissatisfaction at the fact that they rarely see themselves represented online. Minority people play video games, they note, in percentages that mirror their numbers in the wider community. So, they ask, why aren’t there more minority leads?

The issue is especially prevalent in the black community where  People of Color are frustrated to see that, even when they are represented in lead roles, those roles are frequently  in sports games and in fighting games. African American and Latinos are over-portrayed as drug dealers and gangbangers with  inherently violent traits and personalities.

There’s also the stereotype of Asians as being fighters and of Asian woman as being sexualized. When Hispanic characters appear they generally have exaggerated accents and stereotypical swaggers. Even when minority lead characters are represented in a positive light, character development seems to be lacking more so than it does with Caucasian characters.

Some in various minority communities have begun to get pro-active in providing platforms where under-represented audiences will see themselves in the games that they play. One of the first is Glow Up Games which was founded by LaToya Peterson and is fueled by game designer Mitu Khandaker.

One of Glow Up Games’ first game experiences was built up around the HBO show Insecure. The game features a Black woman as its main character which made it a hard sell. Peterson acknowledged this, saying   “The popular understanding in the games industry was that, if you came from a games company and you had a good pitch deck, you could just raise money. But we realized really quickly that was not how it was going to be for us. We were told there was no data to justify it” – “it” being the issue of People of Color including Blacks, Asians, Hispanics and Indigenous peoples.

“They told us they don’t know how many BIPOC people are playing, particularly how many Black women are playing,” said Peterson. “Nobody cared. Funding is the hardest part. You spend so much time justifying your existence to people who have no idea about anything concerning your life, and it’s demoralizing. I really hated that process.”

African Americans are America’s largest minority group. Nielsen, which measures audience analytics, reported that in 2018 they made up 14% of the U.S. population. But while 66% of the total U.S. population aged 13 and over identified as gamers,  73% of African Americans reported that they play video games. Dr. Katryna Starks, a media psychologist and game design teacher notes that any assertion that a video game featuring a Black main character can’t sell is unfounded.

“In my research, I had participants play various games, one with a white female protagonist and one with a Black female protagonist, and the results were very similar,” said Dr. Starks.  “People cared about the adventure in the game, and there were no negative connotations with regard to the characters’ races.”

For children, representation becomes even more crucial. Dr. Starks told the New York Times that relationships with characters have a social cognitive impact on gamers. Such identification can strengthen a sense of social support and identity. “The absence of Black characters in games is a very serious problem,” Dr. Starks said. “Black kids aren’t seeing themselves as the heroes, they aren’t seeing themselves solving the problems and wearing the capes. We deserve to feel that these gaming worlds were made for us to be in, too, and that we belong there.”

The film and TV industry is making progress in bringing minority actors to the screen but critics point out that there’s still a lack of representation  for minorities behind the cameras – as producers, directors and other behind-the-camera roles. In the same way, minority creators in the gaming industry are also under-represented. According to a March 2021  Fortune report, the gaming industry generates 428,000 jobs nationwide but only 2% of those employees are Black.

Neil Jones, a black game developer, claims that the big studios make it difficult for a member of a minority to break into the industry. “I was giving up on the game industry because I really couldn’t find an opportunity,” Mr. Jones said. “I spent almost 10 years applying for jobs. The game industry has historically had a type, and I didn’t fit the mold of what they thought a game developer looked like. So I decided to make a game on my own.”

For Jones, his opportunity came only when the Black gaming community supported his work which created  an opportunity for him. His first game, “Never Yield,” was released in May of 2021 thanks to Black gaming groups who, he said, “look out for Black folks in the industry.”

Sometimes it’s the little things that make it impossible for minorities to move forward. A.M. Darke, an assistant professor of digital arts and new media at the University of California, Santa Cruz, describes how she was working on a virtual reality project and needed to use a character creator.

When searching for hairstyles for Black characters she found offensive and stereotyped images. Now Darke has launched a 3-D model database for Black hair textures and styles where artists can submit images that, she hopes, will shape representations of Blackness for game designers.

But, says Darke, the gap in representation reflects the way white studio executives perceive what it is to be Black. The industry needs to hire black professionals and retain them. Shana T Bryant, a senior producer sees a long road ahead. “We’re getting more Black folks — though still very small numbers — into the front of the recruiting funnels who are getting hired,” said Bryant. “But they’re also falling out of the funnel at some point very early on in their careers.”

Bryant believes that the workplace hostility not only pushes Black professionals out of the tech career pipeline but also out of adjacent spaces, such as networking events, professional conferences, social calendars, etc. Ms. Bryant adds, “So much of success in tech is built on inclusion, and when access is withheld, it results in further marginalization and eventual departure from the industry altogether.”

It will also take some time to see the impact of 2020’s racial justice protests, she said: “A high-budget, quality game takes five to seven years to develop.”

Some progress has been made but when you look at gaming conferences, it becomes clear how much more work there is to do. These conferences attract the industry’s top power brokers where they share information about building a career.

Attending a conference costs thousands of dollars which puts them out of the ballpark for Black industry professionals who don’t have links yet to a major studio.

Bryant is waiting for minorities to find representation at these conferences. “​​I play a game when I go to the Game Developers Conference every year: I count up the number of Black women I see there,” Ms. she said. “It’s still very low. I’ve been counting since 2007, and I’m just hoping for the year where there are so many that I lose count.”