How Can Play-To-Earn Help You? 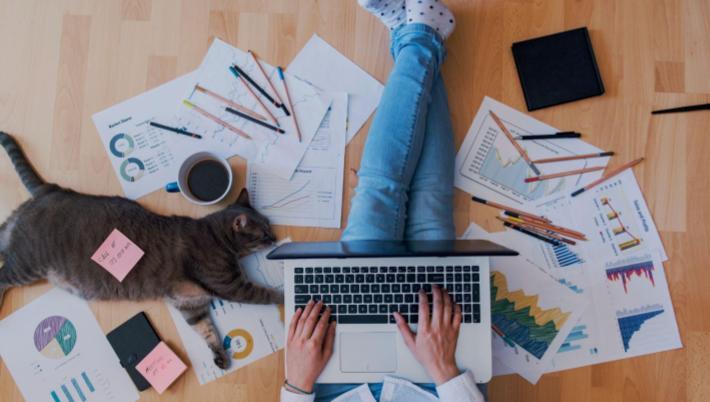 Web 3 and the Metaverse are changing the paradigm of the gaming industry with pay-to-earn games in which players collect cryptocurrencies or NFTs and then generate income through the sale of those NFTs or by earning cryptocurrency rewards. The rewards and the NFT values can, if desired, be exchanged for fiat cash.

With pay-to-earn games, the gamer completes “microtasks” and earns rewards. These microtasks can generally be completed in a short amount of time and require no specific skills or knowledge. No coding expertise is needed and, in fact, participants are often given access to tools that help them develop their own games.

Many of the play-to-earn companies are blockchain-based that bring value back to the player for both Grande Vegas no deposit bonus codes type games and video games.

Traditional gaming is often seen as a “closed-end model” where players “grind” as they perform repetitive tasks to unlock prizes or advance. These items can’t be sold or transferred which keeps them tied to the gaming companies.

Play-to-earn is a way for players to earn rewards by way of acquiring in-game assets like virtual land, crypto tokens, weapons, avatars and other non-fungible tokens. These NFTs are obtained by battling other players, completing tasks or progressing through various game levels.

Unlike traditional games, because play-to-earn games are decentralized, players can buy and transfer in-game assets outside the virtual world in which the game exists. By bringing autonomous governance and decentralization to gaming, it’s revolutionizing the industry.

Play-to-earn games are virtual economies. Each play-to-earn game has its own crypto tokens. The “tokenomics” – supply and demand of the currency vary based on the specifics of each game’s economy and model. All in-game assets can potentially provide some type of monetary benefit to players based on the microtask that they fulfilled – winning a fight, selling an in-game NFT on a marketplace, charging another player rent on virtual land, etc.

Game designer Tracy Spaight is the head of gamification at Synesis One, one of the first decentralized autonomous organizations, told BuiltIn.com, “It’s been kind of interesting to watch the evolution of it — these large-scale virtual spaces where you can have fairly complex economic systems emerge and interesting large-scale behaviors with people online. It has a very long evolution.”

Play-to-earn games rely heavily on people who pay a lot of money in these games. Equally important to these “whales” are the “minnows” – gamers who spend small amounts of money or no money on the games. The minnows become a benchmark by which the whales compare themselves and that encourages the whales to play more and spend more money. So it’s the whales that keep the games’ economies going as the hype train gets fed.

Edward Castronova, a game design professor at Indiana University describes play-to-earn games as a type of pyramid scheme. As early participants buy up virtual items and then profit on their sales, others are drawn in to participate..

“It just kind of builds on itself,” said Castronova. “ But nobody really stops to think, is there anything concretely valuable or entertaining about this thing you just bought? It’s kept up by speculative pressure.”

Olga Vorobyeva, a consultant for various blockchain-based companies, disagrees.  “When you think about a pyramid scheme, it usually means multi-layer engagements, whereas in any blockchain project it’s just peer-to-peer. There’s one layer only,” she said. “The main component of any project that is based on blockchain is the community because only the community can generate the network-like effect and incentivize other people to join.”

The key seems to be in the potential for people to own and benefit from virtual items. Spaight believes that gamers who create value for the game that they’re playing should be compensated. “[Play-to-earn] will find its space. It may not become the dominant model of how people enjoy online games, but it will be one of them…..This will be another model out there that people enjoy and profit from and participate in. I don’t think it’s a blip, I think it’s here to stay.”

Play-to-earn may have its supporters but is it a model with potential? Many observers believe that it does. They point to Axie Infinity, a blockchain-based game produced by Sky Mavis. Axie Infinity is simple to play – Pokemon-style creatures (axis) battle with gamers earning crypto-tokens called “smooth love potions.” The axis is collected, traded or bred and new NFTs can be acquired to be used, traded or sold.

The game, which debuted in 2018, was soon providing full-time jobs for people living in places like Venezuela and the Philippines, proving to people like Vorobyeva that the economic potential of these games is significant. “The more money you put in, the more money you can make,” she said.“Just like the gig economy changed the way everything works — freelancers, bloggers, YouTubers — the same will happen with gamers,” she said. “It’s really hard to say what’s going to happen in the next 10 years, but the money incentive is there.”

Spaight agrees. “People have been making a living from video games for a while now, it’s just more possible for a wider group of people to do it now,” he said. “We did see this before, but maybe they’ll do it better this time after the hype dies down.”

The gaming industry is facing the prospect of a recession. The NFT market is showing signs of cooling off, raising questions about the future of the play-to-earn sector.

But some analysts believe that the future is bright, especially as the model moves towards interconnectivity between all virtual ecosystems.

The sector is starting to attract more attention and support from traditional game designers and, says Spaight, is producing more fun titles. “I think there’ll be more financing that enables the quality level to rise. And I think it’ll happen fairly quickly,” Spaight said. “It’s going to be a bit of a gold rush.”