How Can You Make Money Gaming? 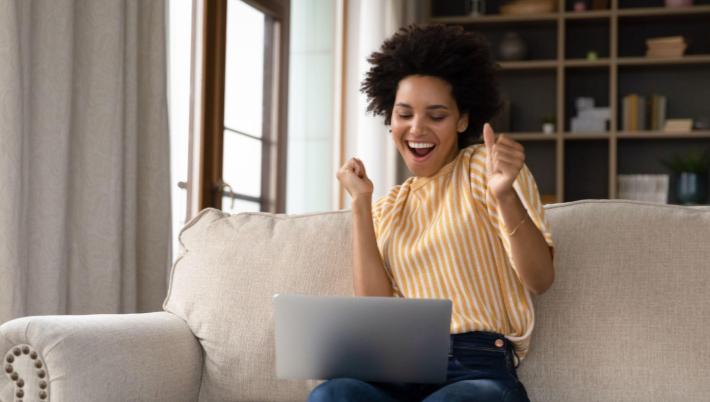 Playing games as a profession is nothing new. Some professional gamers were less than honest – scammers who traveled from one European casino to the other, cheating at the roulette wheel and at cards to get money. In the Wild West there were many professional poker players who used their skills to collect winnings in one town or outpost after another.

Now that video and Vegas casino online real money gaming is a multi-billion dollar business, the focus has switched and, worldwide, people are earning their living in the gaming business. Some of them develop and design games while others market the games and sell them.

But increasingly, gaming aficionados are making money from the actual gameplay. Such enterprises aren’t fun and no one should think that making money playing games is a walk in the park. It’s hard work, involves many hours of work every day and, due to the crowded market, is risky.

If you’d like to earn your income by playing games, by all means, give it a try!  Just keep a back-up plan.

Here are several potential ways you can start earning money by playing video games. They include:

If you think that your gameplay is on a high-enough level that others would want to see, you can stream your gaming activities. It’s not a simple process because it takes awhile to build a live stream audience and develop the kind of relationship with them that will keep them coming back, will encourage them to engage with your content and will make them want to invest in you via a subscription, a follow or purchase of something that you have to offer.

To earn a living by livestreaming, you need thousands of viewers, the ability to post constant content and something unique that will make your viewers connect with you on some kind of consistent basis.

If you want to give it a try, you’ll need a good computer that supports whatever game you’re playing, streaming software, a capture card for console play, mastery of games that viewers want to watch, fast upload speed and some special “come-on” that brings viewers to your channel as opposed to that of someone else.

The gaming industry is so vast that there are an almost endless list of topics on which to write. Game journalists write about the games, the gaming hardware, gaming software, gaming trends, gamers, esports teams and players, gaming in different areas of the world, video gaming, console gaming, online casino gaming, legal issues in the gaming world, gaming companies, game design, gaming in education and business and more.

Many media outlets are looking for knowledgeable writers who can deliver reliable reports about the gaming world. Alternately, you can start your own gaming journalism site. Keep in mind that this is a competitive sector and it’s not lucrative…..gaming journalists don’t earn a lot, especially when they’re starting out.

But if you’re prepared to work for low wages while you build up your portfolio and develop sources, reach out to different sites to introduce yourself.

The major gaming sites aren’t likely to take on a newcomer but some of the smaller and intermediate-sites might.

Most people who create guides and tutorials focus on games  and those tutorials are popular but – the more popular the game and the more people looking for such guides, the more competition you’ll have.  So it’s a decision.

In addition, there’s a special kind of writing needed to create a good guide. The writing needs to be comprehensible to the average reader, even to a beginning player. It should be entertaining as well. But you need to present the material succinctly and clearly.

Setting yourself up as an expert also takes time so you can work for quite a bit of time before you start to see results. Start out by identifying a game, figuring out what users are having trouble with and then creating material that explains concisely and as briefly as possible how to overcome that problem.

There are different types of guides that are appropriate for different kinds of games so before you start, learn more about these differences so you know which type of tutorial which be most in-demand for which type of game.

eSports is an increasingly popular sport and esports athletes compete against other esports players for prizes. There’s a lot in common between the athletes iof traditional sporting events and esports players – both need to put massive amounts of time and effort into training for their sport and then compete in front of audiences. eSports teams are fielded by various companies, universities and other sponsors who play their players to represent them in tournament competitions.

The most important thing to remember about esports is that it’s not fun – it’s work. You invest hour and hours every day in perfecting your craft before competing with others. Also, even if you’ve invested hundreds of hours and sacrificed for your craft, you can get knocked out during a tournament and leave without winning any prizes.

Hundreds of esports athletes are, however, playing professionally and if you are prepared to put in the time and effort, you might be able to as well. It’s suggested that once you’re good enough to play on a pro level, that you network with other professional players to draw attention to yourself. It’s more realistic to start small with local tournaments and then build your way up.

As a game nears completion, it needs to be playtested by someone who will look at it with fresh eyes and check  over everything to find bugs and other issues that might prevent it from playing properly. Testing games doesn’t pay well but if you are willing to start on the ground floor as an independent tester and work your way up to, perhaps, a position in the company as an internal tester, give it a go.

At a certain point in your game you might be able to flip in-game items to other players. You can sell items to collectors or to other gamers who want to use those items to advance in a game. You might also sell superfluous accounts to gamers who want to save time by buying an account that has already reached a certain level  which allows them to rank up their account's skill rating or take them directly to a higher level.

If you already have extra accounts or rare items sitting around, this strategy might work. Otherwise,  the time that you must spend to create “Smurf accounts” or acquire saleable items isn’t worth the time that you would have to put into it.

If gaming is your passion, you might find earning money through gaming to be a suitable way to make a living but for the most part, it’s hard work and not terribly lucrative.