How Can you Optimize Your Roulette Gaming Entertainment? 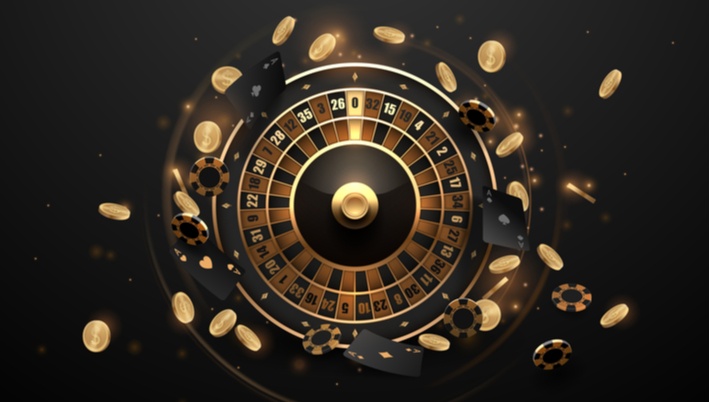 Hundreds of years after it was introduced to European high society, roulette remains one of the most popular games at the casino. Roulette is often featured in movies and other media and is portrayed as a game of excitement and glamour which adds to its allure.  But when push comes to shove, people like roulette because it combines luck and strategy in a gaming adventure of fun and excitement.

Anyone can play at the online casino where they can  throw down a bet and spin the roulette wheel to watch and see where a ball, tossed into the spinning wheel, will finally land. But if you want to optimize your roulette adventure, check out some trips from roulette experts and online casinos mavens.

Roulette has been the symbol of casino gaming for hundreds of years. Images of roulette wheels, people sitting around roulette tables and roulette betting tables are often used to illustrate the entire casino venue. Every year millions of people play roulette, either in-person or online and either for free or for real money prizes.

Many historians believe that roulette is based on an ancient Chinese board game. In the game, players arranged 37 animal figurines into a magic square. Numbers totaled 666. No one knows exactly how the original game was played in China and there are other inconsistencies between that account and the game that we know today but it is true that the numbers on the modern roulette wheel add up to 666 so there is likely some kind of link.

The next time a roulette-like game appeared was in ancient Greece and Rome. In both areas, the game seems to have become popular among soldiers who were bored as they fought their way across Europe. Archaeology finds have determined that soldiers would play a game in which they would draw symbols on the inside of a shield, place it face-down on the ground and then put an arrow next to it. By spinning the shield they would compete to see which symbol would stop in front of the arrow. Bets were placed on the spin.

Nothing more is heard about this roulette-type game until 17th century Europe when games including “Even-Odd” and “Roly Poly” emerged. In those games, a wheel would be spun and players would bet on the outcome of the spin. Blaise Pascal, a famous gambler, used those prototypes to create the roulette wheel. His wheel arrived just at the time that a number of European countries were instituting laws that would legalized gambling and the new roulette wheel quickly became wildly popular at the new Monaco gambling houses among aristocrats, royalty and socialites who frequented these new casinos.

The roulette that was played 300 years ago was almost identical to the one we are playing today, including the betting options which are also almost the same. The colors were red and black, numbers went from 1-36, there were one zero and one double zero pockets In 2842 Francois and Louis Blanc removed the double zero pocket which created European Roulette. The game moved to Germany because at that time, gambling was illegal in France and the game’s popularity spready like wildfire.

Now that there was only one zero slot in the roulette wheel, the house edge dropped to 2,70% while roulette wheels that continued with two zero slots enjoyed an an average casino average of 5.26%.With lower dds and higher return-to-player percentages, single zero roulette wheels became standard at many casinos and in most places, replaced the double zero variation.

France legalized gambling in the later part of the 19th century and Francois and Louis returned to France with their gae. Prince Charles of monaco III was eager to include it in his casinos and the single-zero game of roulette became the centerpiece of the now-famous Monte Carlo Casino Resort.   Within years, European settlers introduced roulette to the UnitedStates and the double zero version became the accepted form of play, earning it the name “American Roulette.”

Today, roulette can be found both at retail casinos and at online casino. Roulette fans have a wide variety of choices when they play online including options for both American and European roulette games and no-table minimums that allow players to play at a betting limit that fits your needs and expectations.

If you’re interested in trying a game of roulette, it’s a good idea to familiarize yourself with various elements of the game to increase your chances of winning.

You should first understand the difference between probability and odds.

Probability  refers to the chance  that an event will occur. The lower the probability, the higher the odds, meaning that the bet has less of a chance of succeeding.

There are many different types of ways to calculate your bets but if you’re just starting out in roulette, casino advisors suggest that you stick to European Roulette where your odds are higher and place outside bets that give you more of a chance to achieve success…..even if the payouts are lower than those that you’d realize with a successful inside bet.  With outside bets, there are more payouts which is, in the end, more satisfying than fewer higher-payout bets.