How Close has the Relationship Grown Between Gaming and Social Media? 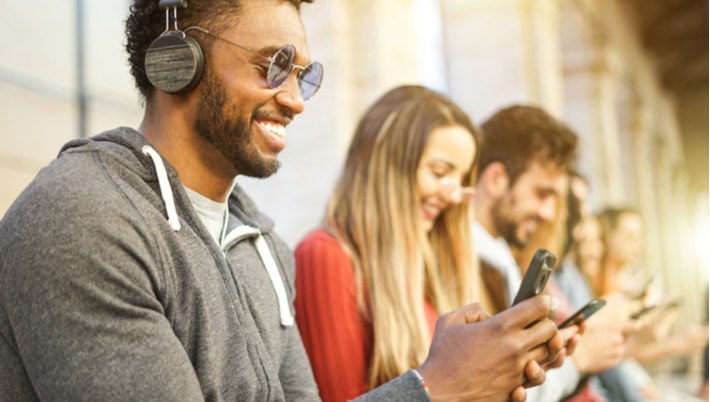 The wild success of the new Football Manager online game is one more indication of how close social media and gaming have become. Gaming is definitely the older of the two industries but over the last few years they have become increasingly reliant on one another.

Football Manager, which has morphed into a way of life for players, fans and viewers, is a game that lets you perform as the manager of a football club. You control all facets of the club and its activities including making relationships with other managers and attending press conferences. Football Manager is similar to fantasy football because both use real information about teams and football players. However, while fantasy football operates on real data pulled from genuine football games, Football Manager offers a simulation of what players in a game could achieve.

communities of hundreds of thousands of members along with live streams and other gathering points. But the game owes much of its popularity to the welcoming atmosphere that it creates thanks to tools provided by today’s social media.

The Grande Vegas online casino and other elements in the gaming world recognize the debt that gaming owes to social media and social media is coming to acknowledge the place that gaming is going to be playing in its future.

More than ever, game developers are embracing social media platforms to engage with their audiences and promote releases, promotions and other information about their games.  Estimates are that by the end of 2022 there will be more than 3 billion gamers worldwide – more than a quarter of the world’s population. The vast majority of these players are also social media consumers meaning that collaboration will benefit both industries.

One of the most lucrative ways for pro gamers to maximize social media involves online streaming where gamers stream their gaming activities online for fans to watch and discuss.

Streaming networks like Twitch have made it possible for expert streamers to earn thousands of dollars every month by delivering content and by securing advertising revenues and sponsorships.  Twitch is a streaming network as opposed to a social network but many streamers use their social media accounts on Twitter, for example, to promote streams that they have made on Twitch.

Social platforms not only facilitate friendships and online discussion but they also connect players who can then form online leagues and teams. Social media channels have proved to be vital to the booming esports market by providing key lines of communication to facilitate the connects among teammates and between the players and potential sponsors.

Smaller tournaments in particular benefit from the tools that social media gives them to promote fixtures and results and facilitate leagues that focus on lesser-known games and varying skill levels.

The growing links between social media and gaming is redefining relationship between gamers and developers. By leveraging social channels, developers can generate buzz for their upcoming releases and new DLCs. They also have to pay attention to feedback because social media is where gamers review games and post their feedback for potential customers to see.

Social media can be a big boost – or a reputation-destroyer – for a developer is the developer isn’t paying attention to the feedback being displayed on social media channels. In many cases, attending to this type of feedback allows the develop to fix bugs improve gameplay so that the bad reviews don’t make it to major review sites.

Millions of copies of Football Manager are sold every year. It’s an obsession for many Football Manager players who want a FIFA-like game without the FIFA-like atmosphere of competition and rivalry. People are also attracted to the game’s focus on football which dominates many of the discussion boards.

Most of all, however, it’s the online communities that create an atmosphere of engaging collaboration and connection, especially since the players don’t play matches themselves.

One fan noted that he was drawn to the game because of the sheer number of playable teams available as well as by the game’s customizable aspect.  Another player explained that the game is an in-depth experience in which every aspect of the team, including the individual players’ personalities, affects how the team performs.

But mental health professional Ruith Micallef has her own observation. “Whilst [it’s] certainly fun to pass the time, I suspect [FIFA] doesn’t give the same achievement in continuity as Football Manager, nor the “reality” it gives by allowing it to truly integrate into one’s life as a sense of achievement that can be returned to day after day.”

Football Manager, says Micallef, offers escapism and the chance to practice “risk” and “failure.” That can be a healthy outlet, she says, but despite the fact that some players form lifelong friendships because of the connections that the game has promoted, it can become obsessive – there have even been cases where people have flown across the world to watch a game in which a team that they’ve “managed” is playing.

That’s true across social media however but as long as players manage to keep the game in proportion, it’s a great way to enjoy an hour or two of gaming entertainment and social media interaction.