How did Video Game Live Streaming Become So Popular? 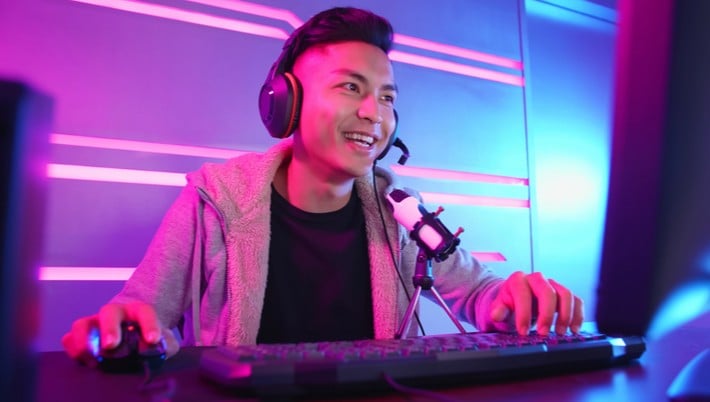 As playing online casino and video games has gained popularity, so has the live streaming of video game.  Hundreds of millions of people around the world tune in to view gaming video content every year and those videos have spawned a huge, multibillion dollar industry of platforms, influencers, gamers, advertisers and more.

Considering that just a few decades ago, no one had ever heard about such content, it seems incredible that live game streams grew by +11.7% between 2019 and 2020 (the last period for which that information is available) and is expected to grow at an annual CAGR of 9.5% over the coming years.

How did video game live streaming become as popular as a Grande Vegas casino login so quickly?

The first live stream of video gaming occurred in 2001 when a competitive match was streamed to approximately 50 people.  Twitch saw the potential and, within a few years began streaming gaming content. YouTube started their own YouTube Gaming platform in 2015 which was followed by Microsoft Mixer, Smashcast.tv and others.

For much of the history of live streaming, the streams involved people broadcasting themselves playing games while a live audience watched online. Recently, esports joined the live streaming, especially when tournaments were moved online during COVID-19 social distancing mandates.

One early pioneering streamer was Saqib “LIRIK” Ali Zahid. LIRIK launched his streaming career in 2011 on Twitch as a World of Warcraft streamer and then moved on to DayZ and PUBG. Today he has 2.7 million followers.  He is, said Ben Goldhaber, a founding employee at Twitch, “the first quintessential, giant, uber influencer on the Twitch platform that was more of a casual variety streamer, as it was eventually called….You have to point at LIRIK as someone who not only had crazy success but also identified the model of streaming 10 hours a day, six or seven days a week. With that level of consistency, you experience rapid, rapid growth over years and years and years.”

Rumay “Hafu” Wang is another Twitch pioneer who has helped clear the way for women gamers in the field of live gaming. Hafu is known for her World of Warcraft: Arena and Bloodline Champions play as well as her skills in World of Warcraft. Hafu has been dealing with woman-bashing for years and has been one of the most outspoken women gamers in confronting haters. “When you have 70,000 people watching a stream, and all you see are terrible things being said about you, it’s like, ‘why am I competing?’ she said in a 2017 interview. “[Viewers] know to press where it hurts, right? And when you show where it hurts, people will just keep pressing.”

By streaming newly-released games, consumers are better informed than ever about their choices. Secondly, streaming affords added visibility and lifespan to older games as well as to  independent and niche games and their developers. Thirdly, the growing sector of the live-streaming of the creation of games sheds light on the games industry while providing instruction and training about this type of employment path.

There’s a considerable positive economic impact of game streaming in that, by turning games into media, jobs are created. Not only do the streamers themselves make their livings through their streams but there’s a ripple effect including the  teams that keep the streaming platforms online, commentators and broadcasters, reviewers, tutors, esports trainers and managers, investors, entrepreneurs, advertisers and marketers and others.

Live game streaming has impacted on the entertainment industry in a number of ways. In an article published in the Elon Journal of Undergraduate Research in Communications, Natan Edge writes   “Streaming allows for a new type of social TV that provides an interactive platform for audiences to engage, on a personal level, with their favorite gamer personalities. With the increase in professional gamers and their fandom, streaming platforms like Twitch TV have created a new interactive Internet exclusive marketplace that does not require traditional broadcasting methods.” The new technology has been especially influential in growing esports viewership and has provided a social outlet that allows users to become more active within the esports community.

Analysts expect that the esports streaming and gaming industry will grow to $3.5 billion by 2025. A significant portion of that growth can be attributed to game streaming which has been an important factor in educating the viewing public to watch gaming entertainment online.

Fans are becoming used to the gaming ecosystem through the live streams and are connecting to the new gaming stars, analysts, influencers and other gaming ecosystem personalities and events. They have come to expect live events, key replays and instantaneous insights, all delivered in an engaging and user-friendly manner. eSports has almost become the natural progression for fans who are attracted to video gaming through the live streams.