How Do Game Designers Work? 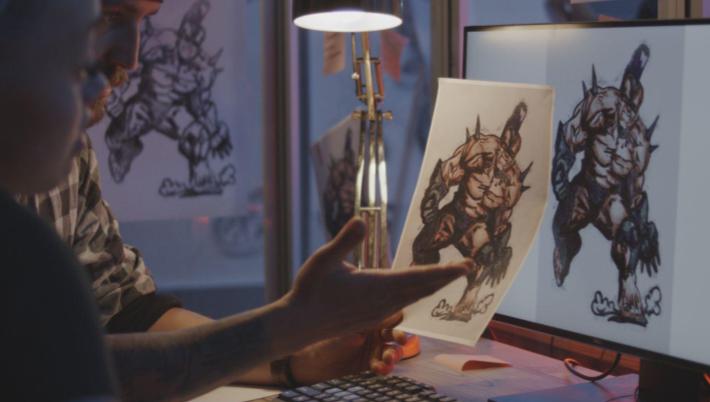 Regardless of whether you’re creating a simple platform game, a game for an online casino or a complex massively multiplayer online role-player, you need to have a strong background in game design. From the idea stage through character development and the intricacies of technological development, game designers need to be familiar with the entire process of designing games from A-Z.  Right down to the nitty-gritty of how the player can buy bitcoin additions to the game.

What is Game Design?

Game design starts off with the planning arm of video game development process. The planning process is the most important aspect of the creation of a new video game. If the game developers don’t pay proper attention to the game’s basic plan, the rest of the process is certain to fail. Planning the video game involves figuring out how to combine the creativity and technical skills needed to turn a game idea into a reality.

Once the basic game design idea is laid out, the next step involves the developing the design. If, for instance, you want to make a choice-based role-playing game that’s set in the future, you have to start considering how you’re going to proceed.

Does the game have a storyline that goes deeper than what is seen on the surface? What do your characters look like? Is this going to be a single-player or a multi-player game?

How are you going to present choices -- dialogue or implemented within the gameplay itself? What kinds of items (weapons, etc) will be available in the game and how will players be able to access those items? How to you balance tasks and fun?

Answering these questions is a large part of game design. From plot to characters, these elements guide the game design including the mechanics of how the game is played, the levels of the game and even the aesthetics. Putting all of these elements together is like a puzzle which is, in essence, game design.

Beyond creativity, game design is a technical field. To design the mechanics of the game you need to be familiar with math, programming and computer science. If you’re working for a large company where there are team members who take care of the coding and programing you might not be responsible for programming at all, but as the designer you will be overseeing the game’s production and you need to have the background knowledge to do so effectively. You will need to be familiar with a game’s construction in order to fine tune and polish the game design.

In addition, depending on the game genre, knowledge of subjects like math and balancing may be very important in designing the game itself. For instance, if you’re building a city-building strategy game, you need to plan resources, costs, resource gains, timetables and other math-related subjects. And a bit of psychology and sociology is useful as you prepare to plan the game around the target audience.

In short, designing games involves planning the game, knowing the techniques and tools needed to create that plan and being able to put the various elements together so that the gameplay will involve one cohesive experience.

How Does Game Design Differ From Game Development?

Most people refer to the “game developer” as a general programmer who works with the designer. Together, the designer and the developer plan out the technical aspects like objects, data structures, etc. Developers are generally more familiar with computer science than are designers.

Tasks that a game designer may be tasked with include: