How Do Loot Boxes Impact the Gaming Experience 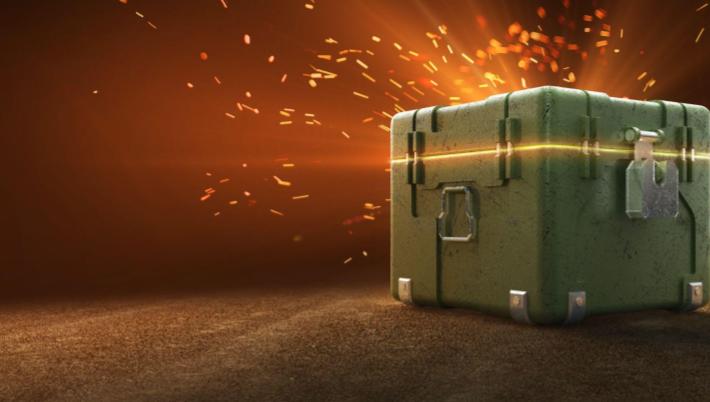 Many video gamers enjoy the inclusion of loot box rewards within computer games but critics, including anti-gambling activists, say that they are an unfair attempt by gaming companies to collect money without providing any type of product or service and that they do, in fact, constitute a form of gambling.

Opponents of loot boxes say that, while online casino gamers like our own Grande Vegas no deposit bonus codes players expect to gamble and win real money prizes, video gamers, who have already paid for their games, shouldn’t feel that they need to pay more money in order to play the game properly.

Loot boxes are items within computer games that are purchased with real money or with in-game virtual currencies or are accessed through game play. Players take a chance when they purchase a loot box because it can contain valueable items that will help them move forward in the game – skins, armour, weapons, characters – or it can contain items of little use.

Observers have been raising concerns about loot boxes for several years. They said that buying a loot box is like playing a game of chance and is, therefore, a form of gambling. This is of particular concern in games that are targeted at young people or children.

Some governments have threatened to step in to review how loot boxes are used in gaming. In Belgium and in the Netherlands, loot boxes have been determined to be a form of gambling and their sales and marketing must be conducted under applicable gambling laws.

China requires that the probability of obtaining specific items in loot boxes be disclosed clearly. Other countries are considering their own legislation to place loot boxes under the control of gambling authorities.

In the UK, the Gaming Commission has asked the government to clearly define the limits of loot boxes, saying   “Where in-game items obtained via loot boxes are confined for use within the game and cannot be cashed out it is unlikely to be caught as a licensable gambling activity. In those cases, our legal powers would not allow us to step in.” To date, the UK government has not intervened.

Analysts are closely watching the new Overwatch 2 to see how the removal of loot boxes impacts on the gaming experience.

Overwatch 1 had loot boxes and most observers assumed that Overwatch 2 would continue to feature loot boxes but instead, the new sequel is a free-to-play game with all the free-to-play monetization strategies that many players hate.

Overwatch players are, by and large, not happy with the change. Their complaints receiving a good deal of attention  by other game developers who are considering how they can continue to monetize their games without running afoul of loot box critics.

Some of the criticisms of Overwatch 2’s current system includes frustrations that buying specific characters’ skin can be accomplished only by grinding out unrewarding and lengthy challenges for currency or buying the skins for real money.

Players don’t have the same opportunities to earn loot boxes for free through gameplay and in the end, players are all ending up with the same skins. Gamers don’t enjoy the kind of opportunities that they had previously to amass a significant amount of legendary and epic skins through playing via bad luck protection and dupe protection. All of these changes are making the gameplay more frustrating and taking a lot of the fun away.

Overwatch 2 players say that, with no more loot boxes and no more “luck” of any kind, all that’s left is the battle grind and the challenge grind.

Battle passes don’t deliver any type of premium currency to buy things and at the end of the day, the system feels less rewarding, even though now there are  “paths” to specific skins so gamers don’t have to rely on randomness.

Overwatch 2 players say that they miss the protections that there were on loot boxes and would like to see the return of the system in which they could obtain valuable and cool stuff for free while they saved enough currency to buy the rest.

Now, they say, the challenges require hours and hours of work that’s worth pennies when it’s converted from game currency to the real life equivalent. You can still get legendary skins for $20, more or less, if you don’t want to grind them out but that’s only if you buy them from someone else.

The Free-to-Play model of Overwatch 2 doesn’t sit well with many Overwatch  fans.