How Do States Win with Sports Betting? 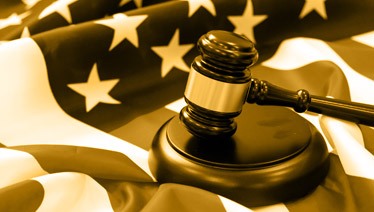 Until May 14 2018, the only state where you could legally gamble on professional and college sports was Nevada.

The American Gaming Association is estimates that legal sports betting will generate up to $26 billion in economic activity. It is also expected to increase tax revenues to federal, state, local and tribal sovereign governments by as much as $5 billion.

In addition to New Jersey, which took the question of legal sports betting to the Supreme Court, and Delaware and Mississippi which had set the wheels in motion to legalize Vegas online sports betting even before SCOTUS's ruling, other states, including Kentucky, Pennsylvania, New York and Rhode Island, have bills in their state legislatures that will, if passed, legalize land-based and online Vegas games sports betting in their state.

There's a great deal of potential for the states in sports betting. The American Gaming Association estimates that illegal sports betting generates over $107 billion every year. Tax revenue, collected as an excise tax on casino revenue less those winnings (called gross gaming revenues or GGR) and on income tax on winnings, would start to add up quickly.

States could use these revenues in one of two ways – both of which are tempting. They could add the revenues to the state budget and allocate it for public service needs including health and education. In addition, they could replace some of the income that they collect via unpopular broad-based taxes on property, income or sales with taxes that are collected from gambling activities.

It sounds simple. Tax "recreational" activities. But there are considerations that state lawmakers might want to review before they start counting the proceeds.

Gaming consumer demand is relatively fixed. New gambling venues and opportunities don't necessarily create more demand – they simply move the existing demand around a bit. This was the experience that states saw with their lotteries.

For instance, if New York opens sports betting before Pennsylvania, New York may see a significant revenue windfall. That windfall, however, will probably shrink when Pennsylvania opens its own sports betting and Pennsylvanian bettors take their betting activities home. As more jurisdictions share the action, the gross profits will be divided amongst them which reduces the take for everyone.

At this point it seems that the states that are legalizing sports betting are doing it in a way that will allow bettors to bet at race tracks or at brick-and-mortar casinos. A push to allow for sports wagering online is gaining momentum, with land-based casinos fighting the idea tooth and nail. In the end, the proponents of online betting will probably win because the states will follow their constituents' needs and expectations. The issue may take awhile to sort out and it's unlikely that the states will be willing to lose this source of potential revenue for long.

According to the American Gaming Association's latest study, annual tax revenue from online sports betting could reach up to $18 billion annually, depending on the tax rates as well as on which betting activities are taxed. Since   most states are talking about taxing only the total amount bet minus winnings that are paid out gross gaming revenue) that margin is fairly modest – for instance, in 2017,  Nevada collected about $15 million in tax from close to $5 billion in sports wagers.

What states tax and at what rate they tax will impact on their revenues. Nevada, where sports betting was allowed even before the recent SCOTUS ruling, taxes the GGR at 6.75% . The original Pennsylvania law legalizing sports betting included a 34% tax, though that's likely to be revised. In Rhode Island, where sports betting functions under the state’s lottery, the State divides up the revenues from sports betting with the gaming developer (IGT) and the casinos – with the state taking 51%. In Delaware, revenue-sharing gives the state 50% of the revenues while the rest is divvied up between Scientific Games developer, the casinos and supplements for horse racing purses. While that still puts Delaware at what amounts to a 50 percent state tax rate, casinos keep more revenue than they do in Rhode Island.

SCOTUS's ruling didn't give the states ultimate power over sports betting. It simply said that Congress couldn't prevent states from allowing, and taxing, these  types of bets on a national level. Congress may still create federal legislation that will set national standards for sports betting, taking away much of the discrepancy that presently exists between the states.

Proponents of sports betting claim that, by enabling sports betting to operate legally, it will be easier to regulate it (and tax it). It remains to be seen how much of the sports betting will come out in the open and how much will stay where it has been up until how…..hidden in illegal gambling venues and with shady neighborhood bookies.

Sports leagues, which fought hard against allowing for sports bets, now want a piece of the pie. Some leagues are asking for a percentage of the wagers or 20% of the GGR cut. This type of revenue sharing will narrow the margins for the states which will have a smaller pot from which to collect their taxes.

Casinos that cannot reap profits from sports betting might not market it or offer competitive pricing to attract customers to the legal market. Sara Slane, the AGA’s senior vice president of public affairs says “States should focus on the consumer experience and empower licensed, regulated operators the ability to offer a competitive product that fosters betting in a safe way and shuts down the illegal market. High tax rates hinder the legal market’s ability to compete with shady, illegal operators that don’t pay taxes back to the state.”