How Do You Play Games on Netflix? 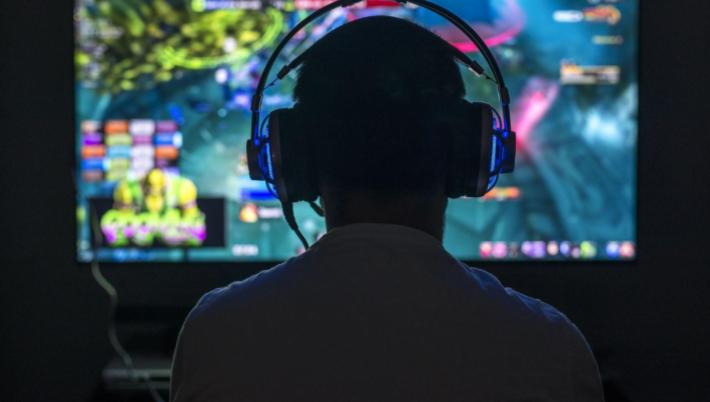 Netflix Games is the new kid on the block in the world of subscription gaming services. Alongside Apple’s Apple Arcade, the Vegas online casino and Google’s Play Pass, Netflix offers subscribers the opportunity to download exclusive games and play on mobile without incurring additional fees, seeing ads or being lured by in-app purchases.

Play Pass and Apple Arcade offer more games and are better-known than Netflix’s games section. But Netflix has promised new surprises to its gaming fans including some exclusive and popular titles.

Netflix users may not notice the “Games” tab on their mobile app but it’s there and worth checking out. If you have a Netflix account, a smartphone or table device that runs either an Android 8 or iOS 15 system and available space for downloads you can get started playing games.

Netflix offers a wide variety of game options including cozy, colorful games like Knittens, Krispee Street and Poinpy, strategy games like Into the breach and even racing games like Asphalt Xtreme. There are games that follow up Netflix shows like Stranger Things 3: The Game and Stranger Things: 1984 which is based on the Stranger Things franchise.

Las which are based on the ‘Assassin’s Creed’ game. The deal with Netflix will allow Ubisoft to experiment with fresh formats for existing titles  and tap into new audiences.  A castle-building and monster-looting game based on Ubisoft’s Mighty Quest is also expected. A third new game, a historical puzzle adventure game called Valiant Hearts, is one of the most highly anticipated releases and fans are expecting it to launch early next year.

Netflix joins Amazon, Facebook-owner Meta, Apple and Google in upping investments in video games. Toward that end Netflix has  acquired three gaming studios and launched 28 games. Their Night School Studio is responsible for the popular supernatural adventure game Oxenfree and the Next Games Finnish studio is producing Stranger Things.

Netflix has some catch up work to do if it is going to reach its goal of converting a significant number of its roughly 220 million subscribers into gamers who play on a regular basis. The market intelligence firm Apptopia said that there are currently about 1.9 million active daily users of Netflix’s mobile games – King, publisher of Candy Crush, has approximately 30 million active daily users.

According to Leanne Loombe, head of external games at Netflix, Netflix is “very committed to games” but is still at an experimentation stage as it works out which genres and styles resonate with its subscribers. “Whoever our members are we want to make sure there’s a game on there for them.” In the future, she said, Netflix is going to focus more on Netflix IP” as “that’s what we have a superpower in”.

Netflix is preparing to offer a total of 50 games by the end of the year. But Loombe acknowledges that the push comes at a time of slowdown in the gaming industry – sales and engagement are down over the past few months. Still, says Loombe,  “people are still playing games . . . so there’s still a huge opportunity for us.”

One option for Netflix might involve launching its own cloud gaming service like Google Stadia, Amazon Luna or PlayStation Now which would allow it to branch out beyond mobile and bring its games to PCs and TVs. In an interview with TechCrunch, a  Netflix spokesperson said “We are always looking for great talent to join our teams and are constantly exploring new product opportunities to enhance our member experience.”

For Netflix users, the advantages of the Netflix Games are tangible. They are able to access games without paying anything extra. There’s no need for any expensive hardware. There are many different types of games for all interests, tastes and levels. There are no in-game ads and no monetization efforts.

Netflix game highlights include Spiritfarer, Wild Things: Animal Adventures, Into the Breach, Before Your Eyes, Moonlighter, Into the Dead 2 and Heads Up