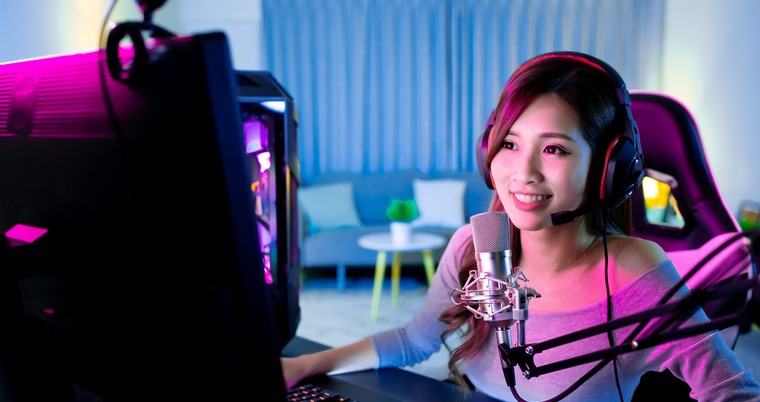 Since Facebook Gaming debuted in 2018 the platform has been posing a serious challenge to companies that previously dominated the industry. From streaming to game design, Facebook Gaming is pushing the envelope in the world of video and online casino gaming.

In 2015 live streaming was becoming popular way for gamers to share their gaming activities. Facebook opened its live streams up to gamers looking for some good old-fashioned casino sign up bonus fun and excitement.

However, there was no real structure in place and people simply streamed their gaming as part of the general Facebook streaming options.  Facebook was watching the growing gaming community carefully and soon began developing a platform dedicated solely to the gaming world.

Facebook Gaming debuted in 2018 with a Level Up Program that enabled streamers to broadcast their content and make money from their broadcasts. Since then, the platform has continued to expand. On the one hand, it’s a stand-alone platform which, like Facebook Messenger, can be accessed via its own app.

On the other hand, it’s integrated into the overall Facebook meaning that users have a ready-made audience in the form of existing friends and followers.

From its growing streaming segment to its ownership of the Oculus Virtual Reality manufacturer and its expanding game design and development, Facebook is proving that, while it’s a relative late-comer to the gaming industry, it’s now an acknowledged leader.

Two of the most exciting 2021 advances in Facebook Gaming include

As part of its expansion Facebook Gaming has added Ubisoft Cloud Gaming Service to its platform as a free service. Facebook is preparing to invest in cloud gaming in a big way by bringing Ubisoft on board as a partner so that it can offer  cloud gaming.

The new infrastructure is debuting in the United States over the summer and is scheduled to be offered internationally by early 2022. In contrast to Google and Amazon which are offering their standalone cloud gaming as a monthly subscription, Facebook is building cloud gaming into its main platform.

While Google and Amazon will deliver PC and console games over the internet, Facebook isand  focusing on mobile titles that are smaller and, thus, easier to host at Facebook data centers.

The app, available for Android, includes 25 titles including Lego Legacy Heroes Unboxed by Gameloft, Roller Coaster Tycoon Touch by Atari and State of Survival by FunPlus. Facebook has also redesigned its Play section with improved sorting and filtering options and new categories which include top game titles.

Facebook hosts over 1.5 million people monthly for  cloud-streaming gaming. With over 1.87 billion global users,  Facebook sees great potential for growth. Facebook Gaming features fewer games than the competition but believes that the focus on mobile titles will put it ahead of its competitors.

According to the NewZoo research firm, the cloud gaming market will grow to an estimated $1.4 billion by the end of 2021 and will reach $5 billion by 2023.

Facebook has not yet ironed out its differences with Apple so for the present, the Facebook Gaming app is accessible only on Android.

Facebook is introducing gaming fan groups which will, the social media company believes, help players to grow their communities. The Fan Groups are meant to be an improved Facebook Groups experience for both content creators and their fans and followers. The Fan Groups will be housed within the Facebook Gaming app. Streamers and their fans will be able to use the groups to develop deeper relationships both during livestreams and outside the streams.

The initiative is being overseen by Fidji Simo, head of the Facebook App. Simo says that the company is investing in creators’ in order to facilitate their efforts to build communities. While previously, streamers experiences in trying to grow communities outside of their livestreams were fragmented,

Simo says that Facebook wants to support creators as they try to deepen the relationship within their audiences.

The goal is that creators will find it easier to maintain a relationship with their fans and followers while they build brands, sell merchandise and otherwise promote their presence. The launch of Gaming Fan Groups will allow creators and their communities to come together and connect.

Within a group the creator will be able to organize any topic into a threaded discussion. Users can then move the discussion into a chat channel. A new post type, Looking for Players, will help group members find others within the community to play with. Badges - once used to recognize community members’ engagement in a group during a creator’s livestream, can now be carried over to the new Fan Groups. Within the fan groups there will be a “discovery” tool to help creators grow their communities and will help viewers stay connected.

At the end of a livestream a window will appear that will invite viewers into a creator’s Fan Group to help grow the groups. After a viewer engaged with a creator’s Page the invitation will be extended to invite them into the Group.

All Level Up partner gaming creators will be invited to create a Fan Group for free.