How Does Society Acknowledge Gaming? 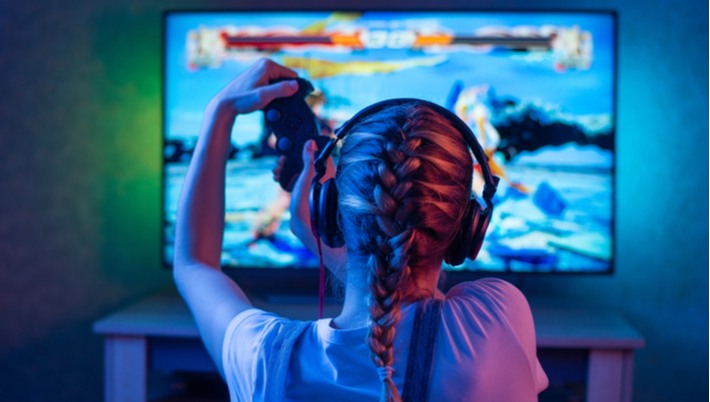 For many years gaming was ridiculed as being addictive, a waste of time and mind-numbing nonsense. Yet the growth of the computer game industry has forced critics to take another look at the activity.

Gaming has been shown to have significant benefits for educational and health applications. It’s an acknowledge sport with recognition even by the International Olympics Committee. The video game industry has grown 9.3% from 2019, finishing 2020 with an estimated worth of $159.3. billion.

The exploding industry doesn’t seem to need any further promotion but in 1992, when computer games were relatively unknown outside a certain “geek” community, a National Video Games Day was declared to pay homage to the new genre of players - video games players as well as fans of online casinos games.

We invite you to step back in history and learn more about this day of fun as we give recognition to the new world of video gaming entertainment.

A small blurb in the Hanover Evening Sun in Pennsylvania 1992 is the first known mention of Video Games Day. David Earle, president of Kid Video Warriors, initiated the day which The Evening Sun explained as “a day for kids who love video games to celebrate the fun they have playing them and to thank their parents for all the cartridges and quarters they have provided to indulge this enthusiasm.”

It seems that, originally, Video Games Day was observed in early July but as time went on, the date migrated to September 12th.  Video gamers started out observing Video Games Day with their consoles, some popcorn and a little extra time for their video gaming pastime. Today National Video Games is a serious affair when the industry, players, viewers, fans and others bring out their vintage games and compare and contrast new games with one another.

From high-speed racing adventures to role playing games, virtual dueling matches, first shooters, FIFA football, fantasy games, games that invite the player to create a universe, games based on popular movies, retro-arcade-like games and many more, there’s a lot to celebrate in the new world of video gaming.

The first video game was released in 1940 at the New York World’s Fair. It was called “Nim” and was based on the then-popular game “Nim.”  50,000 people played the world’s first video game at the fair. Other video games were introduced in the 1950s but they never made it further than university experimental labs. In 1967 Ralph Baer, often called “the father of gaming” developed a game system called “Brown Bear.” Atari followed up with “Pong” in the ‘70s which led to development of the Atari 2600 where games like “Pac Man” and “Donkey Kong” could be played.

Nintendo appeared in the ‘80s, bringing “The Legend of Zelda” and “Super Mario Bros.” to the gaming screen. Many people believe that the Nintendo games’ series can be credited for heralding today’s era of consoles and modern games. Players today can play on any digital platform including on consoles, PCs and mobile devices. Cloud gaming is gaining in popularity and many of today’s top video games are now accessible on Cloud.

The future of gaming seems to be virtual reality, augmented reality, live-streaming, esports competitive tournaments and cloud gaming. But regardless of whether you enjoy console games, classic games, high-tech games, single players games, multiplayer games, slot machines or other types of computer games, you can celebrate it with some National Video Games Day fun and entertainment.

Many observers credit the introduction of National Video Games Day to the birth of the online gaming community. Many gamers make their decisions about which console to buy, which games to play and which tournaments to enter based on recommendations from community members.

The industry features new games on this day and gives discounts on game purchases and other game accessories. Twitch and YouTube report that game streams shoot up on Video Gaming Day. It’s also a good day for game developers to highlight new tech and introduce games that players can now access on mobile. Apple and Android stores present popular games along with special features and options.

Q: What is the current most popular game in the world?

A: “Counter-Strike: Global Offensive” is considered the most popular video game in 2021.

Q: What is the most successful video game of all time?

A: “Minecraft” is considered to be the most successful video game of all time.

Q: What game has been downloaded more than any other game?

A: “Candy Crush Saga” is considered the most popular mobile game. It is #1 in the Apple App Store and #2 in the Google Play Store.

Q: What is considered the worst video game?

A: “E.T.” by Atari is widely considered the worst video game of all time. The designers buried copies of the game in the desert in New Mexico in an attempt to erase it from the public’s memory.

A: eSports draws millions of viewers to tournaments and competitive play. The last few championships of League of Legends have drawn a bigger viewership than the Super Bowl or the NBA finals.

A: Studies show that the average age of a gamer is 35.