How Fortnight Could Lead the Metaverse Revolution 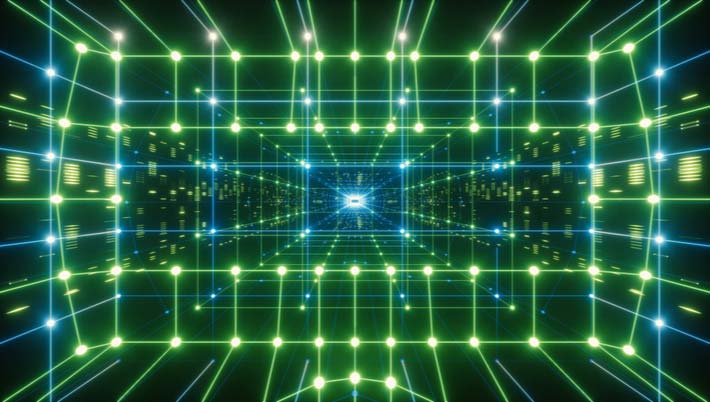 The next version of the internet is generally believed to be what is being called a “metaverse” – a space comprised of  persistent, shared, 3D virtual spaces that link into a perceived virtual universe. “Meta” means “beyond” and  the metaverse is envisioned as being a virtual space that, like the online casino, is constantly active and online. In developers’ minds, the metaverse will have its own media, shopping areas, casino sign up bonus promotions and economy.

The C-suite in Silicon Valley is obsessed with the idea but they’re not the only ones. Epic Games, creator of Fortnite, is also focusing on the metaverse. By establishing Fortnight as something “beyond” a game, the company believes, they can pioneer the new frontier.

The metaverse is where physical reality merges with the digital universe.  It’s the culmination of artificial and virtual realities where people play, work and socialize. It’s also known as the AR Cloud, the spatial internet, Live Maps, the mirror world and Magicverse.

Developers envision the metaverse as a virtual space where people enter or interact with the help of mixed and augmented reality. Leslie Shannon, the Head of Trend Scouting for Nokia, discussed the metaverse during a recent talk at the VRARA’s Global Summit. She explained that, “The spatial internet is the culmination of everything that AR and VR is developing today. It’s the idea of taking information about things, locations, or historical events and actually locating that information out there in the world where it’s most relevant.”

The metaverse is the next frontier for online interaction and brands like Fortnight are expected to play a significant role in the new arena. Thanks to its big user base, user-generated content and detailed worlds, Fortnight, which has been building the foundations of the new frontier, may be one of the first brands to offer a metaverse experience.

Epic Games, the creator of Fortnite, has made it clear that they want to make Fortnite into something more than a game. CEO of Epic Games Tim Sweeny suggests that the change is coming sooner than anyone had expected.

Fortnite wouldn’t be the first game to dip its toes into the metauniverse. Nintendo’s Animal Crossing: New Horizons has been hosting weddings and graduations during the coronavirus as social events move online.

But even though a genuine metaverse is still probably many years in the future, Sweeny believes that the time is ripe for a metaverse-light where real-world needs and activities are fulfilled online.

Cloud computing is another forerunner of the metaverse and Google, Facebook and Samsung are preparing for that event by investing heavily in VR companies. In 2019 Facebook introduced Facebook Horizon, a social space housed in virtual reality while Google has made it ever-easier to learn and work online using its cloud computing tools such as Google Docs.

Creating a genuine metaverse, however, might be pioneered by Fornite. Matthew Ball, former Amazon executive and current venture capitalist wants people to be prepared.  In an interview with the Washington Post, Ball said “We’re seeing this advancement of technology and Internet interaction and the Metaverse coming from gaming because it tends to be at the forefront of something designed for many.”

According to Ball, gamers often own powerful computer processors which allows them to enter the core of a metaverse. Metaverse involves being live and persistent in order to provide an experience that operates across all platforms and spans the real world. Spontaneous and planned events occur continuously in the metaverse which has the ability to accommodate an audience of any size along with its own fully-functional economy.

Fortnite slips easily into that definition. It emerged in 2017 as a four-player cooperative game in which players were challenged to defend a base. Later, the popular Battle Royale mode joined the base game and brought the game to new levels of success and popularity. As time went on, Fortnite became more of a social platform for Gen Z with live events that attract players and fans alike.

Fortnite has produced real-world events (such as the October server reset that put the game into a black hole for 2 days) and in-game events (including alteration of the game’s map by game-events) that attracted millions. The game includes add-ons with in-game currency and players have happily responded by buying up the extras in real-world mega-bucks. Today Netflix considers Fortnite as its biggest competitor.

Fortnite isn’t yet considered “in the metaverse.” But it’s a cultural phenomenon and has successfully developed its own social network. That, says Ball, gives Epic Games an advantage in its leadership position into the metaverse race. Fortnite envelopes a huge, excited and willing audience into its online space. In his essay The Metaverse: What It Is, Where to Find it, Who Will Build It, and Fortnite (matthewball.vc) Ball writes, “This organic evolution can’t be overemphasized. If you ‘declared’ your intent to start a Metaverse, these parties would never embrace interoperability or entrust their IP. But Fortnite has become so popular and so unique that most counterparties have no choice but to participate."

Fortnite isn’t the only fish in the metaverse water. Roblox, where users create their own games, is in the running, as is Minecraft which is a good example of how the online world can be flexible and a massive resource for real world events (In March 2020, Reporters Without Borders opened their Minecraft-housed “uncensored library -- an archive of millions of publically-available documents that was built inside the game and is inaccessible to any government that wants to censor those documents).

But even though Fortnite hosts only groups of 100 at a time, it can unite and rally millions. Jacob Navok, CEO of Genvid Technologies who works in cloud computing commented in an interview with the Washington Post, “When 2 million people watch the exact same event together, not in one room or a slightly different synchronized version but the same exact version of that event, that is the closest you can get to, in my opinion, the definition of the Metaverse. If you think about where these worlds are going, where the earliest formats of content are going to be, this is it. … It’s going to be a mix of game engines, interactivity and video."

Navok agrees with Ball that game engines are the Internet’s future.  “Client side processing will grow, therefore game engines will be the primary way in which people will have interfaces with content.”

Facebook is already seen to be a major player in the future metaverse.  At a DICE summit, Jason Rubin, Facebook’s vice president of special gaming initiatives warned that the dice hasn’t been cast year regarding what shape the metaverse will eventually take. “There’s going to be a Metaverse, and it’s not clear whether it’s going to be an open platform, or even one platform.” The debate about closed or open platforms, said Rubin, is one that focuses on more control versus more creativity. “Both sides are probably right. The arguments we should be having are, should we be more open than we are now, or should we be more closed than we are now? That would lead to a more rational discussion.”

Will COVID-19 shape the metaverse? It has certainly drawn attention to the advantages of creating metaverse communities and that, more than anything else, may be the catalyst to get the funding to get things going. The Internet hasn’t met many of the needs that the pandemic has illuminated and that’s where metaverse-supporters believe they can step in.

For the metaverse to function properly, online activity would need to work within one ecosystem. Right now, the pre-metaverse sites such as Facebook, Amazon and Google each have their own ecosystem but, says Ball, while the bigger services benefit, the smaller services can’t get a foothold.

Sweeny is looking forward to seeing the Internet reshaped in a way that makes it easier and more efficient for all systems to interface. “We need to give up our attempts to each create our own private walled gardens and private monopoly and agree to work together and recognize we’re all far better off if we connect our systems and grow our social graphs together."