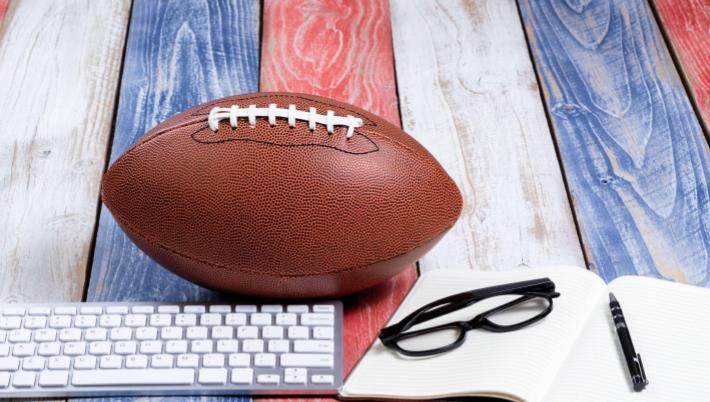 Fantasy sports involve competitions that can be played in person with pen and paper, at a Vegas online casino or on a fantasy sports platform. In fantasy sports participants put together imaginary teams that are made up of real life athletes.

The fantasy teams compete with the results determined by the statistical performance of the players that were selected. So, for instance, if you draft Tom Brady to your team and the following Sunday Tom scores a touchdown, your fantasy team adds points to its total.

From simple pen-and-paper games of the 20th century fantasy sports has exploded into an industry that includes fantasy platforms, websites, commentators, broadcast channels and more. The major influence driving fantasy sports has been the rise of social media which continues to move the industry forward.

Once social media platforms started to become centers for fantasy players, new participants joined in droves, driven by the opportunities to update, talk strategy, share their successes and failures, ask questions and more.

By 2016 the Fantasy Sports Trade Association (FSTA) estimated that approximately 20% of the U.S. population was playing in fantasy leagues in the United States, with the largest percentage of players focusing on fantasy football.

There are a number of strategies that fantasy sites are using to engage existing players and draw in new potential competitors. Two of the biggest platforms, DraftKings and FanDuel, have put a good percentage of their eggs into the social media basket and are seeing significant results.

DraftKings launched in 2012 and has embraced social media in a big way. One of their most successful strategies that has brought them a lot of success involves their contests.

Through their contests DraftKings has been successful in growing their userbase, generating brand awareness, increasing their email lists and getting followers to engage with their content. They get brands to sponsor the contest and then tag the sponsor to show the sponsor how many people the contest – and therefore the brand – have reached.

FanDuel replicates much of the content of DraftKings but they have other strategies as well.

While the fantasy sports platforms have become the center of the industry, there are other support services that also benefit from social media engagement with fantasy sports fans. They include sporting goods companies, ecommerce stores that cater to the sports industry, gyms, sports bars, fitness camps, etc.

Fantasy sports companies and supporting brands and services are, in many ways, leading the way into the new frontier of the possibilities that exist for using social media for the widest engagement possible.