How Has the Pandemic Affected Video Gamers’ State of Mind? 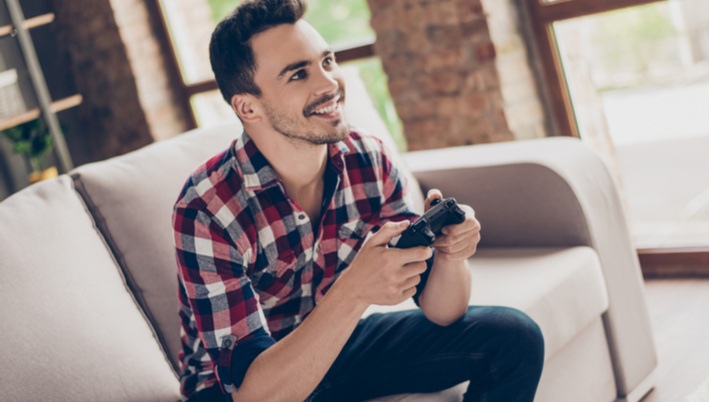 In a paper published by Sage Journal called Playing Video Games During the COVID-19 Pandemic and Effects on Players’ Well-Being authors Matthew Barr and Alicia Copeland-Stewart of the University of Glasgow identified seven ways that video games and Vegas casino online games have positively affected players.

As the COVID-19 pandemic took over the world, sending hundreds of millions of people into lockdowns and isolation, people turned to the games industry. From video games to esports to online casino gaming entertainment, people found that they could enjoy gaming fun and excitement while staying socially engaged.  Across the board, more people were playing more games than ever.

There are numerous statistics that show that the pandemic influenced people’s gaming habits. Global spending on games, video game sales, time spent playing video games and engagement with mobile games all increased significantly. Barr, a lecturer in the Graduate Level Apprenticeship Program of Computing Science at Glasgow University and Copeland-Stewart from the university’s School of Education wanted to flip the parameters and identify how the pandemic gaming affected the players themselves.

To do this they surveyed players to determine how gameplay habits affect the players’ well-being. There’s no lack of evidence to show that people are playing more games. What Barr and Copeland-Stewart were looking for was evidence that gaming can be, for many people, a vital ingredient in mitigating the effects of social isolation and stress brought about by the pandemic.

The goal of the Playing Video Games study was to highlight video games’ sociocultural significance as well as gaming’s positive impact on players’ mental and emotional well-being.

A number of companies have been tracking the increase in gaming engagement during the pandemic. One of the most extensive tracking systems is the Nielson Games Video Game Tracking (VGT) which has been following the trajectory over the course of the pandemic. VGT reports that the number of people who report that they are playing video games has increased significantly since March 2020 – the countries reporting the biggest increases are the U.S. at 46%, France at 41% and the UK at 28%.

Another barometer for assessing the increase in gaming is Twitch which tracks video game content engagement – both tracking the people who stream games and those who view gaming content. By late March 2020 Twitch engagement had more than doubled over January 2020 with hours watched growing from 13 million to 31 million.

eSports is another area that has seen significant growth. Most esports enthusiasts prefer to play the games as opposed to watch them. Since the start of the pandemic the esports industry has grown tremendously. 82% of people recently surveyed by Nielson reported that they were either watching or playing esports.

To assess the overall impact of gaming on the mental and emotional states of people living through the pandemic isolation, Barr and Copeland-Stewart conducted an online survey regarding gameplay habits.

In particular, they were asked to report whether the types of games that they play during the pandemic had changed and how their well being during the pandemic has been impacted by their gaming.  Almost half of the respondents were in the 16-24 age range (47.4%) while 35.5% or survey participants were aged 25-34 and 35–44 year olds accounted for 11.7%. 63% of respondents were male.

5.4% of respondents said that before March 2020, they had rarely played video games and after the outbreak, only 0.4% said that they were rarely or never playing.

More players reported that they had moved from single-player to multi-player games. This also translated into more players gaming online where, the respondents said, they found more accessible genres with broader appeal.  Survey participants also reported that their increase in gaming time was resulting in playing more types of games including games that challenged them intellectually and “chill games” that were more comforting, relaxing and passive.

Fewer players were looking for competitive gaming entertainment while a significant number said that they were more interested in pursuing non-violent games. Many players said that they wanted to focus on games based on exploration and other challenging themes while a significant number of others noted that they had more motivation to explore new games. The appeal of the old, comfortable, familiar games was important to many gamers.

In summary, the project determined that playing games can help people with coping strategies during stressful times, socialize during times of isolation and social distancing and manage their free time in a fun manner. Gaming also seems to have had positive effects on mental health as a stress reliever, as a mechanism for facilitating escapism and for cognitive stimulation. It also helps the player feel that s/he is exercising control and is competent.

Notably, participants said that playing video games gave structure and routine to their day and infused them with a sense of normality. One respondent wrote “being able to play them like normal with more time a day for them just lets me maintain a comfortable sense of normalcy.