How is AI being integrated into the Gaming Industry? 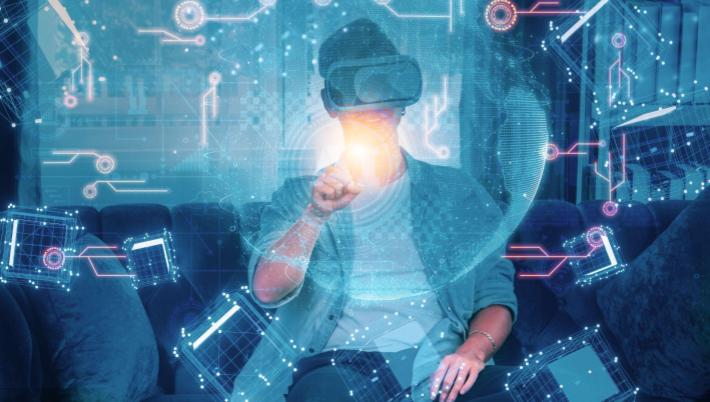 Artificial Intelligence has been central to the Vegas casino online and video gaming industry since the late ‘70s but today, the gaming industry is seeing exciting developments in the field of AI gaming.

Artificial intelligence involves the creation of intelligent machines that can perform tasks which usually require the input of human intelligence. It is utilized to overcome human limitations, notably in fields like the creation of mobile apps, targeted advertising, medicine and engineering. In the entertainment industry, AI is being applied more and more to video games.

From the days of arcade games, when Space Invaders used stored patterns to simulate arbitrary enemy movement, AI has been a factor in the development of digital games. Another early arcade game, Pac-Man, employed AI to allow the pac-man characters to exhibit different personality traits.

AI was incorporated into games throughout the ‘80s and ‘90s but it started to come into its own in 2000 when The Sims simulation game demonstrated on how reliance on AI could give the player the opportunity to assume the role of an independent being who could be controlled virtually with minimal input.

AI started to evolve from there. It was used in non-player characters that were designed to react and function like humans in generic attack/defence modes such as had existed in earlier arcade-style games.

Further development lead to Artificial Intelligence being able to generate responsive, adaptive or intelligent behaviours, primarily in Non-Player Characters that were designed to function and react like humans. These NPCs were now able to hunt players, building on the generic attack/defence modes seen in the earlier arcade style games.

The technology  could also present physical and audible disturbances to the environment and was the beginning of open-world gaming This type of AI was present in stealth games like Metal Gear Solid but in those early years, it was still rough around the edges.

Over the course of the last decade AI has played a major part in the development of games involving opponents with erratic, impulsive and unpredictable behaviors. They wanted opponents who felt real and the advancement of AI allowed for this type of authentic experience with enhanced open-world environments.

Evolving AI was allowing for improved non-player characters that could rival human competitors.

One of the first of the latest-generation of AI games was Rockstar’s 2013 GTA-V. GTA-V flaunted numerous responsive NPCsץ

In 2012, Hitman Absolution employed AI to push the open world genre to the next level and in 2013, Rockstar's GTA-v used similar tech to do the same.

These games flaunted some of the most responsive and numerous NPCs then-seen in the gaming world. In the case of GTA:V's, thousands of individual NPCs moved around Los Santos, reacting to the player and to the events of their open world realistically. Still, online, human counterparts offered players the biggest challenge.

In gaming, AI comes down to the question of decision-making. Computers go through “thought” processes when they make a decision and those decisions are based on the probability of success from the outcome of the decision. In gaming, many developers use the Monte Carlo Search Tree Algorithm which builds a thought algorithm similar to that of a human.

When playing a human opponent, before making a decision the computer builds out a tree meant to predict the end result of each potential move. The tree is rebuilt every time a move is made by the computer and responded to by the human player.

Games’ virtual worlds provide machine learning with a flexible environment that can be easily customized and in which changes can be made easily. The industry now has games that train AI software to understand various situations. Those situations can be share and reused.

Some of the best AI games currently on the market include:

This is the first game in the Halo franchise and, arguably, the most immersive and engaging. It can be played as a one-player game or a two-person multi-player game. The theme of the game involves a “Halo” which is found floating in space.

When the Pillar of Autumn space ship comes under attack by an alliance of aliens and other enemies of humanity, Master Chief Petty officer John-117 evacuates to protect the Autumn’s AI – Cortana – who carries sensitive military information which could doom everyone if she were to be captured. Together with Cortana, John-117 sets out to find defeat the Covenant and discover the mysteries of Halo.

Minecraft is a 3-D computer game where you build and create structures across different terrains and different environments. The game is set in a virtual world and involves crafting items, combat, building and resource gathering There are two main game modes: Creative, where you construct the universe in which you want to live, and Survival, where you find food, craft tools and use resources to survive.