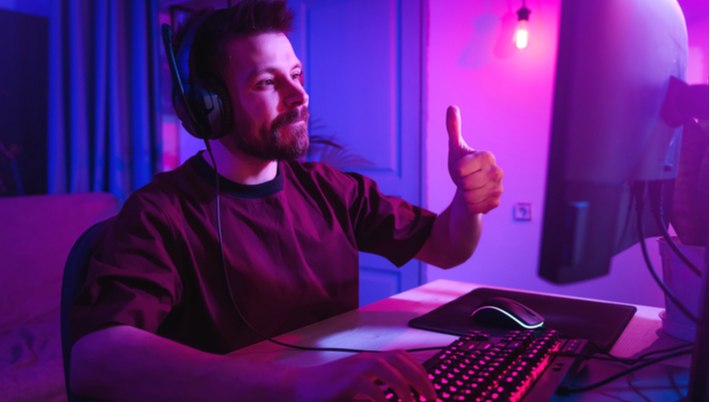 Big money – millions of dollars – may end Twitch’s reign as the uncontested forerunning of the streaming space for gamers. Facebook Gaming has been attracting Twitch’s most popular streamers, inviting them to join FB Gaming in return for remunerations of millions of dollars.

Facebook Gaming was launched in June 2020 and from the beginning, it rivaled Grande Vegas no deposit bonus code promos to draw players and viewers. The company has also been focusing on efforts to attract the world’s most popular streamers to its platform as it aims to become the #1 platform of the gaming world. Throughout 2020 and into 2021, Facebook Gaming saw considerable growth, though Twitch is still the uncontested forerunner of streaming for gamers.

At the end of 2018 Streamelements reported that Twitch accounted for 67% of livestream gaming hours watched. Once YouTube, Mixer and Facebook Gaming entered the market, Twitch’s share of the market started to decline. Today Twitch still commands the number one spot as the most popular streaming site for gaming with the most hours watched.

One of Twitch’s most popular streamers, until recently, was Disguised Toast. Until recently, Disguised Toast was disguised so no one really knew who he was or what he looked like, Today, the world knows that Disguised Toast is Jeremy Wang, a 28-year-old New York streamer who became famous on Twitch. Last year Wang was courted by Facebook Gaming which offered him a huge sum (he has not said how much) to switch to their platform. Wang bit and became the latest casualty of the war-of-the-checkbook. It seems that whichever company can wave the most money in front of many of these streamers can attract them.

Before Mixer, owned by Microsoft, closed, the battles were mainly between YouTube Gaming, Mixer and Twitch. Now that Mixer is out of the way, Facebook Gaming has stepped in and is more aggressive than ever, though Chinese streaming platforms and Caffeine, a well-funded startup started by former Apple employees are also trying to get their foot in the door.

The battles to attract top gaming talent mirrors the music and film industries where large tech platforms are trying to stand out from boost their names by luring in big names via exclusive content deals. For Facebook, Amazon and Google, livestreaming offers another possibility to attract customer attention and money. Hundreds of millions of people spend a good chunk of their time watching others play video games every day, generating billions in revenue every year.

Twitch is owned by Amazon which has some deep pockets of its own. But the market is increasingly competitive and all parties are scrambling. Creators are being lured by contracts that are totaling millions – even tens of millions – of dollars. Is Twitch doing enough to defend its position? Lee Trink, CEO of FaZe Clan, a major esports organization, says “no.”

"Twitch hasn't been that aggressive in defending their position. They haven't dramatically changed their philosophy." said Trink. Departures from Twitch aren’t new but now they are picking up their pace.

A big complaint of Twitch streamers revolves around Twitch’s enforcement of its community guidelines – or, more accurately, lack of enforcement. Critics say that there’s no consistency – some questionable behavior is tolerated while similar behavior can, at other times, result in a ban.

Fortnite streamer and Instagram model Corinna Kopf left Twitch for Facebook, explaining that “I definitely just aligned more with Facebook's views. I know for sure that Facebook is more consistent when it comes to terms of service, their rules, policies and everything."

NuFo, also known as Melissa Prizzia, would like to see Twitch offer better tools to help streamers deal with trolls on the platform.

Each platform is unique. YouTube has the largest gaming platform outside of live streaming and Facebook’s potential audience is massive – FB has more than 2 billion monthly users on its social media platform, all of whom are seen as potential customers by the company.

Twitch is owned by Amazon, also a multi-billion dollar company which, if it wanted, could throw cash at gamers. But Amazon hasn’t yet reached that decision and seems complacent about its market share – a position which Facebook Gaming is more than happy to take advantage of. Mixer led the charge while it was still in the game and now FB has taken up the mantel, to the delight of talented stars who are aware of their marketability and know that they have to maximize the opportunities now, while they still have the chance.

"The game is afoot," said FaZe Clan’s Trink to CNN "Mixer made a decision. Somebody said, 'Let's go in, let's make real moves, let's pay people to change the game.'"

Not everyone is jumping ship. Zizaran, for example, views Facebook as a “garbage platform” and says that if he moves, his streaming career will die.  And many Twitch streamers worry that if they switch platforms, they’ll lose much of their existing audience. As new streamers come aboard, however, that becomes less of a concern because the new streamers will start out on their platform of choice from Day 1.

In the end, analysts say that the winner will be the platform that proves itself by creating the highest level of real value on its platform.