How is eSports Changing Traditional Sports? 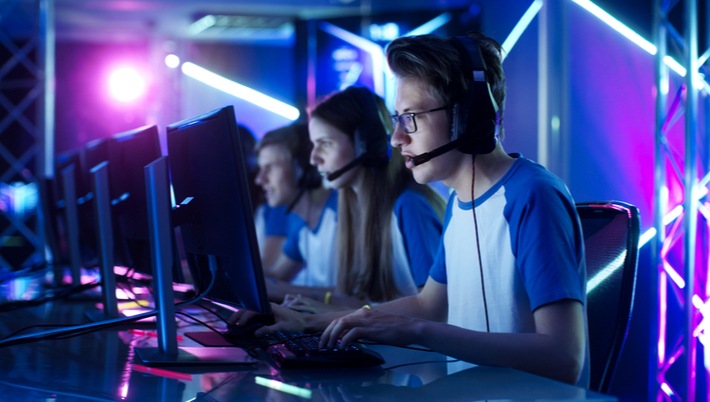 Despite cancellations, postponements and quarantines of team members, traditional sporting events have returned to stadiums around the world. But the impact that esports had on the sporting world will be felt for years to come.

Gaming During the Pandemic

One of the first noticeable outcomes of the COVID-19 shutdowns was the increase in gaming activity. People stuck at home found themselves with time on their hands and they took advantage of the downtime to play games, notably the lucrative no deposit bonus codes games. All genres of gaming saw increases in engagement from online casino gambling to video games and even board games.

One gaming segment that experienced a huge rise was the esports sector. Much of the increase was due to sports fans who turned to esports competitions to satisfy their yen for sporting contests. Now, barely a year after the shift, esports is no longer a “filler” but is a recognized sport and is changing the public’s perception of sports forever.

The esports challenge isn’t only between esports competitors or esports teams. eSports is challenging the established sports world. The industry is still young but it is growing at a phenomenal rate and shows no signs of slowing. New sponsors are jumping on the bandwagon every month, eager to capitalize on this emerging market.

One of the most successful titles, and the one that is drawing the largest number of young viewers is League of Legends. In Europe, the League of Legends European Champion (LEC) draws more 16 – 29 year old viewers than sports such as rugby union, basketball or tennis. The calculation is based on the AMA – Average Minute Audience – which estimates the average number of people who were viewing a specific event or game at any given time.

According to the study, which compared the AMA of European viewers during last year’s broadcasts of the LEC, the UEFA Champions League, a tennis grand slam and rugby union’s Heineken Champion’s Cup, the LEC won hands down. Alban Dechelotte, head of Riot Games’ business development EU, told CNN Sport “The LEC has been growing double digits for the last 6 semesters, year on year. It's kind of amazing and a challenge to see what is next for us -- how do we keep growing and keep bringing more value to fans?"

Even more important than the numbers are the demographics. The average age of an LEC viewer is 23, 19 years younger than the average age of European soccer fans. Marketers see the clear lifelong potential of this base. Fans are generally young, male and single who are either still in high school or are in college.

Dechelotte believes that this indicates an opportunity to broaden and diversify the audience along with a general bright future for the industry. He says that young people are already involving their parents and that the passion for esports will pass down naturally from one generation to the next. "It's happening," he said. "We show that parents can be proud of their children for playing esports…..Our dream is to have, one day, on the fridge, parents putting a [medal] for something that the kid did on League of Legends, the same way they do for judo."

Marketers are keeping a keen eye on the growing industry. According to Dechelotte, there are 3 different generations of brands that have been involved in LEC since it began. This points to the increasing acceptability and evolution of the industry. For years, advertisers consisted of tech companies who wanted to present their equipment to the players.  That was followed by food companies who suggested that viewers watching live events snack on their products. But now, brands including Louis Vuitton and Nike are collaborating with the industry. Dechelotte commented, "We are very well positioned in terms of audiences, in terms of vision, in terms of the way we do things and that makes us a bit different.”

Now traditional sports organizations are developing esports branches. The German Club Schalke has a chief gaming officer, Tim Reichert, and the division is getting involved in LEC. eSports, says lifelong footballer Reichert, has potential. "I realized this will be a thing for sport organizations at one point,” he told CNN Sport.  “It was quite obvious for me to see that the atmosphere, the people, the crowd and also the viewership will be at some point interesting. I was quite convinced that this will be the case in at least a very few esport titles and I think I was right…..The target group [for LEC] is perfect, the viewership is great, the publisher is strong and it's also not like these bloody sports, which are very complicated in sport organizations due to ethics problems."

In America, the Minnesota Vikings, a NFL team, is running an Overwatch League and now is preparing to expand to Call of Duty. Owners of the New England Patriots and the Las Angeles Rams own teams in the Overwatch League. The NBA 2K League has 21 teams that are owned by city franchises. Other big names that are branching out into esports include the Houston Rockets, the New Jersey Devils and the Philadelphia 76ers.

Reichert of Schalke says that, despite challenges, the esports branch is now a separate asset from the traditional football club. Speaking of the impact of the esports branch he told CNN sport, "This is something you cannot even pay with a marketing budget. We have a huge impact on the Schalke FC brand, even if it's not football. People buying our jerseys. It's not a real revenue for the size of the club, but it's a start. People start loving the esports brand and then also maybe the football brand and if you're a Schalke fan, most of the time, your kids will also be a Schalke fan so they will be most likely a fan of the esports organization at some point. There are so many add-ons to just the business we are creating. It's actually very surprising that we are the only one who is doing it on this size."

While the pandemic helped accelerate the industry such growth would have happened naturally, says Reichert. "There won't be a year in the next 20 or 30 years, where we have a decrease in viewership for esports. There is no doubt for me."