How is eSports Changing Universities? 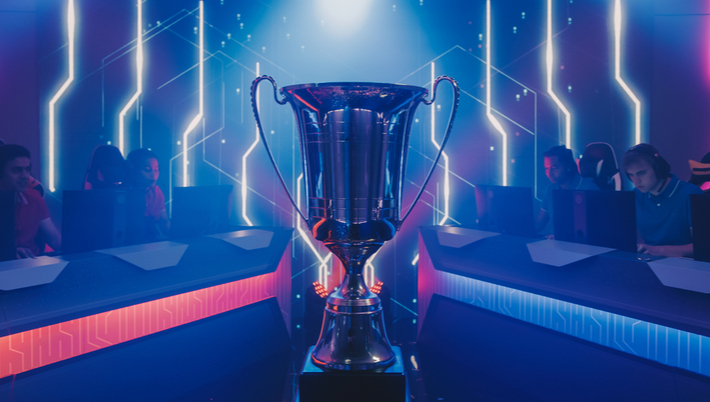 eSports is now a billion-dollar industry and one of the fastest-growing industries in the world. From 197 million eSports players and viewers in 2019 the sector has grown to 234 million esports enthusiasts today and is expected to increase to 285.7 million by 2024. Another 300 million people worldwide are occasional viewers of esports. The global gaming industry is now worth more than $300 billion. There are 2.9 Billion players active worldwide.

eSports is attracting big money as brands fall over each other in their efforts to become part of the wave. eSports is also responsible for an expanding job market as it creates jobs for people as players, coaches, team managers, game developers, event coordinators, media journalists and other support personnel.

It’s no wonder that esports sees its relationship with the educational system as a linchpin in its continued expansion. And the education systems, from elementary school through graduate university programs, reciprocate that sentiment in their efforts to move their sports programs forward and prepare their students for the job market of the future.

That’s a huge jump in the space of 8 years – the first university to add eSports to its variety program was Robert Morris University in Illinois and they took the plunge only in 2014. In addition to the official varsity program participants, many more colleges participate in college varsity esports programs unofficially.

Many of the colleges that field official eSports teams already have strong computer-game science academic programs. The goal isn’t only to train players but to prepare students to fulfill support roles as they learn about potential career areas within esports.

Through developing and managing the team website, running social media accounts, overseeing streams, managing team logistics and running in-game cameras, team members gain knowledge in many different aspects of esports that will, the colleges believe, prove beneficial to them in the future.

The esports prominence on college campuses hasn’t escaped the attention of media companies who are devoting increasing amounts of time and effort to cover events. ESPN, the Big Ten Network and other major digital and cable platforms are putting significant resources into coverage of competitive esports events which, in turn, has helped esports to capture the attention of students, athletic directors, university administrators and the public.

To date, most of that attention has been focused on the universities that are plunging head-first into esports as a varsity sport – those that construct arenas for competitions, providing scholarships to video gamers, field teams, etc.

Two colleges that have taken advantage of this media focus to build their academic programs in esports include the University of California-Irvine and Ohio State University. They have opened esports courses through communications, business, engineering, computer design and other programs.

The next frontier involves what will certainly become a reality soon – a university that will create a new collaborative school that focuses on preparing students for careers in gaming and/or opens a multi-disciplinary degree program which examines how to utilize gaming to solve real-world challenges of preparing students for careers of the future.

The reputation of college sports players as uninterested in the academic world is widely-held but when it comes to esports players, it seems to be unfounded. In 2018, 70% of Heroes of the Dorm participants and 62% of University League of Legends participants were pursuing a STEM degree while a 2018 research report conducted by the University of Surrey determined that “girls who game are three times more likely to study STEM in college.”

Not only are esports players in universities studying seriously but they are studying the more challenging STEM (Science, Technology, Engineering and Math) subjects.

Colleges and universities are pulling out all the stops to meet the needs of industry leaders who are looking for employees who have advanced technological knowledge and also professional skills such as analytical thinking, creativity, communication and collaboration skills.

Curricular resources are being gamified and academic programs can build on the STEM roots embedded in esports. In short, colleges recognize that academic esports offer a gateway to a wide range of career pathways that, in addition to game-related careers, include engineering, web development, IT and sports marketing-related fields.

As university professionals face today’s new challenges for the higher education market including a decline in enrollment numbers, the need to make college and university educations relevant for new students has never been more pronounced.

The interest in headphone makers, computer hardware companies, office chair suppliers, tournament software businesses and other esports-related businesses as well as in non-esports-related brands in offering sponsorships in return for recognition is a sought-after commodity for the universities who are happy to put out as little money as possible while they gain the most recognition for their esports programs.

In short, higher education is starting to come to the conclusion that they have everything to gain and little to lose from putting more of their eggs in the esports basket. That trend is bound to continue.