How is eSports Encouraging Diversity? 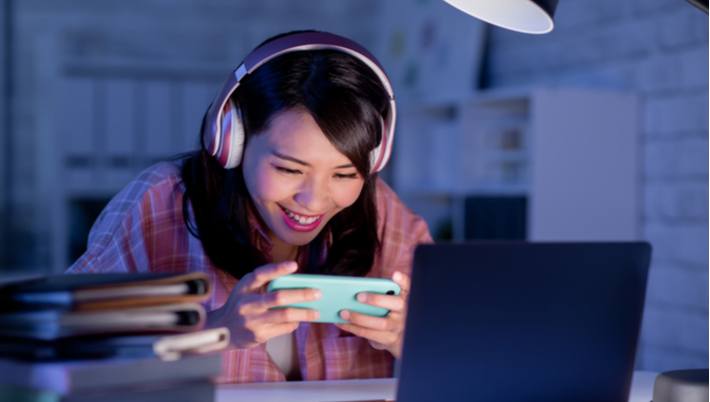 People involved in the world of esports may become frustrated with frequent comparisons with traditional sports but in one way, esports is a leading force for change – diversifying the gaming environment. Even today, even after decades of demands by female athletes to be accepted at the highest levels of competition, most sports are male dominated.

When it comes to competitive egaming the Grande Vegas online casino and other industry insiders have  questioned why males outnumber females in competitive egaming.  Statistics show that most players are male as are most of the audience in esports events. But increasing numbers of women are getting involved and as the esports sector diversifies, it’s hoped that the changes that esports is championing will come to envelop the entire sports industry.

A number of projects  have been launched with the goal of creating a more diverse gaming environment in esports. A number of social media platforms that host esports content have taken steps to silence the bullying and harassment that women gamers experience as part of their online presence. There have been public discussions on issues of race and gender diversity in esports on multiple platforms. And big gaming communities such as Super Smash Brothers, Rocket League and League of Legends are focusing on highlighting their players of diverse backgrounds.

Now a new project, the Valorant Game Changers initiative, is providing a platform where marginalized genders can compete and develop into pro gamers in the esports world in an atmosphere of welcoming acceptance and support. Valorant, developed by Riot Games, is a first-person shooting game. Approximately 12 million players log in every month to play Valorant. The Valorant Game Changers series runs alongside the main competition to give new players, specifically those from diverse gender backgrounds, a chance to develop their talent.

Senior Brand Manager of Riot Games, Vera Wienken, has been following the development of the initiative closely. She is calling it a success, telling CNN Sport, "It is very important to us to have real representation of the community within esports, within our pro players, coaches, managers. Therefore, we founded Game Changers and really hope to see that, in the future, esports overall becomes more diverse.“

Wienken believes that the key to attracting and maintaining female participation in esports in general and in Valorant in particular is representation. Wienken thinks that Valorant’s format and narrative make it the right vehicle to attract a diverse audience. For instance, she notes that the characters don’t necessarily conform to gender stereotypes so the game becomes more accessible for all.

Wienken thinks that the industry attracts fewer women than men because there aren’t enough role models for women.

"What we would like to see and what's happening already, which is amazing, is these women pro players are becoming role models for others and sharing their path, sharing their story so that women know and find their entry points."

Yinsu Collins is a Valorant EMEA host who has confronted more than her share of online harassment during her years in the esports world. She says that she has been able to ignore it by developing a thick skin but she’s supportive of the role that Valorant strives to fill in educating the industry about marginalized groups.

She told CNN Sport, "I don't think I've ever seen a title that has produced and invested in a female scene this quickly. The way Riot were like: 'We're going to prioritize the women's side. We're not going to wait three or four years to kind of give you guys a big tournament. We're just going to do it right off the bat.' I just think the dedication, the investment, obviously, you can see the way Riot is prioritizing having diversity. And you don't need to sing it to the world, you just do it through your actions."

Collins has seen progress including messages from men and boys who write to apologize for their online behavior of the past. Colllins says that she looks forward to the day when representation won’t even need to be a subject of discussion. According to Wienken, Game Changers has already had a big impact on the numbers of women playing the game and the numbers of women in the audience watching the play. The next step, she says, is the Game Changers Academy -- a community-driven format which, it is hoped, will guide and groom young women into careers as professional esports players.

With such entry points, says Wienken, projects like the Game Changers Initiative and the Game Changers Academy will become obsolete. "I hope that we don't see gender anymore when we are looking at the professional players, and we might not even need Game Changers anymore in the future because it's just so normal that esports is diverse."

Collins says that the way that the media and wider society look at women in esports will mark progress – or lack of it. When the focus of women in esports moves away from their gender to their gaming skills, the industry can sit back and say “job well done.”

"Every single time a talent line up is being announced or every single time we talk about Game Changers, I want the conversations to be about how the competition is amazing or this player has a great personality or just the crazy storylines. The same way we talk about men's sport, really," said Collins. "I think if we can get to a point where women's esports and female talent aren't just being talked about because of their gender, but they're actually being talked about because they're good at what they do, I'll be pretty satisfied."