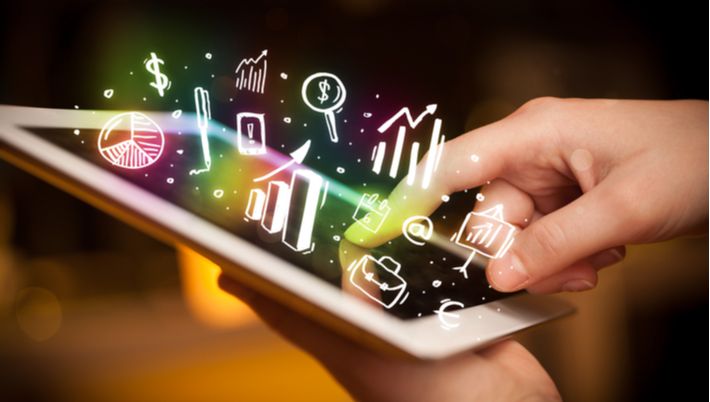 Gaming audiences relate to compelling stories that speak to their interests. New tools and techniques allow marketers to create those stories and sell their products. With an estimated 40% or the world’s population playing or watching different types of video and online Vegas casino games, it’s clear that marketers need to concentrate on the right tools and methods that will reach this demographic.

If you’re marketing to esports fans, you can’t assume that the audience is homogenous. There are different game communities, each of which has developed its own character and own tone. For example, look at the different social media outlets. TikTok is funny, Facebook promotes long discourse, Instagram focuses on hashtags and beautiful photography and Twitter is concise.

It’s clear that global esports market is on an upward trajectory. Projections are that esports market revenue will reach $1,790 million by 2022. That indicates a compound annual growth rate (CAGR) of  22.3%. A joint study by Neilsen and Twitch demonstrates that in the U.S., esports fans are extremely loyal, making esports marketing a priority for non-endemic brands.

Much of the revenue comes through sponsorships. Brands such as Coca-Cola and Mercedes have jumped on the eSports marketing bandwagon. The field is wide open, making it the perfect solution for advertisers who have found that they get more bounce for their buck.

Competition is still relatively low for marketing esports but that’s about to change. More brands are discovering the power of esports marketing. As the field widens, marketers are beginning to understand that advertising to esports fans involves a different approach. Streaming fans are immersed in the content but they want interactivity which can be activated via content features and live chat.

Some of today’s top esports marketing strategies include:

A brand needs to identify its audience and channel and craft an approach that fits that demographic. There are many different kinds of esports audiences. They include those that focus on first person shooter games, player vs. player games, time strategy games, multiplayer online battle arena games, massively multiplayer online role playing games, and others.

The marketer needs to know who is being targeted so that they can create content that will appeal to that group. By reaching out to esports teams that the brand’s target audience likes, the marketer aims to reach people who share goals and are looking for the types of products that are being promoted.

Similarly, the marketer needs to identify where the target audience can be found. Today’s most popular video game streaming platforms include Twitch, Azubu, YouTube Gaming, Facebook Gaming, Hitbox, Bigo Live and Gosu Gamers. But each platform caters to a different demographic in the gaming world.

Marketing to esports fans means targeting the platform where one’s customers are active and one’s competitors are not.

Influencers can help to drive up sales by boosting content’s viability. Marketers need to make sure that they are reaching the appropriate audience. For instance, with the clothing brand JINX wanted to promote their bomber jackets, they partnered with top streamer Shroud. By adding Shround’s insignia to the jacket, they successfully promoted the jacket on Shround’s Twitch account along with the brand’s website. JINX saw sales rise.

Brands are launching their own teams. These teams are made up of gamers who stream their gameplay and attract fans and viewers who are open to hearing about the team’s activities and practices both on and off the gaming screen. Even small brands can launch and run an esports team since such team sponsorships don’t require a huge investment.
Having an esports team represent you means that, when the team streams content, the brand gets premium sports on the stream. When team members engage with fans the brand is prominently displayed. Campaigns are steered in the direction of the sponsor who calls the shots.

A brand can launch a team on Twitch with only an investment in “Partner Status.” Then, the marketer can draw in members to the team by advertising on websites and social accounts.

Once there’s a team in place that’s promoting the brand, it’s time to start hosting events. A business might want to co-host an event with a nearby gaming arcade or pub or just proceed alone. Hosting an event gives the brand access to a ready-made fan base that is already invested in the content that the brand is sponsoring. In addition, the brand builds credibility on the platform which, in turn, brings more viewers, streamers and sponsors.

Some events to consider include mini tournaments in which a team splits into groups and the groups compete against each other.  When the event is posted on social media channels, both by the business and by other team members, it will draw more attention.

Content marketing is one of the most valuable tools that you can use to establish your brand among gaming fans and gamers. In addition to producing your own written and video content, your influencers and team players can create their own content. You can then collaborate to promote each other’s content.

Content can be promoted through in-stream ads, social media accounts and a website/blog. Brands need to keep content fresh and well-researched to advance chances of getting it out as much as possible.

Don’t forget video content. The demand for video content is expanding, necessitating the need for marketers to embrace video content and adopt new ways of standing out among the competition.

It’s estimated that over $833 million will be invested in esports media rights and sponsorships this year and those amounts are expected to go up in the coming years. Gaming audiences are young, early adopters and tech-savvy, and early adopters which means that marketers from almost every industry can adapt the age-old “tell a story” advertising dictum to video sports.