How is Kickstarter Kick-Starting a New Era in the Gaming Industry? 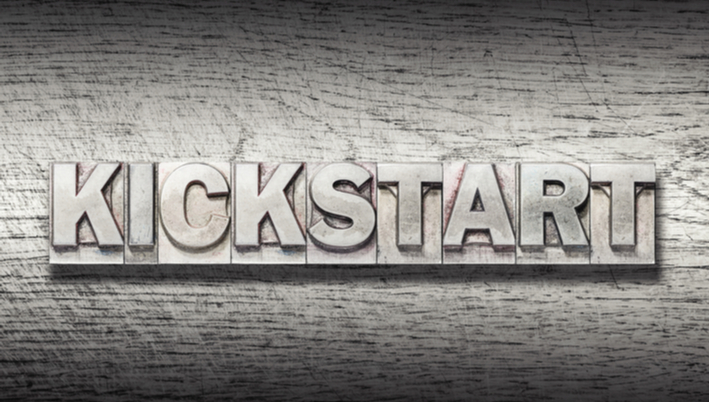 Kickstarter, the crowdfunding site, has become the catalyst for big changes in the gaming industry by giving game developers an alternate route to success that allows them to bypass the major gaming studios. Developers and designers are creating games for consoles, online casino venues, PC games and more through Kickstarter’s crowdfunding tools.  Read more for your Grande Vegas online casino guide to this new tool.

Investors understand that when they back a project, they are supporting a creator who is making a concept into a reality.

Creators generally promise their investors something tangible in return for their investment – a copy of the piece of art, book, game or software.

Gaming developers appreciate Kickstarter because it allows them freedom that they wouldn’t have if they were to work for a big studio or other gaming venue. Kickstarter is having a tremendous impact on the industry as developers find that they can bring their babies to life without relying on the mega-studios and operators.

For more than 20 years, the Internet has altered the way that games are distributed from publishers to players. Now Kickstarter and other crowdfunding sites have upended how money for game development is raised. The new model lets players choose which games get made developers and gamers become closer as players stay involved throughout the development process.

Kickstarter reports that more than two thousand new games have been successfully funded. This includes both tabletop and digital games. Not all developers are able to raise needed funds – almost twice the number of funding requests failed to meet their funding goals as did projects that got their funding. Some game developers have raised up to $1 million each while other projects make do with as little as $20,000.

The stories aren’t always ones of success – some games never do get made because the developers didn’t prepare properly or were faced with technical issues that they couldn’t resolve. But overall, Kickstarter, Indiegogo and other similar sites have had a positive impact on the gaming industry.

He had originally envisioned a Kickstarter campaign combined with his own fund-raising among his own contacts. With a number of successful projects in his portfolio, Roberts would have had no problem finding investors in the gaming world but in the end, the financial support from Kickstarter backers was so overwhelming that Roberts had to tell the investment firms that they were no longer needed.

He told insights.dice.com “Even nice investors, they want a return at some point. They have a slightly different agenda than I do. My agenda is to build the coolest game possible. If I get more money, I can have more spaceships and more environments and hire a few more people. That’s what I like. With an investor, more money means they want to have a bigger return.”

Kickstarter has its limitations. People invest in projects that are indefinitely delayed or never get completed which is a risk that they are prepared to take. But, says Warton Professor Ethan Mollick who has studied the model, total failure is rare. Out of 471 projects studied, Mollick found that just 11 projects had broken off all communication with backers and three had issued refunds.

These concerned mainly projects in which relatively small amounts of money had been raised. Mollick wrote, “Even though Kickstarter has no enforcement mechanism to prevent con artists from using the system to raise funds for fake projects, it is clear that with a direct failure rate well below 5 percent, founders appear to make attempts to deliver their projects.” A bigger problem was lateness said Mollick -– less than a quarter of the projects were delivered on time.

Some of Kickstarter’s most successful game projects include:

Castle Story is now available on Steam. It’s a cross between a single-player RTS and a Mindcraft-like building game that includes base-building, resource-gathering and defense actions against monsters that want to destroy the castle.

You build your castles on flying islands which are made up of voxels so you can build, carve and dig anything. Building the castles takes place one brick at a time, using an army of little Bricktron characters. The goal of the game is to explore a vast world full of danger, mystery, hostile creatures and other players.

Wasteland is a post-apocalyptic first-person role-playing game that is available for OS X, Linux and Microsoft Windows. Wasteland 2: Director's Cut is an enhanced release that has versions for Xbox One, Nintendo Switch and PlayStation 4. It’s a tactical combat game in which the player controls 7 characters – 4 player-designed characters which are highly customizable and 3 non-player characters. Each character has its own personality, opinions, motivations and agendas.

The game is set in a time after a global nuclear war. There are six different possible endings, depending on the decisions that you take and the directions in which you lead your characters throughout the game.

Exploding Kittens is a physical card game. It was the most-backed Kickstarter project ever. Co-creator Michael Inman who created The Oatmeal webcomic brings his art to the cards. The game is reminiscent of Russian roulette – each player draws a card which include cards to move, mitigate or avoid exploding kittens.

When a player draws an exploding kitten, that player explodes, dies and leaves the game. Defuse cards can defuse the explosions with things like belly rubs, laser pointers and catnip sandwiches.