How is Playing Games Healthy? 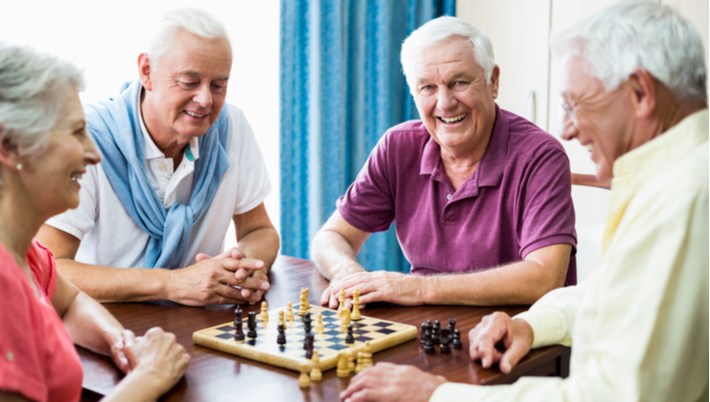 Many people consider playing games to be “juvenile”. It wastes time, they say, and distracts the gamer, preventing him from using his/her time in a more “valuable” manner. Researchers are suggesting that instead of sneering at adult video, online casino and other types of gaming, it’s time to pay more attention to the benefits that gaming bestows.

“Play” has traditionally been associated with children. Educators say that play encourages children to use their imagination through dexterity and creativity while it builds their physical, emotional and cognitive abilities. Play is vital to ensure healthy brain development and help children interact positively with the world around them.

Now, many researchers are turning their attention to the role of play in adulthood. From neighborhood poker games and church bingo to blasting aliens on the console screen, play is recognised by mental health professionals as an integral part of life for all ages.

While play is a part of the lives of people of all ages, it’s most socially acceptable in childhood. Sam Wass neuroscientist at the University of East London who specializes in child psychology, runs studies that examine children's brains as they play in his laboratory.

Wass explains that children’s brains are "over connected" - there are more links between neurons in a young child's brain than there are in an adult brain. Children’s brains are brains are "messier” and play help tidy the brain up as children learn to make sense of the world around them. Wass explains, "It helps the process of sorting out this messy wiring diagram.  You're making connections between different parts of the brain which haven't necessarily been connected before and then you're repeating it. It's through this process of repetition that you're helping to strengthen the connections between these different brain areas."

It’s not just neurologically that play offers benefits. According to Wass, the experimenting that children do as a part of their play guides them as they learn about the world around them. This is true, he notes, among children everywhere regardless of the culture or economic reality where the children are growing up.

When does that begin to change? At what age does society start to frown on people playing games? It depends on the society and the people around the game-player but at some point in adolescence, there seems to be a general feeling that it’s time for the game playing to wind down and the business of becoming a contributing member of society to begin. Researchers now caution that it’s not always a healthy move to discourage play because for many adolescents, play is an important component of identity and self-definition.

Researchers who have been exploring how video gaming helps some teens identify support networks and friends have found that teens who identify as gamers find a welcoming community in the gaming world. Lina Eklund of the Uppsala University in Sweden says that these students found it easier to "change their friends rather than their identity." They may not be consciously aware of how being part of this group is beneficial for their mental health and personal development but a growing body of research indicates that this is indeed the case.

When people think of adult  “gaming” today, they usually think about video gaming and playing casino games. The online gaming world has expanded significantly  during the COVID-19 pandemic and with it has come a body of research that indicates that adult gaming, including competitive gaming:

Researchers, mental health professionals and game developers are unanimous in reminding the public that the game doesn’t need to have bells and whistles in order for it to bestow all of the benefits listed above. There’s no obligation for a game to have a console screen, headsets, mousepads and controllers and other special gadgets for it to give people a needed mental and emotional boost.

Games can also be introduced into the workplace to meet goals of having the business run better through reduced absenteeism, more creativity, greater commitment on the part of the employees, better team building and a general feeling of being happy to be at work.

Samantha Warren, Professor of Organisation Studies at the University of Portsmouth, advises business on how to maximize play for the benefit of the business. "It's about what makes that day enjoyable, my research found that what people want is interesting and fulfilling work and the sense of achieving your goals is what makes work fun," Warren says.

Even among senior citizens, play has a role. Drew Altschul of the University of Edinburgh notes that a study that started in the ‘40s that has been researching children’s behavior and thinking skills over the years shows that playing games helps preserve brain function in older people.  "People who played more games at age 70 had a less steep decline overall in their thinking skills…..We also looked at reading and writing or playing music, but they didn't have the same effect, it was only the games."

Dr Carrie Ryan, from University College London finds the same benefits in seniors with simple games such as bingo. It’s the simplicity of it, she says, that’s the key. "You don't have to know a lot of strategy; you don't have to memorise tactics and it welcomes newcomers…..People with dementia can play and even win alongside residents without [the condition] and seeing their reaction to that was really profound…..Playing bingo was the one time I would see a lot of people who were often hunched over in their wheelchairs enliven, straighten up their backs, laugh, experience smiles and joy in a way they just didn't do at other times."

Regardless of the age, social situation or goals, the benefits of gaming are there for all to see.