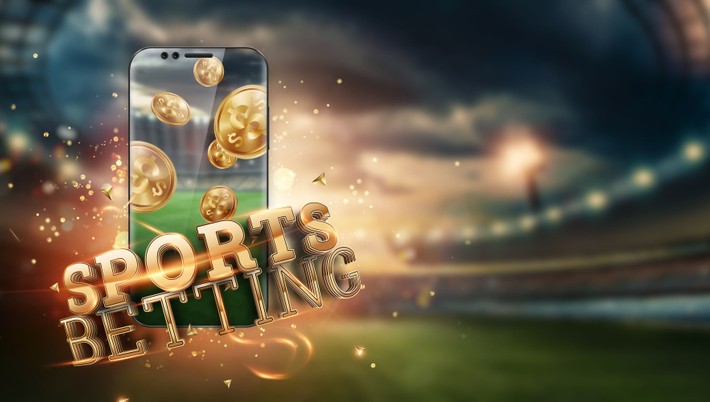 Betting on horse races was legal in many states in the 19th and early 20th centuries but it wasn’t until 1949 that a state, Nevada, legalized sports betting for all forms of sports. Nevada had already legalized most types of gambling but after World War II Nevada saw an opportunity to expand that industry and create an economic basis for the desert state.

Vegas was run at that time by mobsters and they did their best to control all aspects of gambling in the state including sports betting. However, once the US government imposed a 10% tax on all sports bets, sportsbooks stopped making money and the casinos lost interest.

Federal prosecutors broke the monopoly of organized crime on sports betting in the ‘70s and the government reduced the tax to 2% in 1974, giving casinos once again an incentive to offer sports betting once again. A unified “Vegas line” was adopted by bookmakers and local bookies became order takers for the franchise.

The sector evolved as criminal interests’ switched to point spreads and bookmakers took risks. Bets became “even money” minus the “vigorish” and betting on the underdog earned the bettor extra points while betting on the favorite subtracted points from the spread.

In 1992 the Professional and Amateur Sports Protection Act of 1992 was passed by Congress making sports betting illegal in most of the United States (Nevada was “grandfathered in” and sports betting continued to be legal in the state.) In 2018 the Supreme Court overturned the law, giving states the right to legislate sports betting within their own jurisdictions.

Sports betting is an industry that has, what is called, “vast economies of scale”. That means that bigger operations can more easily balance risks and diversify away from unbalanced risks. Those large operators can focus on the “lifetime value” of a customer and relate to each customer accordingly.

They don’t need to compete in a commoditized market in order to solicit bets but rather, they possess the legal, lobbying and financial resources needed to satisfy regulators. Innovations that they develop for specific markets can be quickly and efficiently delivered to additional customers at will.

In recent years traditional bookmakers like Golden Nugget and Paddy Power have teamed up with tech innovators like FanDuel and BetFair to become the global mammoths in sports betting bookmaking. There are no major players who are purely tech or purely traditional sportsbook. Analysts believe that the industry will continue to be dominated by the big players. The small companies need the tech and the large companies need the ability to navigate regulation.

This is changing the sports betting industry in a big way. When the sports betting market was disorganized and competitive, individual operators could successfully grab favorable bets. But with the consolidation of the industry into a few behemoth operations, the game has changed. Operators can focus on attracting and retaining lifetime customers.

Every sportsbook operator knows that the ultimate limit on revenue from sports betting is the amount that customers are willing to lose. With the new model, operators are able to keep customers losing just enough to feed the top line without pushing them over the edge so that they quit.

The theory isn’t a hard-and-fast rule. Economist Koleman Strumpf has studied the rise of the new big operators. He believes that local bookies can leverage the advantages that they have over large bookmakers because they have personal interactions that many bettors crave. They can, for instance, offer a lousy point spread to a bar full of local fans and still come out ahead.  But when viewed globally, the big companies have a big head-start.

Activists want regulators to start paying attention to practices such as that of subsidizing the bets of young people deemed likely to have a lot of money in the future — for example, children of wealthy parents, college students, etc. The companies have determined that by drawing them in now they will become more valuable for them in the future (a tactic found to be successful  in the brokerage business).

Others are raising the concern about partnerships between American companies and some of the lesser-well-known international operators. These include off-shore operators who offer sports betting in states where sports betting is not yet legal.

In Indiana, a company that has been died to organized crime is becoming a key player. There have been allegations that a multinational company that has ties to the governor got a no-bid deal in Rhode Island. In Oregon, a Malta-based company is operating even though sports betting is not yet legal in that state.

Critics are also concerned that regulators aren’t keeping up with the industry in a way that will allow them to ensure that organized crime doesn’t move back into the market. Sportrader, a Switzerland-based sportbook conglomerate, is looking to expand into the United States and is already involved in sports betting operations in Indiana.

But according to a Business Insider report Sportrader is under suspicion of having allowed partner Anthony Ricci to release quotas to illegal Italian bookmakers before those quotas were made available to legitimate sportsbooks. In addition, Fabio Lanzafame, who worked with Sportrader, has been under investigation for illegal gambling activities in Italy.

State governments need to exercise care in order to avoid trading the advantage of the lucrative tax dollars that sports betting can add to state coffers with providing a porthole that lets organized crime become entrenched in the industry. Last time, it took federal prosecutors 30 years to wrest control of the sports betting industry from organized crime.  This time, it may be harder.