How is Sports Betting Doing in New York? 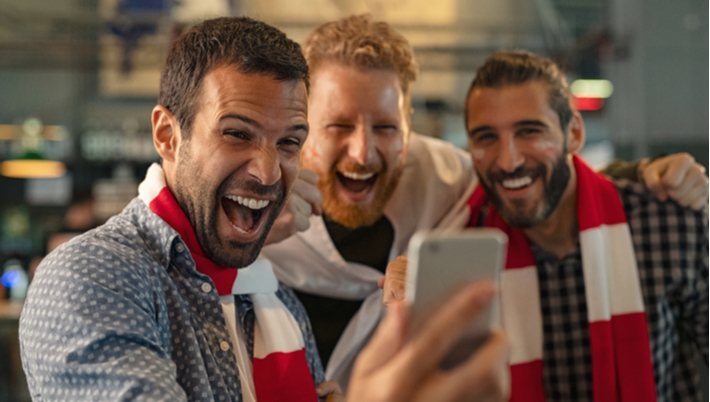 Within weeks of launching legalized online sports betting, New York has become the number one market for legalized sports betting in the United States. The new New York law legalizing sports betting took effect on January 9, 2022 and by the end of January it had overtaken neighboring New Jersey as America’s #1 Vegas online casino sports betting state.

In January alone New York saw  $1.6 billion worth of sports bets —  $300 million more than New Jersey’s previous record which was, in itself, an American legend. Observers look forward to those numbers increasing as BallyBet and other operators get ready to join WynnBET, Caesars, FanDuel, BetMGM, DraftKings, Rush Street Interactive and Pointbet in running New York sports bet operations.

New York has been waiting for online sports betting for years. Governor Andrew Cuomo was originally wary as he worried that introducing sports betting would be seen as unconstitutional under state law due to the absence of a voter referendum. But the COVID-19 budget freefall convinced him and other state legislators to return New York sports bettors to their native state from New Jersey where they had been placing cross-border bets for years to bolster New Jersey’s income.

In the 3 weeks of January 2022 sports betting the state took in 1.62 billion with another $15 million coming from the 4 upstate casinos that operate on-site sportsbooks. That’s compared to October 2021 when New Jersey took in $1.3 billion in bets.

The wait seems to have been worth it. State Senator Joseph Addabbo Jr. who has been a leading proponent of mobile sports betting for New York for years is pleased. “This is great. Going back to the first week we started, we did as much in two days as we had in two years before that. And we're still not even firing on all cylinders.”

Kevin Hennessy says that his company, FanDuel, knew all along that New York would be a strong market.“Legal sports betting in New York has exceeded all of our expectations. New York and New Jersey combined are practically the center of legal sports betting in the United States. We are thrilled with how many New York customers have signed up to the FanDuel Sportsbook, and we continue to see New Jersey as a growing market.”

The push to enter the New York sports betting market demonstrates sports betting operators’ assessment that establishing a presence in New York is worthwhile despite the astounding 51% tax rate that the state has imposed on sports betting. It’s the highest gambling tax rate in America by a large margin – the previous record was held by Pennsylvania which has a 36% tax rate.

Before January 9th, many analysts believed that operators would dial back promotional and marketing efforts in New York to compensate for the high tax rate. But that hasn’t happened as the volume involved in the market makes it well worth the operators’ investment to draw in as large a percentage of the huge NY market as possible.

The operators have universally adopted the first-mover advantage marketing strategy and are pursuing customers aggressively, more so than they have in other states. Even though most states have a tax rate of between 10% and 20% for online gambling, it has become clear that the tax rate won’t prevent bettors from betting nor will it prevent operators from operating. Pennsylvania for example, has a 54% tax rate on slot revenue yet, according to  Chris Grove CEO of  American Affiliate Co. it is “one of the biggest retail casino markets in the U.S.”

Operators are betting on the economics of scale. That theory says that, in relationship to sports betting, if an operator can capture 15% - 20% of the market share, they can expect to be able to absorb the high tax rate and enjoy a healthy profit. The scale of the New York market is a perfect example of a situation in which a high tax rate can be worth it to both the state and to the operators.

New York’s first sports betting operators – WynnBET, Caesars, FanDuel, BetMGM, DraftKings, Rush Street Interactive and Pointbet – are each focusing on establishing a strong early customer base. The first-mover advantage means that operators who gain a strong market share early on are generally able to hold onto it. FanDuel, for instance, was the first to go live in New Jersey where they still enjoy a 40% market share. In Virginia, that’s 50%, demonstrating that operators to establish a strong share  in the early days enjoy the highest level of future success.

Mike Raffensperger, CMO of FanDuel, said that it didn’t employ any more aggressive tactics in New York than it did in other states but “in each scenario we’ve recognized that being early, demonstrating the quality of our product and getting some of those early trials from sports bettors really matters.” This is because the first people  to sign up with a sportsbook tend to be the most valuable customers in the long run.  Once a customer starts wagering with one operator it’s difficult to woo them to a competing platform.

Operators are also focused on a strong showing in New York because, as the most populous state, customers in other states – even potential casino partners – might be impressed by an operator’s strong performance in New York and want to connect with that operator based on the impression that that operator offers a popular brand.

When all is said and done, the bottom line for the operators is profitability and now that the excitement of sports betting launch has died down, the promotions are expected to die down. Raffensperger observes, “It’s a balance of taking advantage of a moment like a market launch, with over the coming months and years being stewards of our business and ultimately managing the promotions, economics, media spend in New York such that we’re going to be a sportsbook for decades to come.”