How is the Gaming Industry Addressing a Lack of Diversity and Inclusion? 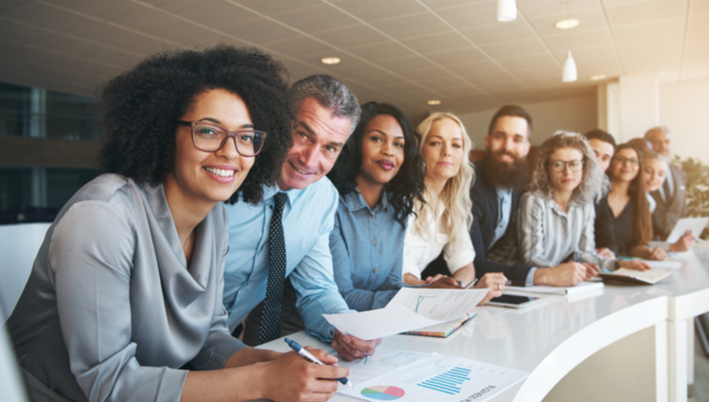 The under-representation of minorities in the entertainment industry is of concern to many observers, industry insiders and the public. Gaming is a growing industry worldwide. More than 3.24 billion people play video games, including Vegas casino online games, worldwide with the highest number of players living in Asia.

In recent years the entertainment industry has been under scrutiny because of its lack of diversity, regarding the lack of minorities working in the industry and in its portrayal of minorities in the media. The gaming sector has come in for its share of criticism, especially after the design of the sorceress character in Dragon’s Crown, Gamegate and the Activision Blizzard sexual harassment allegations of last year turned the spotlight on gaming companies.

Activists say that they want to see increased  representation of minorities in the workforce, increased representation/positive depictions of minorities in games and greater focus on catering to minority customers.  They also want the industry to confront sexist designs in games and online harassment of female gamers. Doing so, they say, would go a long way to facilitate a more tolerant society.

Claire Bolton, game designer and member of the LGBTQ+  community wrote in a blogpost on the issue of diversity in the gaming industry, “I would offer that not only can we better serve and portray underrepresented groups in games, but that we should, both for the sake of our ever-expanding industry’s continued survival and in the name of compassion as a virtue that we as designers should always seek to embody.”

Diversity in the Workplace

There are multiple hurdles to overcome in increasing diversity in the gaming industry. One issue involves the self-fulfilling prophecies that people of color and young women don’t see themselves represented in the games so they’re less likely to participate in the workforce.

Anne-Marie Imafidon, co-founder of Stemettes which offers STEM workshops and events for young women says  “Society doesn’t see technical women enough so it’s assumed that they don’t exist and ‘technology isn’t something women do. These attitudes and social norms permeate decisions made at all levels so women aren’t hired, promoted or given positions of responsibility and the cycle continues.”

In addition, the gaming culture is one that finds it hard to break away from its focus on young men, both regarding its portrayal of “heroes” and in the way that it ignores harassment of women. Damilola Odelola founder of Blackgirl.tech which provides workshops introducing black women to technology notes, “Gamergate is an example of the shortcomings. There was a public outcry, but the issue wasn’t addressed properly by the industry. The reaction felt superficial.”

Finally, institutional discrimination and abuse seems endemic to the industry. In the 2015 Gender Balance Workforce Survey which surveyed approximately 40% of the women working in the gaming industry in the UK, 33% of respondents said they’d experienced direct bullying or harassment because of their gender and 45% of respondents reported that they felt that their gender was a limiting factor in their career progression.

Triple-A games – those published by major publishers – overwhelmingly feature conventionally handsome, hetrosexual, white, able-bodied men. Many of the games revolve around a storyline in which these men – usually ex-military or police – set out to rescue or avenge missing girlfriends, wives or daughters. There are few minority characters in the games which perpetuate a masculine ideal.

Critics point out that there’s little positive female representation in games and little representation of people of color. Female characters are portrayed as “sexy,” both in clothing and in demeanor. These repeated prototypes set a pattern that’s hard to break.

There’s also a lack of diversity in the world of competitive gaming where women and people from minority communities are sorely under-represented. Even though gaming is gender-inclusive – men and women can compete on the same level – professional men players still outnumber professional women gamers.

Women’s only tournaments exist but they aren’t at the same level as the major esports competitions. In addition, women players are often faced with  online harassment that is disheartening and threatening. In recent years, there have been a number of initiatives aimed at increasing women and minority participation in esports – Women in Games, Female Legends, WomeninGaming (Facebook) and AnyKey are a few of the programs designed to increase female participation in competitive gaming.

Many analysts say that if the industry can address the issues of diversity in the workplace, diversity in games and diversity in competitive gaming, the subject of how to reach out to customers of different backgrounds will take care of itself.

Gaming consumers are activated by the games and by the gaming community. As young gamers and players from multi-cultural backgrounds join that community, if they see themselves represented they will respond in kind through involvement and purchases.

And, at the end of the day, that’s exactly what the gaming industry wants.