How is TikTok Impacting the Esports and Gaming Industry? 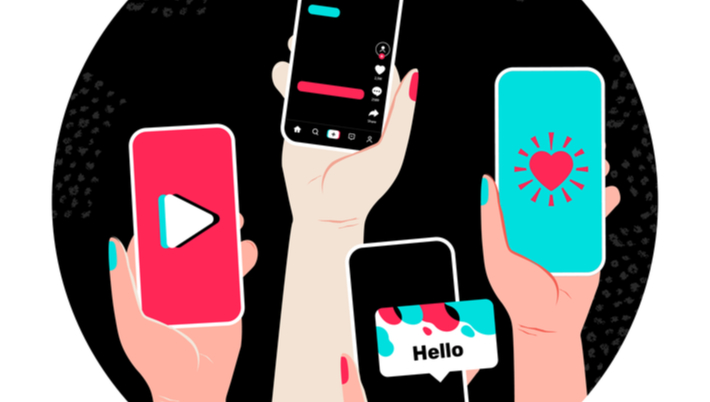 From the early days of social media, it has served as a vital tool to promote and grow the esports gaming sector. eSports competitions don’t have a significant home crowd so social media has been a vital conduit for the brand’s  personalities and voices.

Over time, Instagram, YouTube and Twitch have emerged as the main online platforms to convey esports action and engagement. Now, TikTok has introduced its own brand of communication to the esports world and its channel-swapping interface is turning it into an important tool in the esports industry.

Our Vegas casino online takes you inside this new, integral element of the esports world.

TikTok is a video-sharing app that gives users a platform to use to create and share videos. The videos can be up to 15 seconds and the content can be…..anything.

Users can add the TikTok special effects, filters, sounds and song snippets to their clips along with reactions features. The videos can be added by uploading a video from a phone or created directly on the TikTok app on the phone. Users call it a “video-sharing social network” that is used to create dance videos, challenges, magic tricks and funny videos.

TikTok launched in 2017 and almost since its launch, gamers saw its potential as a tool that they could use to promote their content which streams on other platforms. As soon as a viewer opens the app the videos start playing one-by-one to draw him into entertaining video content. The nature of the app is addictive (Tik Tok now notifies users if they’ve been on the app for more than 2 hours straight) which makes people watch random videos for hours at a time.

Brands realized almost immediately that they would need to use non-conventional methods to leverage Tik Tok. It’s difficult to see how it can be a marketing channel because there’s no space for traditional display ads on the screen. But a number of brands have noted that they can generate interest in their brand by involving celebrities and influencers in their brand-specific promotional content and by featuring challenges and contests on TikTok. Hashtags have become a major tool in this effort.

The gaming industry is optimizing Tik Tok’s use of artificial intelligence for industry needs and interests. Other social media apps such as YouTube, Spotify and Facebook have timelines that are generated algorithmically but Tik Tok reviews users’ engagements and interactions to analyze their preferences and interests.  The content feed is created based on the amount of time that a user watches a video. So, for instance, whereas on the other platforms, content is recommended and the user chooses, on Tik Tok the platform dictates what the viewer sees.

India has the biggest percentage of its population on Tik Tok – 41.3% of downloads – followed by Brazil and the U.S. These countries, not coincidently, have huge percentages of the public either actively gaming or watching esports and other competitive video games. All this is propelling gaming companies, agencies and operators to try to figure out how to optimize Tik Tok for their needs.

A number of teams already have amassed large numbers of Tik Tok followers. Teams such as Team SoloMid, 100 Thieves, G2 eSports, Spacestation Gaming and Cloud9 are investing time and effort to develop strategies for working with TikTok. The first step is to find out how the Tik Tok audience can be drawn into their content.

Riot Games was one of the first in the industry to experiment with the potential of Tik Tok. In 2019, during the League of Legends World Championships finals, Riot partnered with Tik Tok to launch it GIANTS original music track by activating a hashtag challenge that challenged viewers to upload their own in-sync content with the track. The authentic content creation sparked rapid hitting and growth.

Alay Joglekar, social media lead, Riot Games, told The Esports Observer “This was a highly collaborative partnership and fantastic learning experience for Riot, as we continue to focus on growth across relevant platforms that our players are engaging on. After this first deep dive, we plan on partnering more closely with TikTok to deliver even more custom experiences for existing and new fans.”

ESL, an events/production company and third-party tournament organizer is also partnering with Tik Tok. They have set up two separate channels, one for general esports content and one for its Counter-Strike: Global Offensive match highlights in which bBranded hashtags #mygaminglife and #progamer  mix snapshots of gaming life during the COVID-19 lockdowns with meme-ified esports moments. According to ESL, both channels amassed 2.3 billion views in the first 10 days.

TikTok and its creator ByteDance now feel ready to go beyond providing a platform for the gaming community to use and consume content. According to Bloomberg, in an effort to move into the mobile gaming market and challenge industry leader Tencent Holdings, ByteDance is acquiring gaming studios and exclusive distribution rights. They are also poaching talent in an effort to field their own team.

Generation Z -- the demographic consisting of people born between mid-late ‘90s to the early 2010s – compromises the majority of Tik Tok viewers and the Global Web Index reports that the majority of this age bracket is consuming significantly more video content than they did before the COVID-19 pandemic.

Tik Tok and ByteDance are building on this by licensing and porting popular PC titles to mobile. They are also building a distribution platform via the company’s WeChat and Mobile QQ platforms with a game service that will, they hope, capture their captive audience and cement themselves in gaming and in esports.