How Much is Being Invested in new Casino Entertainment in the Caribbean? 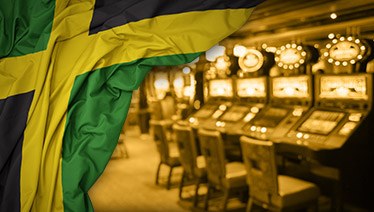 Jamaica has decided to join other Caribbean countries including the Turks and Caicos Islands, the Bahamas, the Virgin Islands and Puerto Rico in opening a regulated Vegas casino on the island. According to Minister of Tourism Edmund Bartlett, the first casino should be up and running by the start of 2020 and two more licenses will follow.

Bartlett spoke to the 'Hospitality Industry and Casino Operators' Guide to Managing US Liability Issues from the Caribbean' seminar which was held in early December at Sandals Montego Bay.

According to Bartlett, the government believes that a casino can contribute needed revenue to the Jamaican economy. The government also expects that the casino will add to tourism and lead to an anticipated two per cent to GDP growth.

Bartlett explained the decision. "We have shied away from gaming as a structured path of the tourism experience for a long time for a number of reasons, one of which has been the experiences that we have looked at in other places, and we have seen some of the attendant negatives, and we question very much whether or not we would be able ourselves to manage and be able to deal with the negative impact of it."

He said, "We wanted to take a deeper dive in this area because it does provide a lucrative element of the tourism product and that it had the potential to drive growth to a level that would put Jamaica where it ought to be in terms of the level required to generate additional GDP growth."

Bartlett believes that a casino in Jamaica has the potential to draw three million stopover visitors and earn $3billion in revenues. In recent years Jamaica has seen a sharp upturn in tourism – 4.3 million visitors last year alone – thanks to the country’s focus on prioritizing tourism marketing. Bartlett said, "The fact is that casino [gaming] for Jamaica, is not a requirement for our growth, but within the context of the integrated development model, casino gaming is a driver for exponential growth, so we do not see Jamaica ever becoming a casino destination, but rather a destination in which casino gaming is available. Casinos should represent no more than 20 per cent of the value of the experience that is offered as the integrated development arrangement."

Jamaica is prepared to offer 3 casino licenses at the first step in developing a casino industry on the island. The government has already announced that it will require operators to commit to invest US $1 million and construct a minimum of 1,000 rooms as a pre-condition for applying for one of the 3 licenses.

Bartett said, "The casino must come with shopping, entertainment, with music and with maritime experiences and a whole range of other experiences because we wanted to make sure that the balance remained so that there wouldn't be stand-alone casino arrangements all over Jamaica."

The casinos wouldn’t be the first gambling venues on the island. Jamaica has a national lottery and a number of horse racing sites where tourists and Jamaican citizens bet on the ponies.

Supreme Ventures Limited is Jamaica's lottery company. It has opened a video-gaming operation in the Satro building in Georgetown, Guyana as it prepares to expand to the neighboring country. SVL, which is licensed to offer sport-themed gaming, will open an ibet shop which will function under the Supreme Ventures Enterprise Inc  and the Supreme Ventures Guyana Holdings Inc.

It’s already agreed that more shops will open in 2019 as part of a SVL retail network. SVL Chief Executive Officer Ann-Dawn Young Sang described the project. "To date, we have invested a little under $100 million in the start-up of the business, including the purchase of the iconic Satro building on Croal Street in Georgetown, which will house a state-of-the-art gaming lounge space."

Guyana is SVL’s first operational foray outside of Jamaica.

Young Sang said that SVL believes that, given the status of the Caribbean gaming market and economic developments in the region, it is now "perfectly positioned" to expand beyond its home base. Guyana is a target for the company because economists believe that, thanks to new oil reserves found in Guyana, it will soon have a thriving middle and upper class that will be drawn to casino entertainment.

"We looked closely at underserved or underdeveloped gaming markets across the region, and identified those that would provide significant growth opportunities," said Young Sang. "A careful analysis of the English-speaking Caribbean showed that Guyana was an excellent prospect, based on their economic indicators such as GDP growth and the imminent start of oil production in the country, which will drive significant economic activity."

Supreme Ventures also runs Jamaica’s horse racing sites. The company acquired those sites in March 2017 from the Jamaican government. Young Sang said that British they plan to include British horse racing early next year. "We will be bringing Jamaican racing from the historic Caymanas Park to the Guyanese market, as well as American racing from legendary tracks like Belmont Park, Saratoga and others."

SVL plans to offer pool betting to Guyana, a country which is technically in South America but identifies with the Caribbean. Young Sang says that pool betting provides better payout options than those offered by bookmakers who give fixed odds.  He said that this will open up the market to a larger pool of Jamaicans and Americans betting on races.

Currently, there are only 2 casinos in operation in Guyana. The Guyana Lottery Company is Canadian owned and offers games such as Daily Millions Lotto Supa 6 and Lucky Lady. SVL’s multijurisdictional Super Lotto is the Caribbean’s first lottery game. It is available in eight countries and is the dominant gambling event in Jamaica, bringing in annual revenues of $56 billion. According to Young Sang, the company aims to bring these types of gaming opportunities to Guyana.