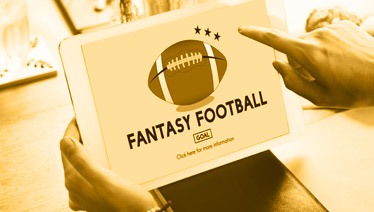 When SCOTUS ruled that states could legislate sports betting in their states, no one realized the impact that it would have on the fantasy sports industry. The Grande Vegas daily fantasy sports has benefitted from the new sport betting reality and is on the cusp of a major growth spurt in New Jersey and around the country.

SCOTUS ruled on Christie vs. NCAA in May, deciding that the Professional and Amateur Sports Protection Act that Congress passed in 1992 is unconstitutional. This ruling opened the door to state legislatures to legalize sports betting in their own states. The big winners are the gamblers, the casinos and the state treasuries who will collect taxes and other profits from the revenues earned by the gambling sites.

Daily fantasy sports companies like FanDuel and DraftKings also stand to gain from the new reality. It's expected that sports gambling will account for a big chunk of their business. FanDuel CEO Matt King said that he’s “excited about the future" and believes that sports betting revenue will eclipse fantasy sports revenue at some point. “We have exciting ideas from a game features standpoint that we will embed into our current experience,” he said. “What users will see is a simple integrated experience in our core app.”

For daily fantasy sports sites, that means that users will be allowed to gamble on the outcome of games or total points legally – something that's been happening illegally for many years.  Illegal sports betting is a $150 billion-a-year industry so by making it legal, companies such as FanDuel and Draft Kings will be able to take the bets above the table.

FanDuel is planning to launch its sports betting offering as soon as this NFL season though they're keeping an eye on competitors. King said that he believes that a market expansion like this one is bound to attract many new competitors. “We have a tremendous foundational business, but we need to execute really, really well. I’m optimistic but also very realistic that it’ll be quite the battle.”

DraftKings, another Fantasy Sports company, is also excited about the new opportunities that the Supreme Court ruling offers. DraftKings plans to debut its sports betting platform during the NFL season. They join Fantasy Sports investors in looking forward to the new horizons. Investors saw the SCOTUS decision double the value of their fantasy sports company's equity stake.  One investor confided that he is expecting another 25 to 30 states to legalize sports betting in the coming year. “And once states start legalizing sports betting and it becomes common practice, it could be more like five times,” he said.

Daily Fantasy Sports (DFS) is one of the hottest things to descend on the sports world since Hank Aaron. The industry is relatively new but it's taken the sports world by storm, raising hundreds of millions of dollars in venture capital and making their companies and the entire industry a household word.

DFS is based on fantasy sports which has been around for quite some time.  Players who play fantasy sports participate by assembling imaginary teams using real players who represent different professional sports team. For example, if you're playing fantasy sports football, you might create a team with a quarterback from the Detroit Lions, a running back from the Chicago Bears, a wide receiver from the Atlanta Falcons, and so on.

Everyone else in your league does the same thing. Once the teams are assembled they compete against each other. Points are assigned to certain actions — if your quarterback throws a touchdown, for instance, you get 6 points. If your wide receiver nets the team one point per catch he has the game. When the games end you add up all of your players’ points. The team that has the highest score wins.

Fantasy sports games typically occur over an entire season — in the fall you assemble teams and the winner isn't declared till the season ends in January. You continue to play with the same players that you drafted at the beginning of the season unless someone wants to trade with you.

Daily fantasy sports are a bit different since, as the name implies, they last for a day. You assemble your team by drafting your players in the morning. The winner is declared when the games end in the evening.

DFS and the Law

Until recently, it was only legal to bet on traditional fantasy sports based on the Internet Gambling Prohibition and Enforcement Act of 2006. That act contained a carve-out that differentiated, specifically, online gambling and sports betting from fantasy sports. The rationale was based on the belief that fantasy sports was about playing with your friends as opposed to betting on sporting events.

Until May Daily Fantasy Sports were underground, viewed in the same way as was sport betting. It was legal only in Las Vegas, as was sports betting. The FBI investigated DraftKings and Fanduel to determine whether the daily fantasy sports activities that they offered were gambling, which would have violated federal law.