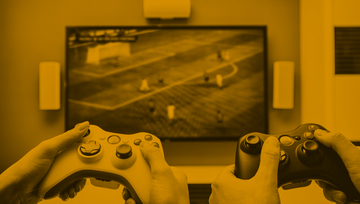 Gaming today, including video games, social media games and online casino games is a $99.6 billion industry. From land-based casinos to online and mobile casino sites, VR and AR games,  video gaming and other types of online and offline gaming activities, the industry is growing quickly. Industry observers credit social media for much of the rise, especially social gaming which is worth $2.15 billion in the U.S. alone.

Some analysts are surprised. They say that they would have expected social gaming to compete with other forms of gaming. But, as it turns out, social gaming is actually propelling the entire gaming industry forward, sometimes at the expense of the social platform itself.

How is social media changing the gaming industry?

The diminishing attention span of the average citizen, regardless of age, has been well-documented. It doesn’t take Sherlock Holmes to figure out that the Internet plays a big part in this. When you’re on the computer or on a mobile device everything is available and accessible immediately. Nowhere is this felt more than on social media where an individual can put up a post, video, photo or any other type of communication and receive responses and feedback within seconds.

Parallel to the Internet, social media has also been a significant contributing factor to our collective diminished attention spans. Steve Dimopoulos, an Australian politician who has been active in promoting fair gambling legislation in Australia, commented “With social media, many people have learned to expect instant gratification in a lot of things they do, and one of the ways social media is changing gaming is that people want their games to be more instantly available—they want it here and now.”

Facebook, which has come to the same conclusion, was one of the first social media giants to follow up on this observation. Facebook launched an Instant Games feature in which users can play games without the need to install new applications. The feature is an HTML5 cross-platform gaming experience which is, many say, the future of gaming due to the fact that gaming and social media are becoming increasingly interwoven.

One big advantage of social media gaming is that they enable browser-based multiplayer games. These include io.games such as Agar.io and Slither.io, whose growth is being driven by social media platforms. In recent years, players have been accessing multi-player games directly from their social media profiles. The popularity of such games is growing and the social media sites are putting mega-bucks into developing more such games.

Social media gaming places a great deal of emphasis on peer involvement. This isn’t the right type of gambling entertainment for loners. The image of the isolated geek who spends his days and nights playing in his mother’s basement has no place in the world of social gaming – social gaming is all about involvement with peers.

That’s good but it’s not always great. It’s still addictive and some people supplant their job, family and friends with their new social gaming network. But when it’s done right, it can be quite healthy. The player communicates and collaborates as he shares hits with social media friends, shares progress videos and walkthroughs and discusses directions of favorite games with other like-minded social players.

The industry is seeing a rise in social media gaming ads as platforms try to increase exposure for their services. Social gaming ads are much more prevalent  today than they were even a few years ago. Research shows that ads for social games outperform other forms of social media marketing significantly. In one study, researchers discovered that the average engagement rate of social gaming ads is 20 percent. That compares with just 0.5 percent for Facebook brand pages.

Many observers believe that social gaming ads are a major trend to watch out for: “With statistics showing the resultant high engagement that comes with it,| said one analyst “you can expect the interest in social gaming ads to continue to increase. This is good news for game developers as well as for advertisers that want more exposure for their offers.”

At some point, statistics show that social media users prefer the experience of playing a game with friends over chatting and posting. Snap and other platforms are expanding gaming possibilities. Marketing pros are convinced that social media games is the future for social media.  "I don't think the Facebook user base is going to grow," Steve Weiss, CEO of MuteSix, an advertising agency that focuses on Facebook. "As Instagram becomes more widely accepted and understood, you're going to start seeing [the number of] Facebook users might flatten out or even decrease, but they might migrate over to Instagram."

Yet the number of Facebook users continues to grow --- up to 2.3 billion at last count.  That’s a lot of potential for social media gaming.