How to Play Fantasy Sports 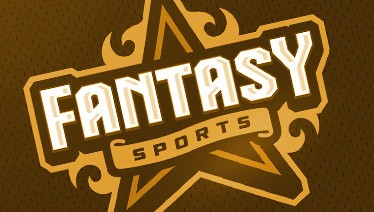 Fantasy sports allow you to try out your skills as a fantasy owner.  You can play at the online casino on your PC or on your mobile device as you join a league, build your team and compete for the league prize. It’s easy to learn how to play fantasy football, conquer your competitors and become a champion.

Anyone can play fantasy sports. It’s fun and intriguing to create your own team out of real players from the various teams.Participating fantasy sports competitors meet new friends and join in friendly competition while enjoying their favorite sport. You can keep everything straight and narrow or participate in some of the funny sidelines that football fans get into in the “real” Sunday afternoon games -- wearing a certain jersey, eating special meals or keeping an old hat on your head.

Getting started takes a few minutes. You join a public league which you can sign up for immediately or put in an application to a private league and wait for an invitation to play. It’s your decision whether you want to play for fun or for money -- before you decide you should understand the type of league that you’re joining and its rules. League selection is probably the most important single move that you’ll make so do your research before you plunge in.

To start assembling your team you will need to research all of the available players so can pre-rank them. It’s important to create a foolproof draft strategy to experience ultimate success which means that you must fully understand your league’s scoring system and roster set-up.

Some league (friends, co-workers, etc) conduct the draft in person but most of the time the draft takes place online.. You’ll need to plan carefully so that you draft all of the correct positions which will give you your full team foster.

Your goal is to get into the playoffs by winning as many games as possible during the regular season.

Throughout the season you can make moves to improve your team.  You are in total control of your team as the team owner so you can replace players with free agents, drop players that you think aren’t performing well, bench players, bring in temporary players and trade players with other team owners.

AT the end of the fantasy season, if your team has made the playoffs, you’ll square off with the other playoff teams in a single-elimination tournament. Winner becomes the league champion. That may mean a trophy, a cash prize or some other type of honor.

In addition to season-long fantasy sports there are Daily Fantasy Sports (DFS).  DFS requires that fantasy owners select players on a daily (or weekly) basis, not on a seasonal basis. In DFS, player selection is generally done with a salary cap in place. This is instead of the usual snake draft which means that  players don’t pay attention to bad situations or long-term sleepers. The emphasis, instead, is placed on finding the highest amount of production at the lowest cost in order to create the best team.

Typically, DFS are structured as paid competitions in which each winner receives a share of a pre-determined prize. The contest entry fees fund the prize and a portion of those fees go towards the provider to pay for the service.

There are apps available to help you along. The apps offer important information, along with  tips and advice, from the experts and from other team owners. This data allows you to get the most out of your fantasy sport season. Some of the top Fantasy Sports apps include:

Draft Dominator, by Footballguys, is for serious football fans. The app give you player updates, depth charts, commentary, game scores, cheatsheets, rankings, newsletters, podcasts, projections, forums and more. You can filter the information so that you get exactly what you want to hear or read.

This app offers a number of unique features such as a draft list update that you can check during the draft and options to weight the season by week in order to place extra importance on particular matchups or bye weeks In short, this mock drafting research doesn’t host fantasy league but it does help you play for fantasy matchups.

Yahoo is probably the best app for dedicated fantasy sports fans. It hosts more users and leagues than any of the competitor so it offers the most complete information about all types of fantasy sports. The official Yahoo app serves primarily as a league application. App users also have access to expert analysis, stat updates and mock drafts .

Yahoo’s app covers four types of fantasy sports -- football, baseball, basketball and hockey You can switch between the leagues, view breaking news, check community forums and exchange messages to ascertain the potential competition. You can also use the app to manage your roster, make trades and pick up wavers.