How to Start Streaming your Vegas Casino Online Gaming Content 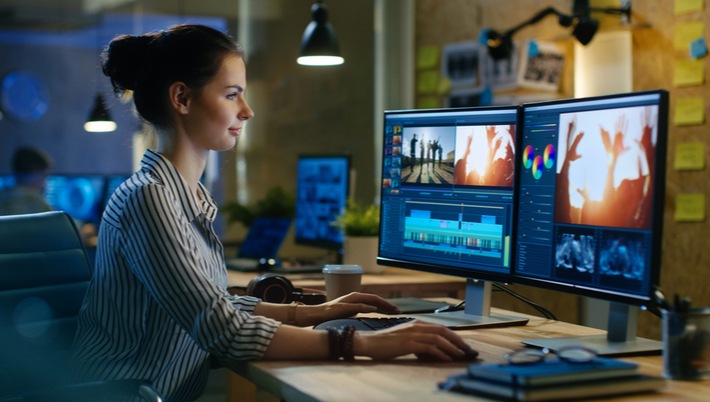 If you’re considering starting a Vegas casino online gaming stream, there are many elements to consider. Is it worth your time and effort? What do you expect to get out of it? How should you get started? What streaming service should you choose? Some online casino gaming consultants say that the market is already saturated and that you shouldn’t put your efforts and resources into a stream. Others however, believe that the market is just starting to grow and that if you have something to offer, you can find your place within the streaming community.

A group of popular streamers have shared some of their tips about how to get started in the world of gaming streaming. They note a few things that, they say, everyone should know before they get started.

For one thing, they say, you won’t make money at the beginning unless you have something special to offer. There are plenty of gamers out there who put their content up on the Internet but those who succeed are those who have something extra to offer – a sparkling personality,  the ability to share different types of information along with the gaming content, or something else that’s “a little extra.” Even then, it’s not a sure thing, but that extra content will go a long way towards putting you on the road to establishing a money-making enterprise.

You should also keep things in perspective. It’s true that a streaming channel can be fun and exciting and give you the opportunity to meet new people. You can enjoy the streaming as a rewarding hobby  that has the potential to grow into something bigger.

On the other hand, becoming a streamer means committing to long hours of hard work, dealing with stress, putting your efforts into an unpaid gig (at least at first) and coping with the repetitive nature of competitive video gaming.

If you’re doing the streaming as a hobby, there’s no pressure. But if you want to build up a following and turn your gaming into a money-making operation, you have to be prepared for the downs. You might find yourself streaming to only a few viewers for months at a time.

You may also discover that keeping a schedule – which is what you have to do if you want to build up your channel but which is difficult, especially if you have other work or family obligations – is tough. Viewers expect to see their streamers online several times a week, at the very least. If you can’t manage that, on a scheduled basis, you should probably consider putting your efforts into something else.

You also need to think carefully about what content you want to put up. You may love League of Legends or Defense of the Ancients (DOTA) but the airwaves are already flooded with players who are competing at those games. While many viewers search for new players, even those playing the old favorites, it’s still a good idea to find a game that doesn’t already have such a large number of gamers covering it.

It’s suggested that you focus on smaller games because the chances that you’ll be further up on the search page for that game are greater. Then, you can grow your channel. If you want to move to another game, don’t switch because you’ll lose viewers. Just add the new game to your existing content.

Twitch, an Amazon subsidiary, is the oldest and most established gaming platform operating today. Most gamers who eventually moved to other platforms  started out with Twitch. Twitch features a customizable and flexible interface so you can lay out your channel in a way that best suits your channel content and style, user-friendly monetization tools, a simple and effective subscription model for long-term earnings and a chat box layer that allows you to have chat messages appear on your screen at any time during the screen.

On the flip side, Twitch has the largest number of streamers so it is very challenging for new streamers to get noticed. Its size also makes it unwieldy so streamers may find it challenging to contact platform management if needed. Trolls are everywhere on Twitch and the company doesn’t provide much help in getting rid of them. Finally, the lack of platform moderation makes it problematic, especially for streamers who want to attract serious brand partnerships.

YouTube is the biggest video platform and it has the most recognized brand. Many Twitch streamers share their content to YouTube as well to catch the larger audience. It’s the preferred platform for viewers whose interests include coding, technology, experimental content and review and the Super Chat tool is great for monetization. Another useful tool is Stream Now which makes set up easy. One of the biggest advantages of YouTube Live is the fact that it’s fully integrated into YouTube so anyone with a YouTube Live channel will come up more readily in a search.

On the downside, YouTube and YouTube Live is blocked in many countries. That means, a significant portion of the world’s population may not be able to see you, depending on the politics of that particular moment. YouTube Live is recommended for streamers who want to focus on gaming along with other topics.

Facebook Gaming is the new kid on the block. In opening a gaming platform, Facebook wants to focus on combining gaming with social media. In linking the two, Facebook makes it easier than ever to attract followers and fans through their social networking tools.

Setup is another plus – it’s easy to set up a live stream to FB. Another major asset of Facebook Gaming is its ownership of Oculus, a virtual realty tool. Through Oculus Facebook Gaming is aiming to get exclusive rights to games such as the VR version of Assassin’s Creed and thus attract VR viewers.

There are still some glitches in the Facebook Gaming platform which may keep potential streamers away. Streamers who don’t pay for ad-space don’t get the priority of those who do pay, a turn-off for many. Also, the FB algorithm doesn’t always notify viewers that a streamer is live in a timely fashion. Finally, Facebook privacy issues haunt Facebook Gaming which is a major frustration in an age when the need for privacy is of increasing importance.

If you’re committed to giving streaming a try, find the right platform for your needs, create content with which you are satisfied and move forward into the new gaming world.