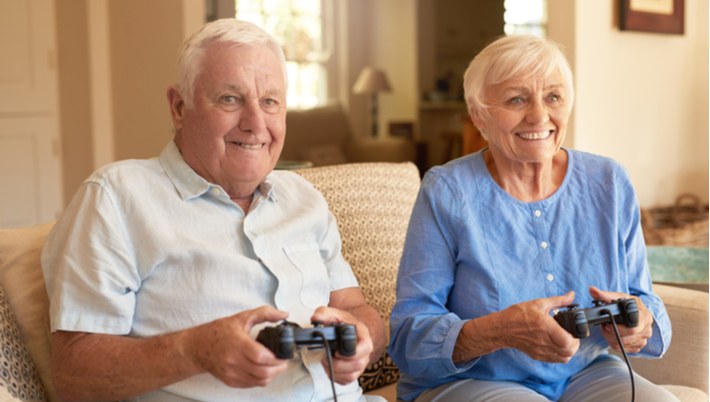 According to the research firm NPD Group, Vegas casino gaming is more popular than ever. Video game makers earned 27% more in 2020 over 2019 for a total of $56.9 billion. Observers note that much of the boom can be traced to pandemic boredom and the need to find activities to pass the time. In addition, people are looking for safe ways to connect socially and playing video and online casino games offers such an opportunity.

Psychologists and sociologists note that gaming is now a mainstream form of entertainment. Joost van Dreunen, adjust assistant professor at the NYU Stern School of Business says “Historically, game companies targeted only a narrowly defined audience. Van Dreunen, who wrote “One Up: Creativity, Competition, and the Global Business of videogames,” says that “the digitalization of games and the popularization of the smartphone have resulted in a much broader and more diverse audience being interested in interactive entertainment experiences.”

Increasingly, that audience is including older adults. David S. Heineman, associate professor of communication studies at Bloomsburg University of Pennsylvania and author of “Thinking About videogames: Interviews with Experts” says that gamers’ ages have been skewing older for the past decade.”

“People who are 50 now were kids when the first Atari PONG systems came out and they also played arcade games, so there is a childhood nostalgia associated with videogames,” says Heineman. In addition, there’s been an evolution in the graphics of the games and a shift toward a wider array of stories that appeal to a broader audience than just teenage boys.”

Older gamers may not be as intrigued by many of the first person shooter and role playing games that younger players like but today’s video games also feature task games, mysteries, puzzles and even love stories.

According to an AARP survey , the number of adults aged 50 and over who play digital games grew 20% between 2016 and 2019.  The research team at the AARP concluded that "Video games have gone mainstream as [older] gamers find pleasure and functional utility in gaming. Over one-third constantly try new games. With increased access and use, older adults are using gaming to connect socially, stay mentally sharp, reduce stress and just to have fun."

If you’re an adult “of a certain age” and are ready to see what all the excitement is about in the world of gaming, there are a few things that you should do to prepare before you embark on your gaming adventure.

Some things that older gamers might not be aware of include: