How Will June 2022 SCOTUS Ruling on Texas Gaming Tribes Affect Future Gambling in the Region? 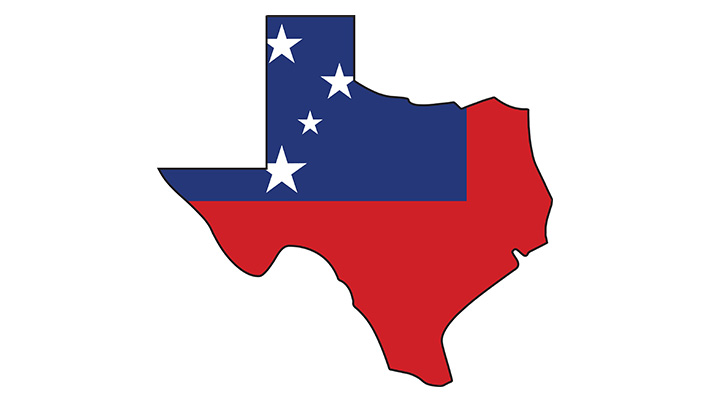 Last month the U.S. Supreme Court handed down their ruling that confirmed that Texas tribes could continue to offer bingo games on their tribal lands. The fight between the tribes and the state which dates back over 25 years clarifies the limits of state law when it comes to activities on Native American lands.

Now, legal observers say that the state should prepare for how the ruling will affect the entire Texas gambling landscape including whether the Native American tribes in Texas will attempt to open casinos, offer online gambling, like our own Grande Vegas online casino or even sports betting to Texans who currently have no other legal gambling options in the area.

One of the first operators to make a move to take advantage of the new opportunities in Texas will almost certainly be Las Vegas Sands which has been trying to get a foot in the potentially lucrative Texas market for years. States bordering Texas including Oklahoma, Louisiana and New Mexico have thriving casino industries and much of their business comes from Texas residents who cross the borders to play games and place bets.

Pro-gaming lawmakers in Texas have long lamented lucrative gaming revenues that their neighbors lap up which should, they believe, rightfully be staying in Texas.

One such venue is the Chickasaw Nation’s WinStar World Casino and Resort which is located just across the state line from Texas in Thackervill Oklahoma. WinStar has the largest casino floor in the United States which serves hundreds of thousands of Texas players every year, mostly from the Dallas-Fort Worth area.

Thanks to last month’s ruling the Tigua Indians of El Paso have been given the go-ahead to continue to operate bingo games at an El Paso entertainment center. The ruling also benefits the Alabama-Coushatta tribe which runs bingo games on its reservation near Houston.

Barry Jonas, gaming analyst for Truist Securities, expects a ripple effect that will have wide-ranging ramifications for gambling in the area. Now that the tribes are authorized to offer gaming, the state might move forward legalize the operations of commercial casinos which would then affect the gaming industries of the surrounding states, notably Boyd Gaming, Caesars Entertainment and Penn National Gaming casinos in Louisiana.

B2 Global Managing Partner Brendan Bussmann emphasized that the new situation “may start to force the conversation as locations near El Paso and Houston offer a regulated gaming experience to customers in those parts of the state.”

Last year the Texas legislature rejected Las Vegas Sands’ casino gaming proposal but the company is now launching a Political Action Committee in an effort to renew the effort. Pro-gambling legislators want to see a casino referendum on the ballot by next year and they believe that public sentiment is decidedly pro-gaming. Analysts say that the SCOTUS ruling gives a boost to those who want to see casino gaming come to Texas.

The stakes are even higher when the issue of sports betting is raised. Texas doesn’t yet have legalized sports betting but neighboring Louisiana does and a good portion of the $12.6 million that the state has taken in in sports betting tax revenue has come from Texas.

This is especially true in the western part of Louisiana where the Lake Charles and Shreveport-Bossier markets have seen high numbers of Texas mobile sports bettors placing their wagers in area casinos. The two major casinos in Lake Charles, the Golden Nugget Lake Charles Hotel and Casino and the L’Auberge Casino Resort see high traffic from Texas.

The question on everyone’s mind is, if the tribes can now operate bingo gambling operations on their native lands, why can’t they put servers on their lands and operate mobile sportsbooks there?

Ever since the Supreme Court ruled, in 2018, that states should be allowed to regulate their own sports betting laws, 33 states and the District of Columbia have passed some sort of sports betting legislation (retain, online or both).

Texas, however, has shown resistance to legalizing the industry in Texas but the SCOTUS ruling that gives native tribes the right to operate gaming activities on their reservations may be the straw that breaks the camel’s back as the inevitability of legalized sports betting becomes overwhelmingly apparent to all.

Any such initiative would have to be negotiated between the tribes and the state of Texas as part of a tribal-state compact. The state, however, might be feeling that they are under the gun and that they need to move forward while they still exert some control.

Even anti-gambling legislators in Texas acknowledge that the Supreme Court ruling that the state can’t block tribal-run bingo, including ebingo, could ignite more changes to Texas gambling rules – including online gambling.

BetMGM is anticipating such a change and has already signed an exclusive Sports Betting Partnership with the Houston Astros while Jackpot.com, an online lottery operator, is raising funds to target Texas.

Many observers believe that, if sports betting comes to Texas, the state would immediately become the largest sports betting market in the United States.