How Will Oculus Quest 2 Change the Gaming Industry? 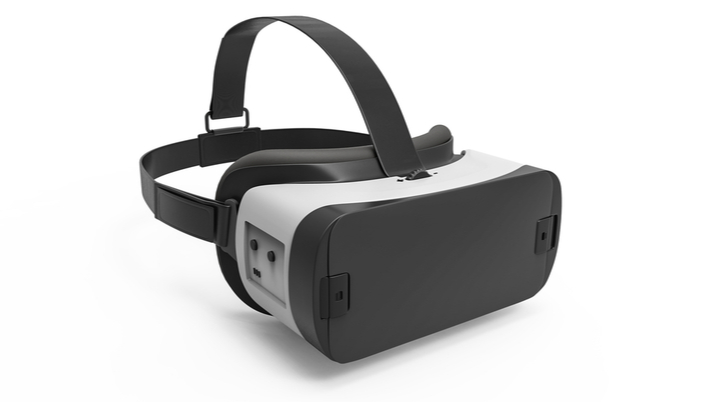 The majority of gamers are not yet using VR technology but that may change as the Oculus Quest 2 VR headset hits the market. Cost is one reason that VR hasn’t yet penetrated the gaming industry in a meaningful way but with the introduction of the VR-enabled metaverse, that may soon change. Users ranging from esports players to Grande Vegas online casino USA gamers to casual gaming aficionados are set to explore the increasing importance of VR in the world of gaming.

Many in the gaming industry are already resigned to the fact that VR headsets will be an accepted part of gaming in the future. Currently, gaming is a $200 billion industry. An estimated three billion gamers play globally and more are expected to join as youngsters who have grown up in the digital world find gaming to be their preferred form of entertainment.

Gaming is already the largest sector of the entertainment industry, having surpassed movie/TV and music. The $69 billion Microsoft purchase of Activision Blizzard this year points to the importance that tech giants place on the gaming industry.

Razorfish and Vice Media Group’s recent study of Gen Z found that 20% of the entertainment/leisure budgets of gamers now aged 10 – 25 will be earmarked for in-game purchases over the next five years. Currently there’s not a lot of demand for VR headsets as only 3% of Steam games require VR tech.

Oculus Quest 2, also called Meta Quest 2  following Facebook’s rebranding as “Meta”, is a virtual reality headset. It is the successor to Oculus Quest and is scheduled to go on sale this summer. The Oculus Quest 2 is Facebook Reality Labs’ best VR headset yet.

It’s comfortable to wear, lightweight and powerful enough to run detail VR experiences.  With Oculus Quest 2  you can set up accounts, play games on any level, enable voice commands, connect a smartphone, rely on a safe VR space and enjoy virtual theatre including Netflix content.

Netflix comes with a number of games preinstalled in demo form including Journey of the Gods, Space Pirate Trainer, Beat Saber, Creed and Sports Scramble AFAIR. There are also free games that you can access using the Oculus Quest 2 headset as well as options to purchase other games (average price $30).

The Quest 2 is the most affordable VR headset given the features that it offers. You can get phone notifications, wirelessly stream to PCs, connect with virtual meeting apps, pair with keyboards and do basic fitness tracking.

As of now, there are few VR games but if the Oculus Quest 2 takes off, the market is expected to open significantly. Future VR features might include sports, concerts and VR virtual field trips  for the classroom.

Meta Platforms, which is also the parent company of Facebook, is betting on the Oculus Quest 2 as a devise that will allow it to diversify beyond its current Facebook, Instagram and WhatsApp platforms.

Those three platforms account for approximately  97.5% of the company’s revenues. Meta’s global business vice president Nicola Mendolsohn to CNBC that “everyone’s talking about the metaverse.”

Reality Labs, the Facebook division that is developing Oculus Quest 2 and other hardware and software for the metaverse, is Facebook’s bet on the future. Despite the costs of maintaining Reality Labs – which posted a loss of almost $3 billion in the first quarter of 2022, the company will continue to invest heavily in its expansion.

Meta CEO and Facebook founder Mark Zuckerberg supports that, saying on a recent earnings call, “I think it’s going to be longer for Reality Labs than for a lot of the traditional software that we’ve built. We are making large investments to deliver the next platform that I believe will be incredibly important, both for our mission and business comparable and value to the leading mobile platforms today. Now I recognize that it’s expensive to build this. It’s something that’s never been built before.”

Sarah Ostadabbas, assistant professor of electrical & computer engineering at Northeastern University says that advances in VR technology is happening so quickly that having a VR headset may soon become standard equipment for gamers.

Widespread adoption may be “just one or two killer applications away,” Ostadabbas said “With high latency and poor headtracking, previous VR was basically useless,” she said, and added that Oculus has “already overcome these biggest limiting factors.”

Following the launch of Oculus Quest 2, Reality Labs is gearing up for the release of Project Cambria, a higher-end headset that could be in the stores by the end of this year.

Meta is looking over its shoulder at Apple which has been rumored to be developing its own headset. David Lasala, team lead at New York University’s interactive development & XR technology says that the rumor that Apple is on the verge of releasing industry-distrupting AR/VR hardware has been making the round for years. But, until something concrete emerges, Meta will continue to be acknowledged as the industry leader with the Valve Index a close second.

Ostadabbas believes that at some point Meta will focus on building an OS platform but for now, the launch of the Oculus Quest 2 is on everyone’s mind.  According to Mark Zuckerberg,  “the best experience will be on virtual and eventually, augmented reality platforms, and especially on our platform like Quest,” but he added that the company plans to make it easy for people to enter the metaverse from more platforms, and “even without needing a headset.”